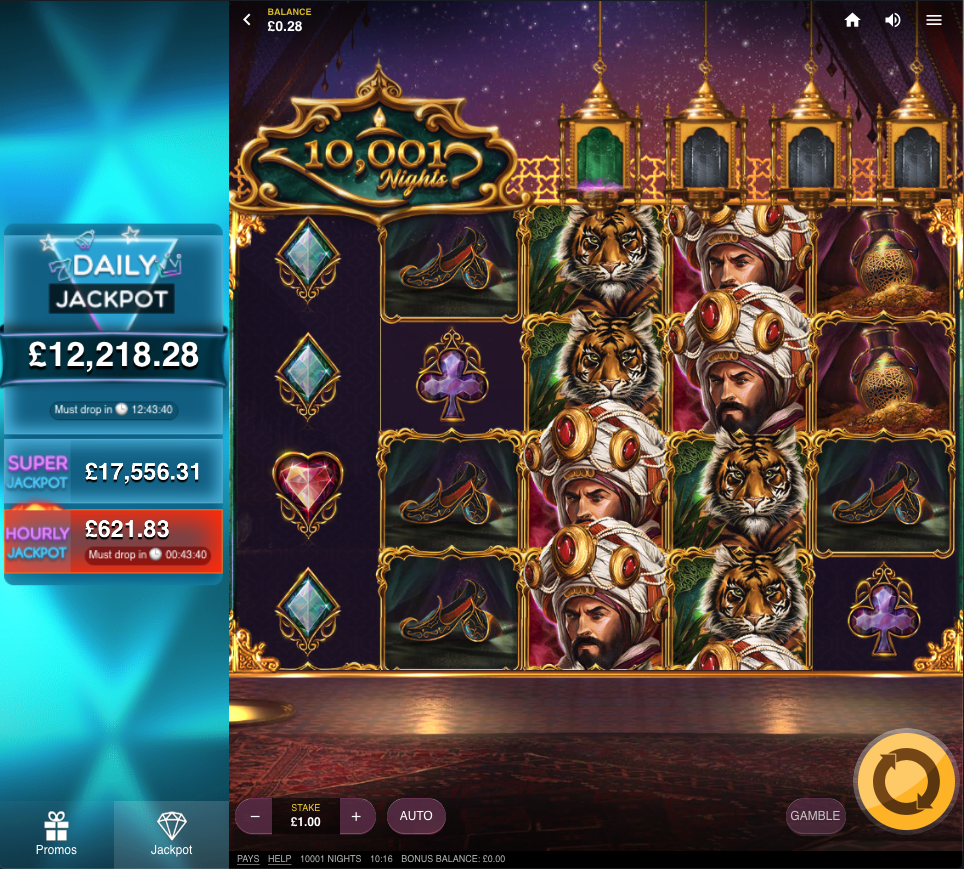 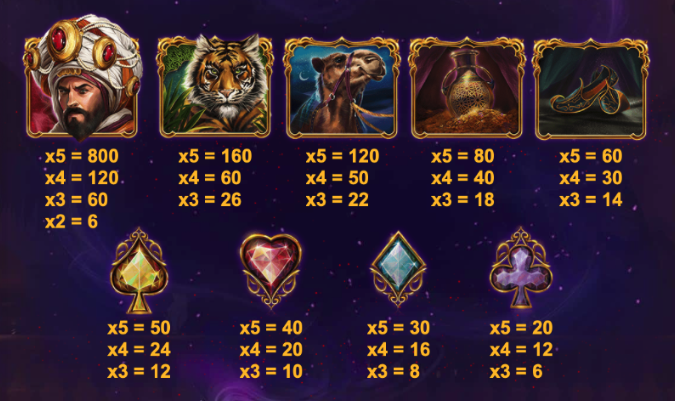 1001 Nights is a collection of Arabian folk tales which includes well known stories involving characters such as Aladdin and Ali Baba; 10,001 Nights is an online slot from Red Tiger Gaming themed on those ancient tales and from £0.20 per spin it brings us four base game features and Destiny free spins.

10,001 Nights is a five reel slot with four rows and twenty fixed paylines; a starlit room in the royal palace is the setting for this game and look out for the four lanterns above the reels which are key to the base game features.

High value symbols include the prince, the tiger, the camel, the vase and the curly-tipped shoes; jewelled playing card symbols represent the lower values. The genie is wild and the palace is the scatter symbol.

Each oil lamp which lands on the reels will contribute towards filling the lanterns above the reels left to right; this is what each lantern offers:

Once all four lanterns are unlocked the features are awarded at random and it’s also possible to trigger more than one feature at once because lanterns which land on the reels disappear and allow more symbols to cascade in from above.

We enjoy Red Tiger slots more and more these days and it’s because of clever, progressive features such as the Feature Lamps; chuck in the free spins and a progressive jackpot and what’s not to like? Except perhaps a low RTP of 93.71%.