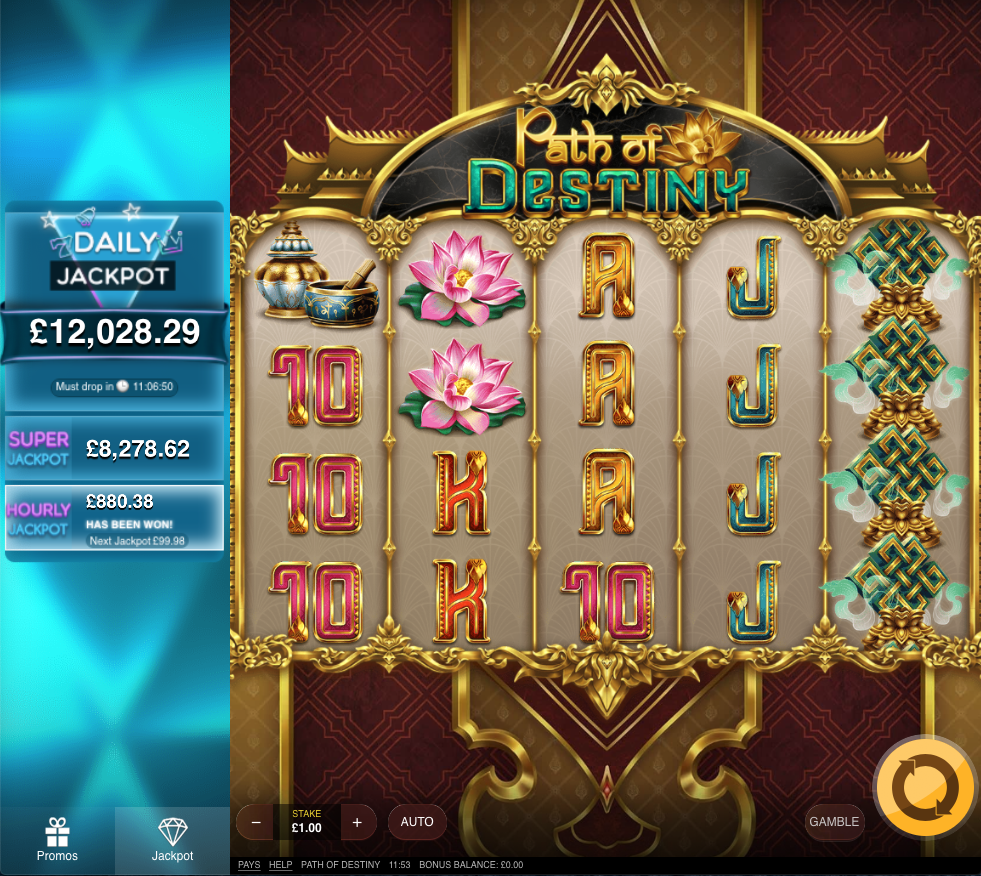 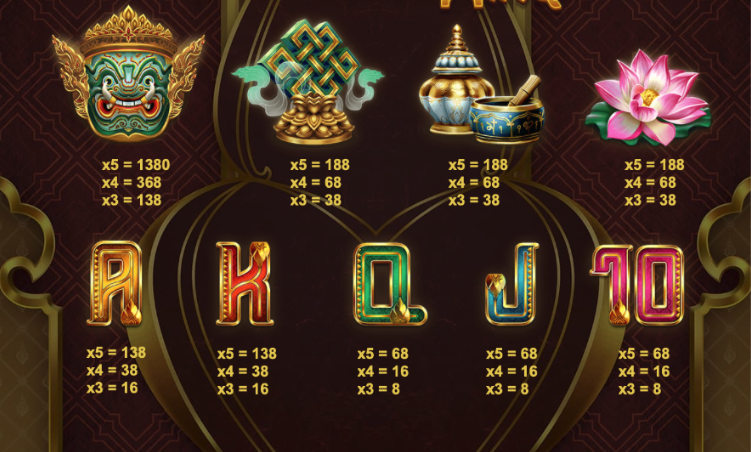 A virtual journey east to the ancient land of India awaits those online slots fans wanting to try out this intricately detailed game from Red Tiger Gaming; it’s called Path of Destiny and from £0.20 per spin it tempts players with three progressive jackpots, Ganesha Coins and Lucky Spins.

Path of Destiny is a five reel slot with four rows and twenty fixed paylines; there’s gold aplenty surrounding those reels but look to the left and you’ll see the three progressive jackpots ticking slowly upwards.

The four high value symbols include the head of Ganesh, the incense burner, the pots and the pink lotus flower; 10, J, Q, K and A represent the lower values. There’s no wild in Path of Destiny but there are Ganesha Spins and Lucky Spins bonus symbols to enjoy. Wins can be formed anywhere on the reels as long as there are at least three matching symbols on adjacent reels on a payline.

During this round you may also encounter a 3 x 3 Super Symbol which will split into individual matching symbols when it lands, hopefully helping out with a big win.

Whenever Ganesha Coins land they will spin and all transform into matching symbols.

Path of Destiny doesn’t really pull up any trees in terms of innovation and creativity but it looks great and holds out the promise of those three progressive jackpots; however an RTP of 93.69% is really well below the average so bear that in mind before spending your money here.