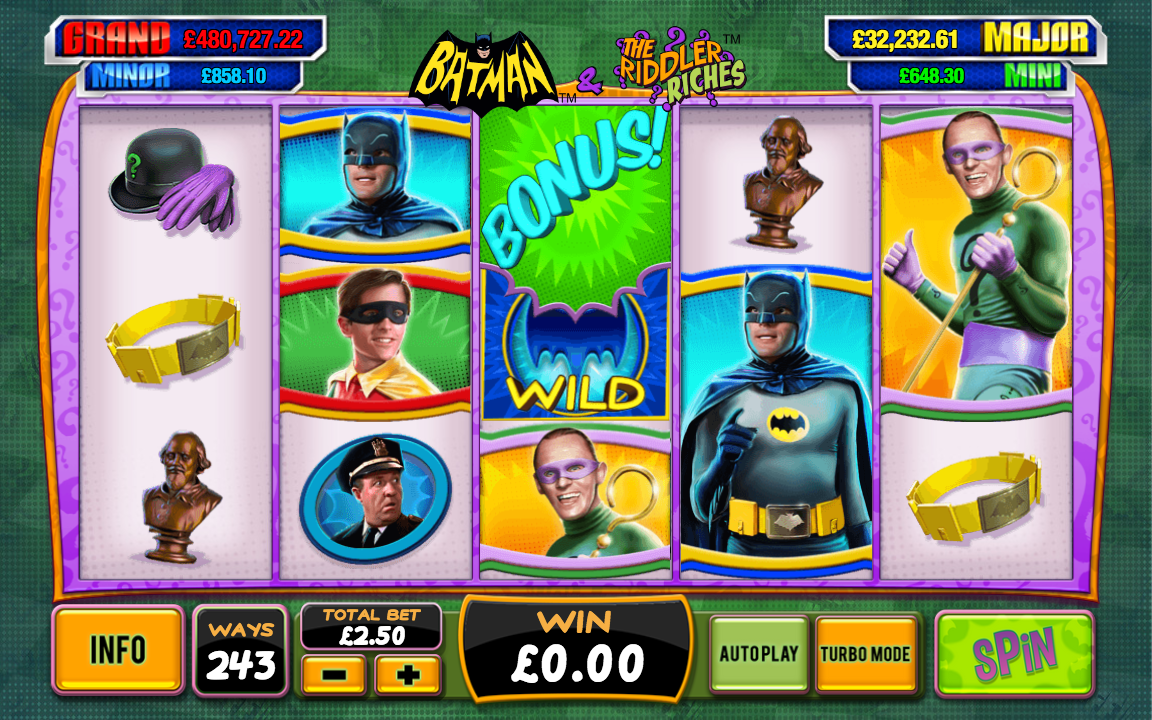 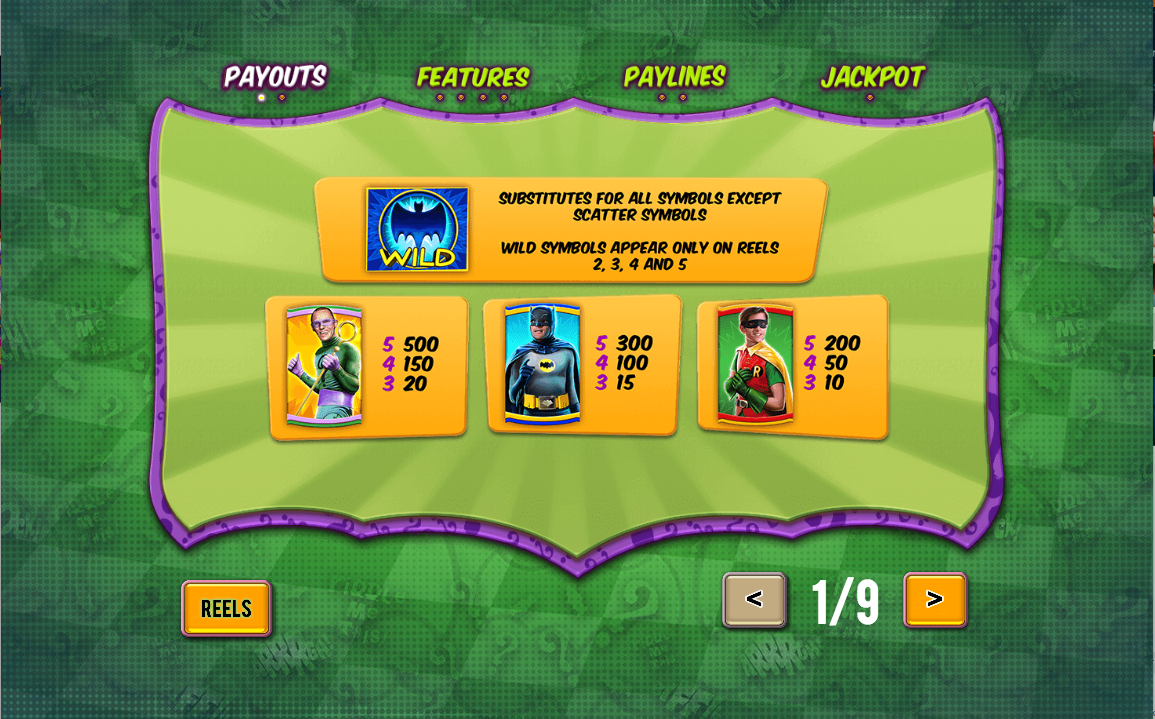 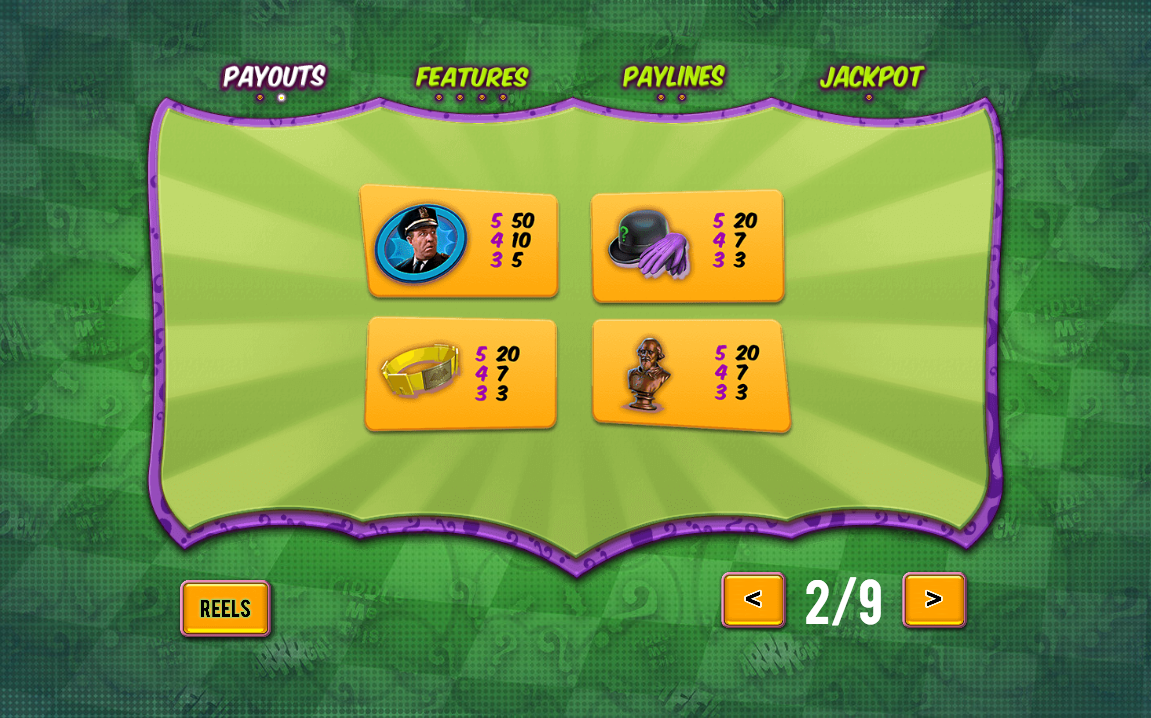 Playtech maintain a fine line in Batman-themed online slot machines inspired by Adam West’s rather camp 1960s version of the character and here we have one more to add to the list; it’s called Batman & The Riddler Riches, it’s full of bonus features and it comes with DC Comics Super Heroes progressive jackpot.

Batman & The Riddler Riches is a five reel slot with three rows and 243 ways to win; those reels spin in a slim purple frame set against a green backdrop dotted with the Riddler’s question marks.

All the symbols are related to the theme and include The Riddler, Batman, Robin, Commissioner Gordon, the Riddler’s hat and gloves, the yellow wristband and the statuette lever.

The wild symbol is the bat signal, it appears only on reels two, three, four and five and it will substitute for all others to form winning combos except for the blue ‘Bonus’ scatter icon.

Whenever you land a winning combination, those symbols involved will disappear and be replaced by more falling in from above; new combos can then be formed again and this process continues until there are no more wins. Note that any bonus symbols will also disappear, even if they are not part of a win.

On any base game spin The Riddler may add mystery symbols to the reels; these will then transform into matching symbols and (hopefully) a big win.

Batman vs The Riddler Bonus Wheel

This is triggered by landing three of the bonus scatter symbols anywhere on reels one, two and three and initially you will be asked to spin the wheel which will determine one of three features to be awarded:

Batman & The Riddler Riches combines some clever themed features with plenty of nods to the original television show to create a really playable slot which also comes with the carrot of the DC progressive jackpot. The RTP is 96.09%.