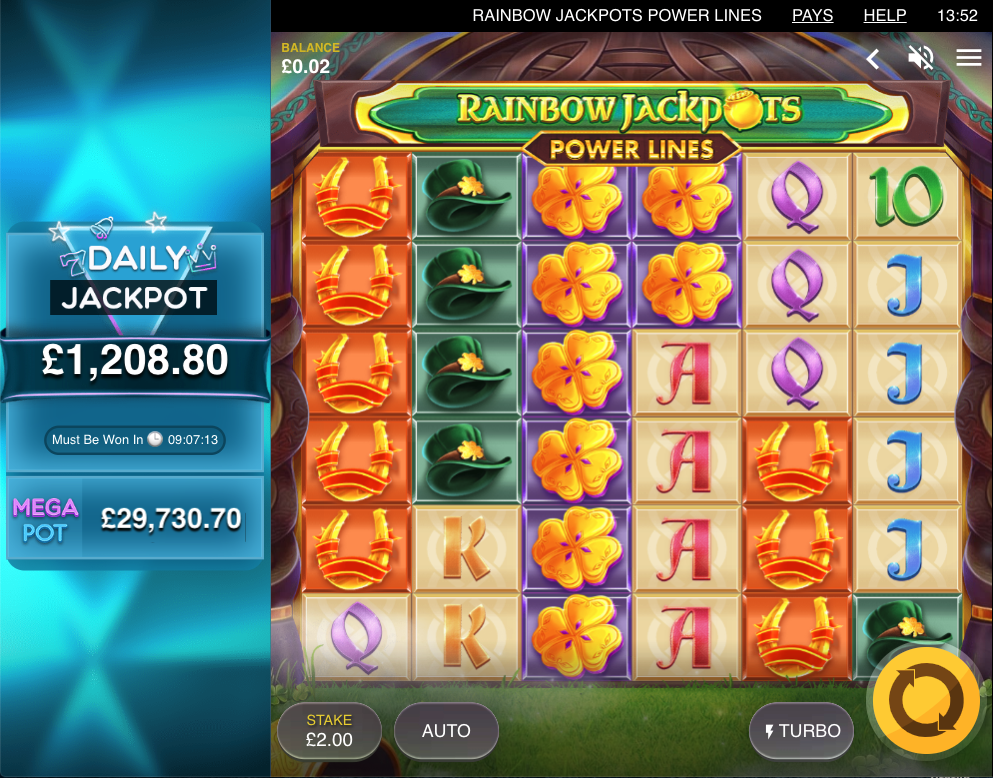 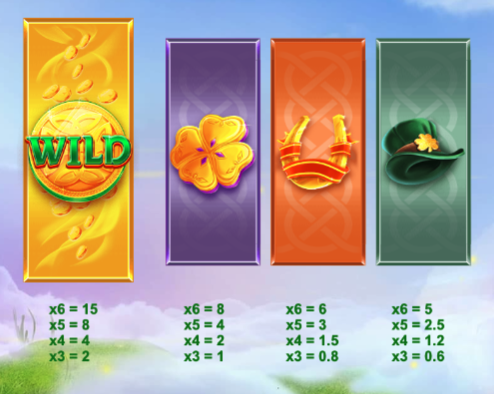 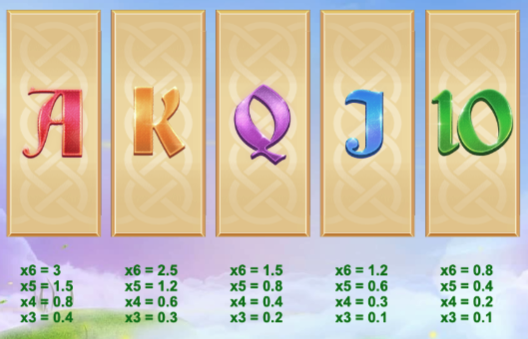 Rainbow Jackpots is one of the more popular Irish-themed online slots and now Red Tiger Gaming have provided it with a sequel called Power Lines; this updated version tempts players with free spins, the Beer Bonus, a progressive jackpot and some help from the Lucky Leprechaun.

Rainbow Jackpots Power Lines is a six reel slot with up to seven rows and a maximum of forty nine paylines (Power Lines); The reels will always have matching numbers of rows resulting in 4, 9, 16, 25, 36 or 49 paylines. The backdrop to this game is a blue sky and huge rainbow to set the mood.

The theme-related symbols include a golden shamrock, a horseshoe and the leprechaun’s hat; 10, J, Q, K and A make up the lower values.

The gold coin is wild and it will replace all standard symbols to help make winning matches; the beer glasses and the pots of gold are the special symbols.

The leprechaun will appear on the screen occasionally and award one of these four features:

Landing three pots of gold will trigger this round (or by the leprechaun) and you’ll receive the specified number of spins plus the leprechaun Symbol Swap and leprechaun Free Spins will activate more frequently.

Aside from the interesting payline structure Rainbow Jackpots Power Lines is pretty similar to its predecessor in terms of looks and bonus features; it’s new, shiny and green though and it’s certainly enjoyable so check it out!