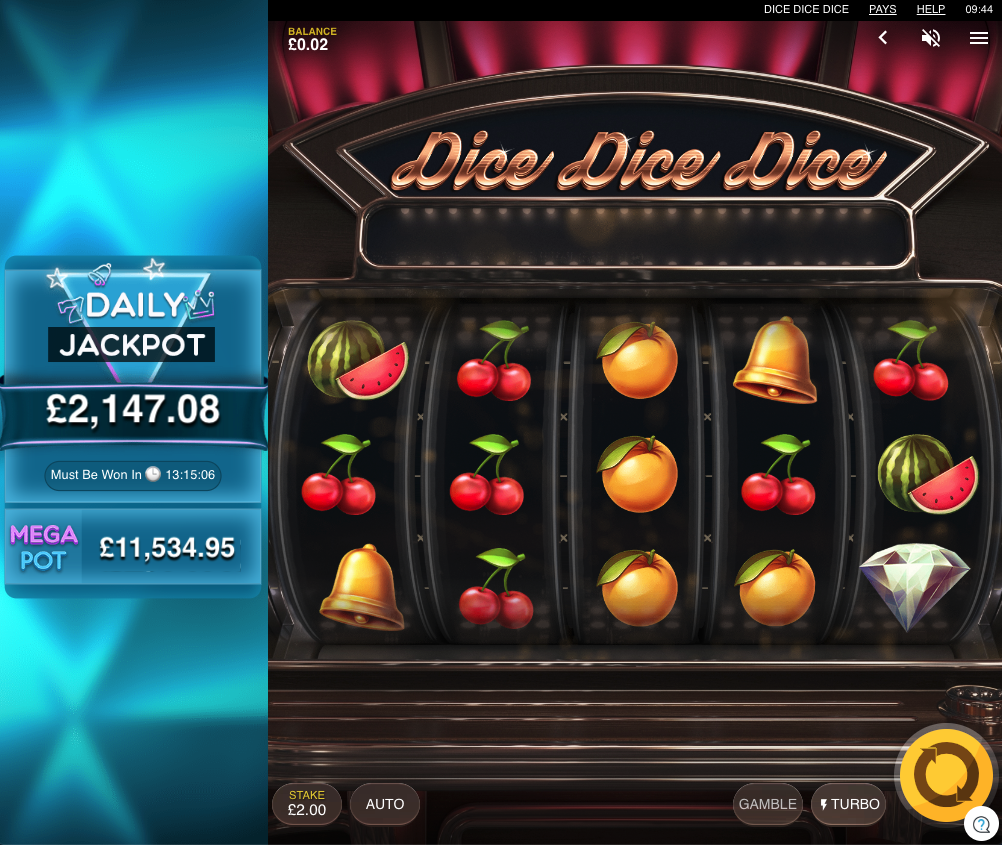 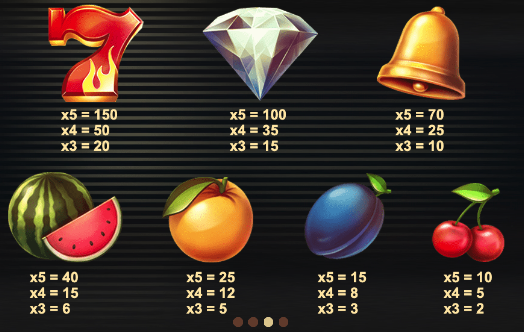 Dice Dice Dice is a five reel slot with three rows and ten fixed paylines; the action takes place on a realistic-looking set of reels which spin underneath the gleaming title. The Daily and Mega Pot jackpot values are displayed on the left hand side.

There are some familiar symbols in use on the reels in this game and they include burning red sevens, diamonds, bells, watermelons, oranges, plums and cherries.

The dice is wild and it only appears on reel three.

That wild dice which appears on reel three is more than just a symbol substitute because whenever it contributes to a winning combination the dice will roll and reveal a win multiplier of up to 6x. The dice can appear stacked to offer more winning chances and more multipliers.

This can occur randomly and you’ll receive free spins until no wild dice land on the reels; each time the dice land the win multiplier will be increased so there are some big wins available here for the luckier players.

Dice Dice Dice is a classy slot with some sparkling gameplay and some clever feature which integrate those dice very well; chuck in a progressive jackpot and there should be something for everyone here.