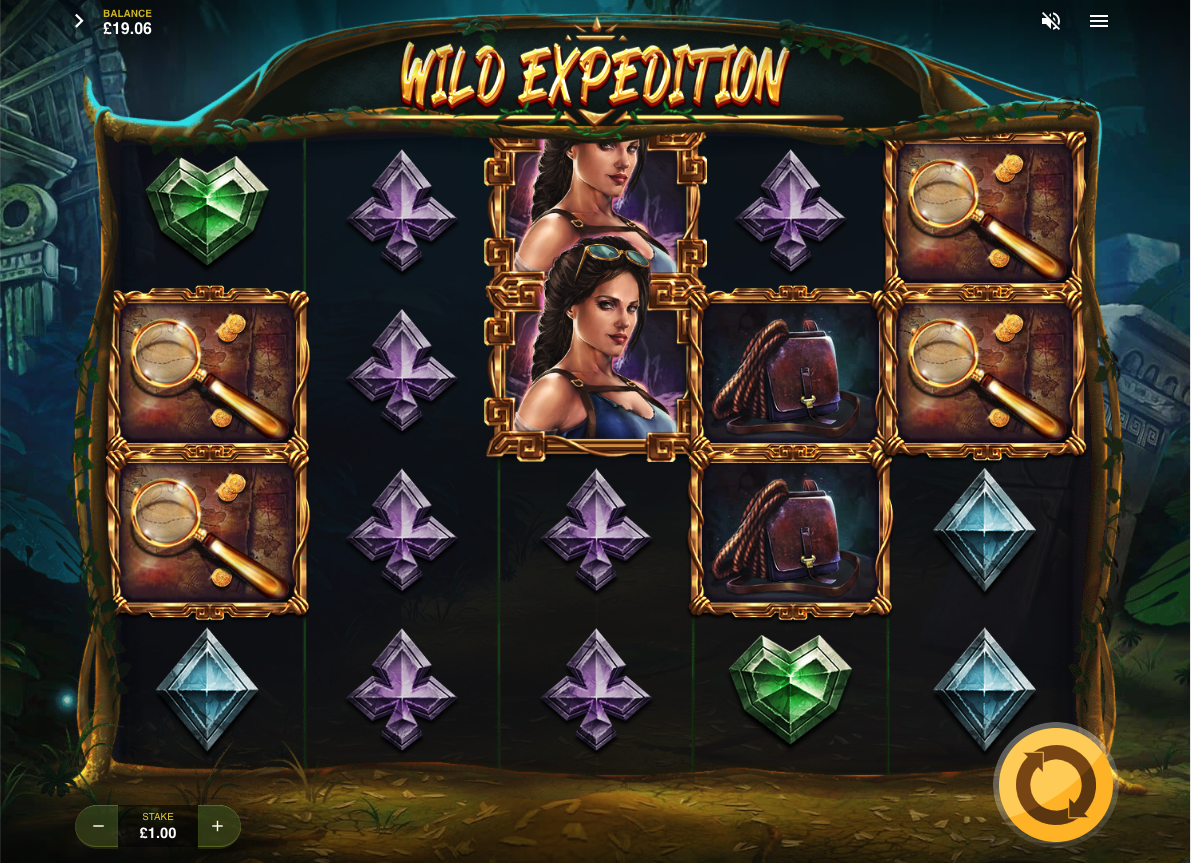 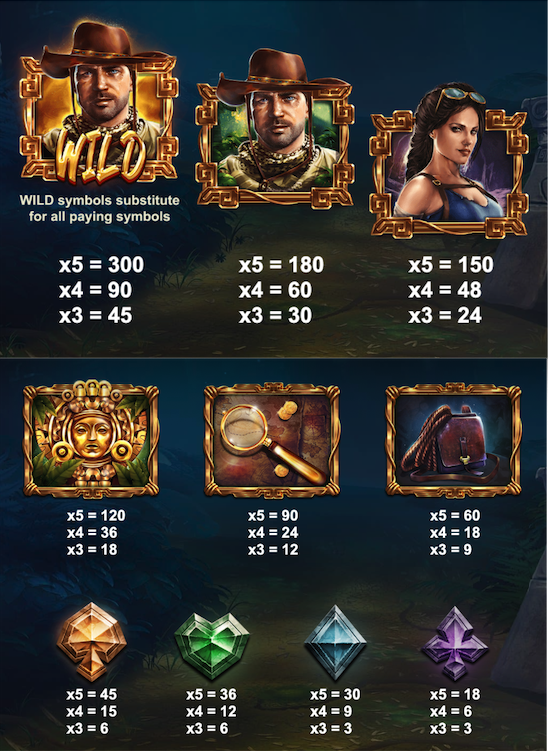 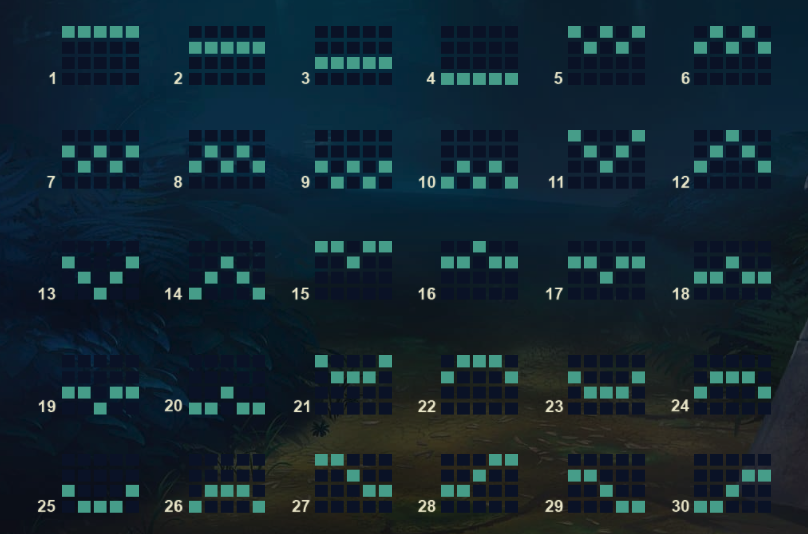 Grave robbing and romance amongst the Aztec ruins of some South American jungle are the win themes of this online slot from Red Tiger Gaming; it’s called Wild Expedition, it features Cara and Nick and it comes with progressive jackpots, free spins and a bonus in which a sly wink from Cara turns Nick wild!

The setting for the five reels and thirty paylines of Wild Expedition is a dark and leafy area of Amazon jungle in which the remnants of ruined temples are slowly being smothered by the encroaching undergrowth.

Nick and Cara are the highest vale symbols closely followed by the golden mask, the magnifying glass and the backpack; crystals in yellow, green, blue and purple make up the lower values. Nick is wild and the golden Free Spins thing is the scatter.

Occasionally Cara will appear on the reels acting in an unsuitable manner for a jungle expedition and she’ll blow a Wild Kiss – this will turn a random number of Nick symbols in view wild and lock them in place for the next spin.

When Nick manages to avoid the lascivious attentions of Cara he’ll sometimes add lots more Nick symbol in view to help out with some potentially big wins.

Landing three, four or five of the Free Spins scatter symbols anywhere in view will award ten, fifteen or twenty free spins respectively. Any wild symbols which land during this round will lock in place which means that you can end up with a lot of valuable Nick symbols in play, especially if the Jungle Treasure feature kicks in as well.

This is triggered from the base game by landing three of the jackpot symbols which will award the Super Jackpot shown to the left of the reels. There’s also a Daily & Hourly Jackpot which must pay out before the time shown.