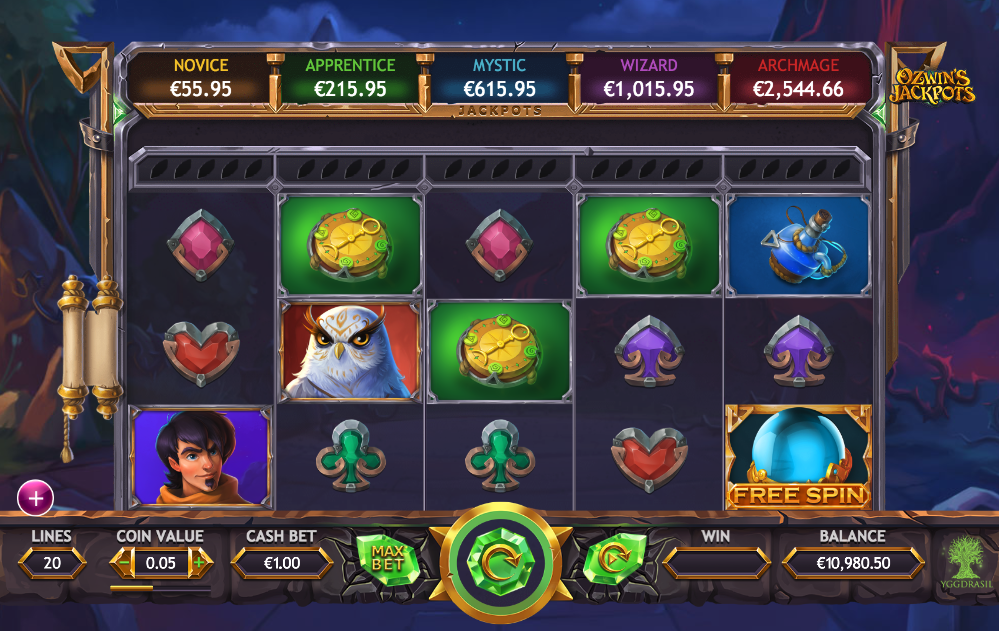 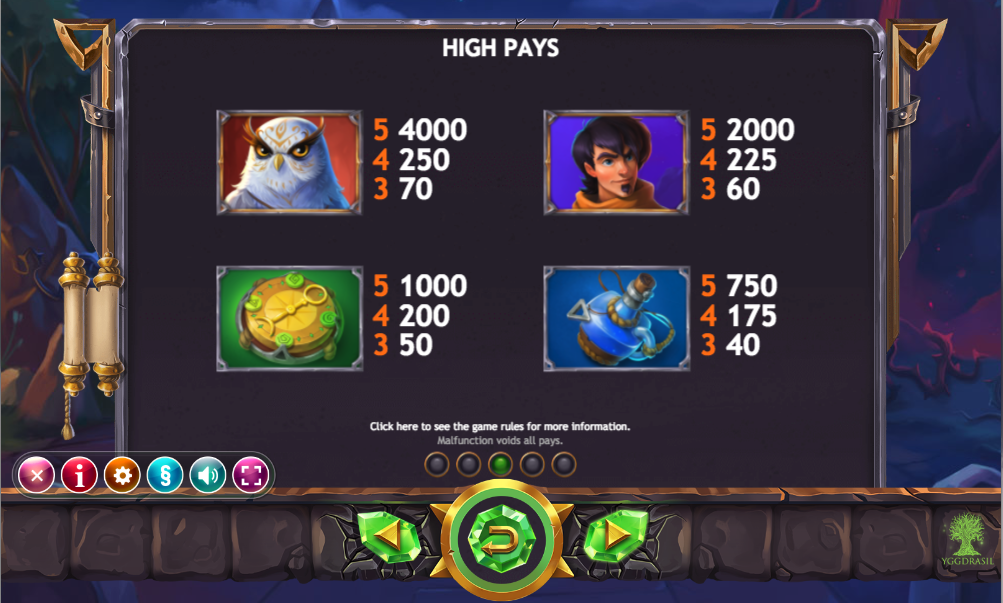 The world of magic and wizardry sets the stage for this online slot machine from Yggdrasil Gaming; it’s called Ozwin’s Jackpots and the eponymous character is an owl who will grant not just two bonus features but a progressive jackpot – read on to find out more.

Ozwin’s Jackpots is a five reel slot with three rows and twenty fixed paylines; there’s a medieval feel to the design of the reels which are situated in some gloomy forest location. The five progressive jackpot amounts are shown above the reels.

There are four high value symbols and these include Ozwin, the male character, some sort of magical item and a blue gourd; playing card symbols of varying colours.

There’s no wild symbol in Ozwin’s Jackpots but there are two special symbols – the crystal ball and the spellbook which both activate extra features.

This is triggered by landing three or more of the spellbook bonus symbols anywhere in view; you’ll now get to play a picking game in which there are eighteen books on display and all you need to do is select them to reveal coin prizes or one of five coloured crystals . The round is over when you find the evil spell.

Trigger this by landing three or more of the crystal ball scatter symbols anywhere in view or collecting five matching coloured crystals in the Spellbook Bonus and you’ll receive ten free spins on a set of reels which pay a multiplier of 3x on each win.

During this round your extra task is to collect the five coloured crystals which then occupy the spaces above the reels; collecting five matching ones will award the progressive jackpot for that colour. It’s not possible to trigger any more free spins from within this round.

Ozwin’s Jackpots is one of the best owl-themed slots we’ve played for a while, it’s certainly up to Yggdrasil’s usual high standards and as an extra bonus there’s the progressive jackpot to get excited about. It comes with an RTP of 96.70%.