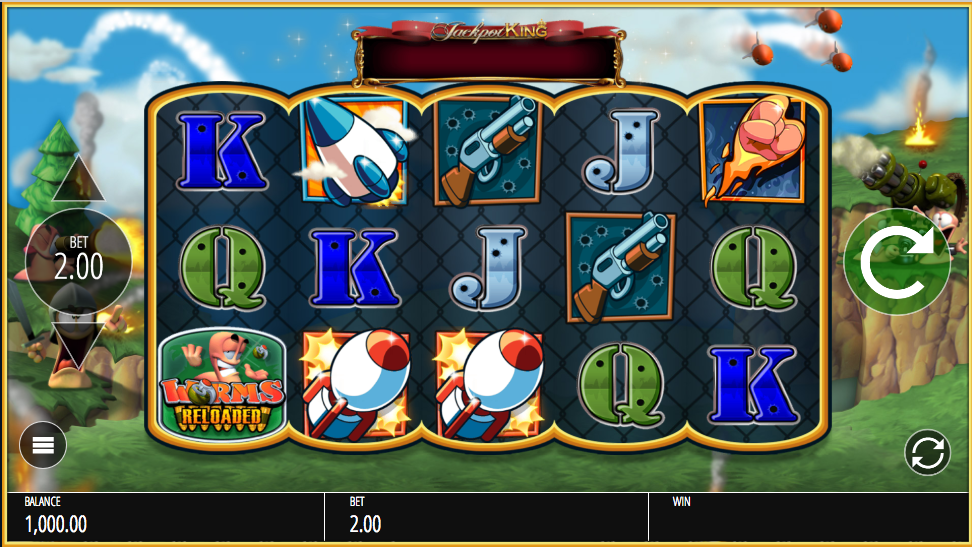 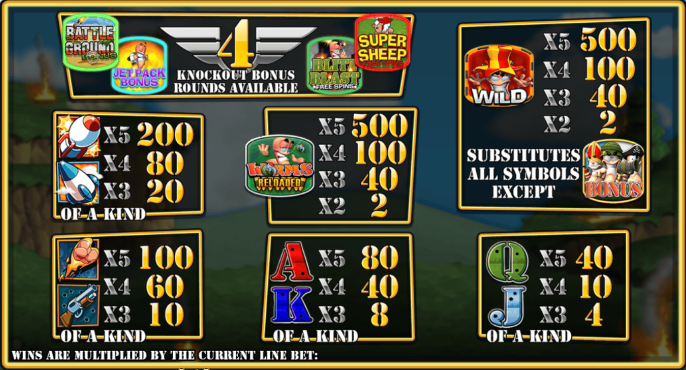 If you’ve previously played the video game-themed online slot called Worms then you’ll be pleased to hear that there’s a newer, posher version from Blueprint Gaming called Worms Reloaded; it’s more of the same gun-toting fun but this time it comes with the Jackpot King progressive jackpot.

Worms Reloaded is a five reel slot with three rows and twenty fixed paylines; a golden frame contains those reels behind which there’s a battlefield scene of worms launching munitions at each other.

The high value symbols include the game’s logo, blue and red rockets, a shotgun and a flying fist; lower values are the standard J, Q, K and A.

The wild symbol is the worm with the jester’s hat and he will substitute for all others to form winning combinations except for the worms bonus icon.

This is a randomly occurring bonus which will be marked by the grenade in the game’s logo exploding and you’ll receive one of the following: 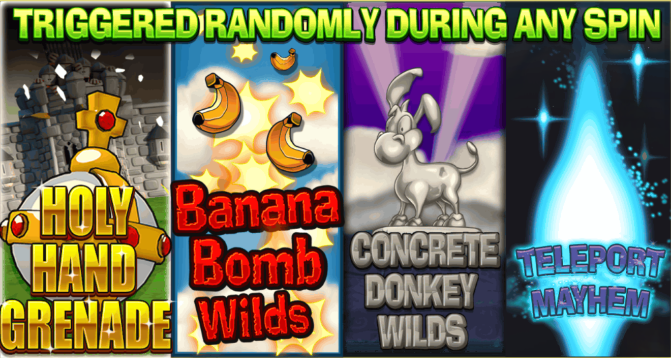 This is triggered by landing bonus symbols on reels one and three and one of four special symbols on reel five which will determine the bonus awarded:

This is triggered by landing five of the Jackpot King symbols on reels one to five; now spin the wheel to collect more crowns and move up the ladder towards the Wheel King. Here you can spin the wheel to try and win the progressive jackpot.

Worms Reloaded updates the original quite nicely with some interesting and intricate bonus features and the carrot of a progressive jackpot; the RTP is a little low at 92.66%.