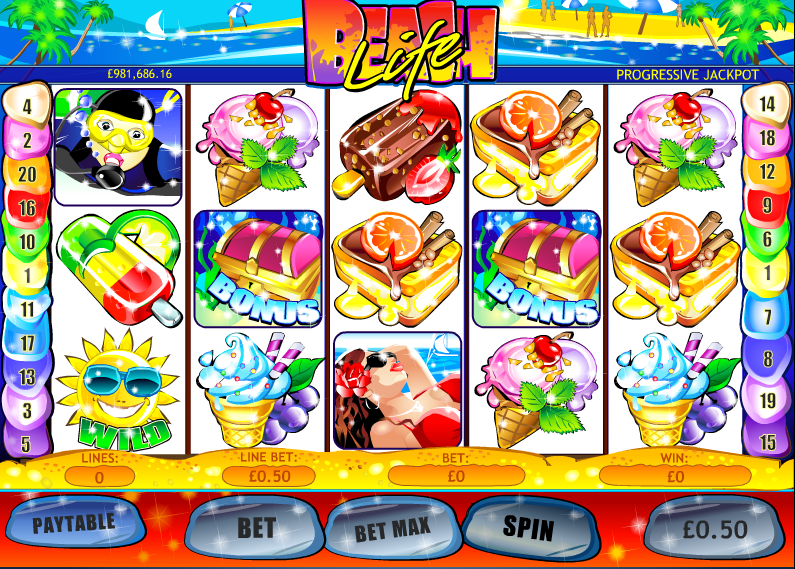 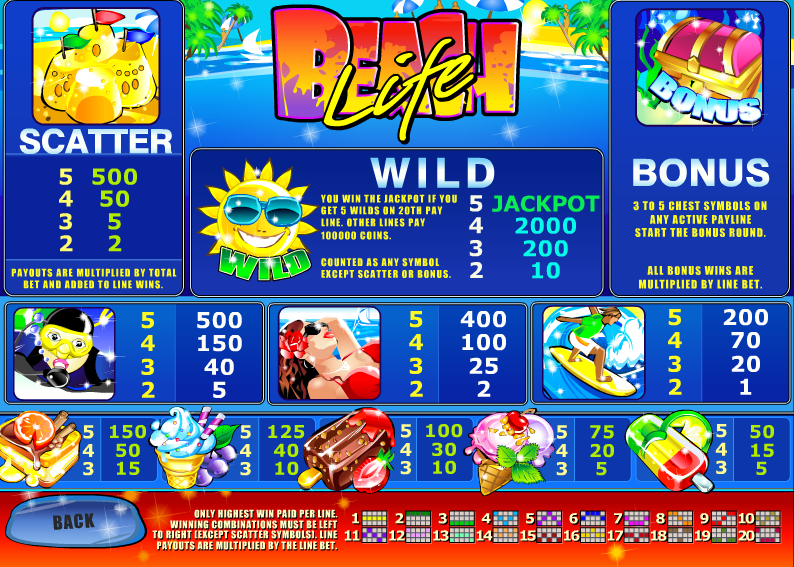 Beach life is an aspirational dream for many of us and it also happens to be the name of this extremely colourful online slot from Playtech. Perhaps the biggest draw of this game is the progressive jackpot and if you manage to land the symbols in the right way you will probably be able to afford if not a permanent move to the beach, at least a very lengthy holiday.

Beach Life features five reels and twenty paylines and as son as you load this game up you will see that it is a festival of colour and light. The backdrop is a view of a sunny beach with the sparkling sea washing up against it.

A sunglasses-wearing sun is wild, there’s a sandcastle scatter symbol and then a sunken chest bonus icon.

Let’s kick off with the big bucks then and this is almost certainly why we’re all here. The way to win the huge payout is land five of the wild sun symbols on the 20th payline and then you will be eligible to take away that amount of money which scrolls along the top of the screen during gameplay.

Payline 20 comprises the top left and top right reel positions along with the lowest positions on the centre three reels.

This is fairly brief mini-game and it’s triggered by landing three or more of the sunken chest symbols on an active payline. You will now get to choose from a selection of chests, each of which reveals a prize. Three chests activating the round give you three picks, four give four picks and five give five.

If you’re after that progressive jackpot, make sure you are playing with all paylines active because that’s the only way you will land anything on the 20th payline.

This is a slightly dated slot and it looks it now but it’s popularity has been sustained by the potential size of the  jackpot. You can’t argue with the cheerfulness of this game so if you like progressive games, check this out.