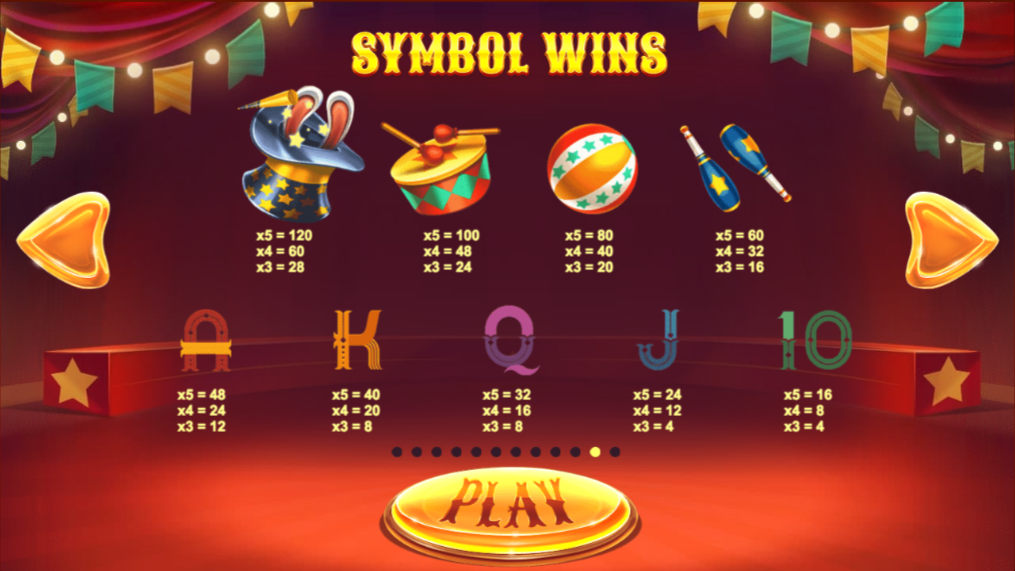 Circuses featuring wild animals are thankfully a thing of the past these days but they sometimes live on in a less harmful way on the reels of an online slot machine; Wild Circus is a cheerful example, it’s a feature-packed release from Red Tiger Gaming with a progressive jackpot chucked into the mix.

Wild Circus is a five reel slot with four rows and forty fixed paylines; a huge cannon (of which more later) stands to the right of those reels which spin within the confines of a large tent.

The high value symbol comprise a rabbit in a hat, a colourful drum, a beach ball and a pair of juggling skittles; 10, J, Q, K and A make up the lower values.

In the base game the monkey is wild and it will replace all others to help form matching combos except for the penguin bonus symbols.

This is triggered by landing three of the penguin bonus symbols anywhere on reels one, three and five; you’ll now be asked to fire that cannon which will launch the penguin into the air to determine one of the following bonuses (you’ll get one chance to have another go):

Note that if the penguin reaches the higher levels when fired from the cannon, you may receive two bonuses in one go as you can see from our gameplay video above.

This is triggered from the base game by landing three of the jackpot symbols which will earn either the Mega or Mini prizes shown to the left of the reels. There’s also a Daily Jackpot which must pay out before the time shown.

Wild Circus is a slot with lots of features packed into a neat and attractive form; the graphics are cartoonish and amusing and the bonus round seems fairly easy to trigger. The progressive jackpot is of course something extra to aim for and there’s an RTP of 96.06%.