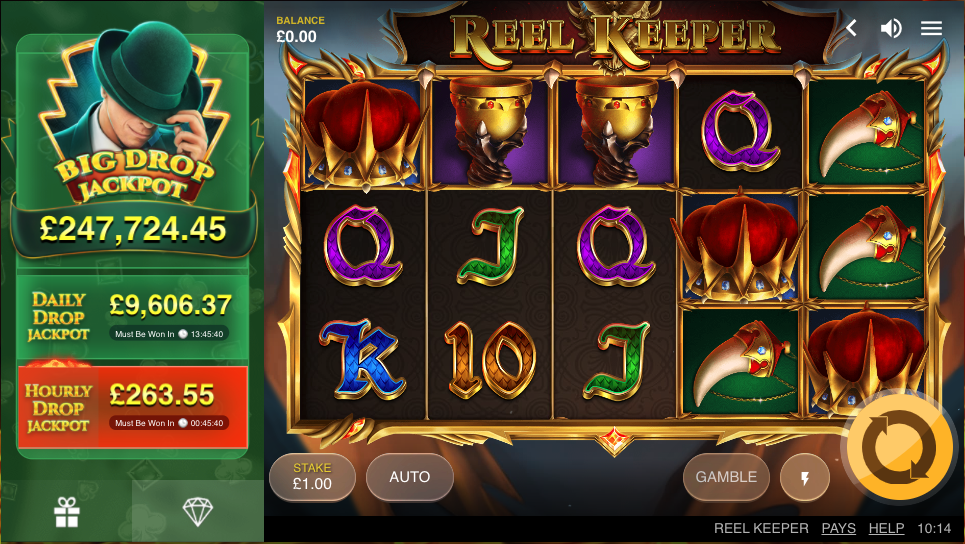 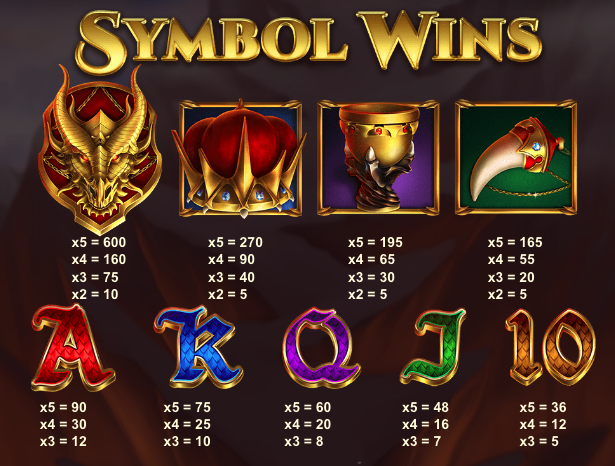 Dragons always add a little something extra to an online slot machine and here we have a game featuring one of our favourite legendary animals – it’s called Reel Keeper, it’s developed by Red Tiger Gaming and it comes with three progressive jackpots, wild dragons and free spins.

Reel Keeper is a five reel slot with three rows and ten fixed paylines; the dragon’s cave is the setting for all the action where piles of gold coins litter the floor, stretching beneath the progressive jackpot amounts on the left hand side.

The four high value symbols include the dragon, the crown, the gold cup and the dragon’s tooth; 10, J, Q, K and A make up the lower values. Wild symbols here are called Dragon Wilds, they are three positions high and they can be created when the dragon flies over the reels; they will then move one position to the left with each subsequent spin until they fall off the left hand side. The dragon egg is the bonus symbol.

Landing three of the dragon egg bonus symbols anywhere on reels one, three and five will award ten free spins; if the Dragon Wilds appear during this round the first one will lock in place when it reaches reach reel one, the second one will lock on reel two and so on, obviously generating some big wins if you can line up a few of these wilds.

Dragons, progressive jackpots and free spins – what’s not to like here? There’s even a gamble feature if your tolerance to risk is higher than the norm!