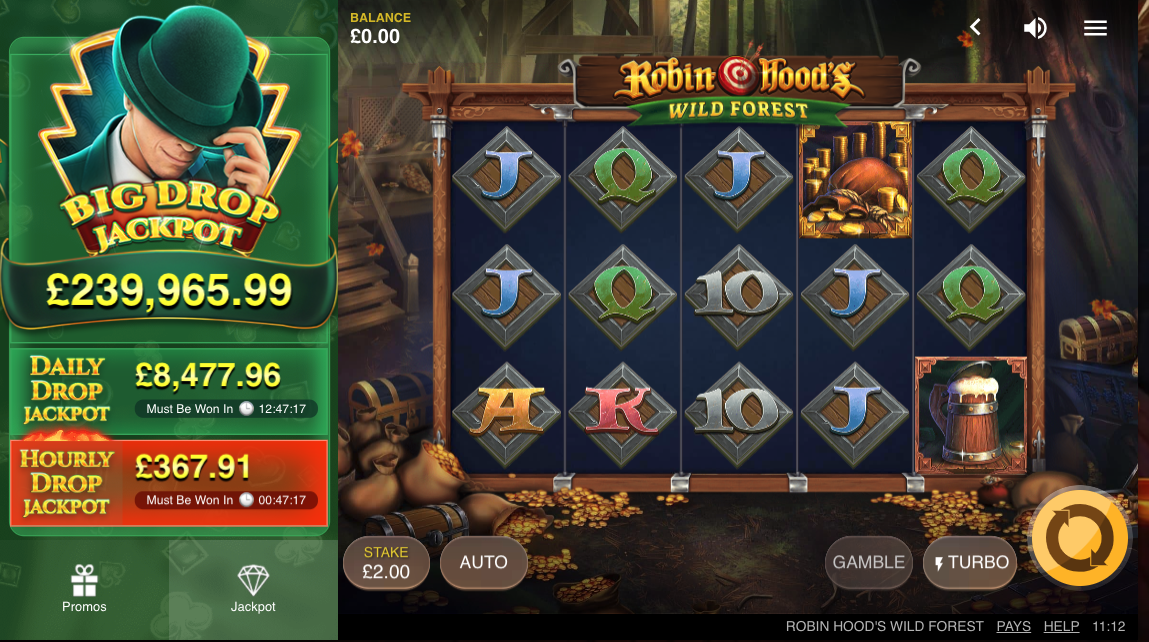 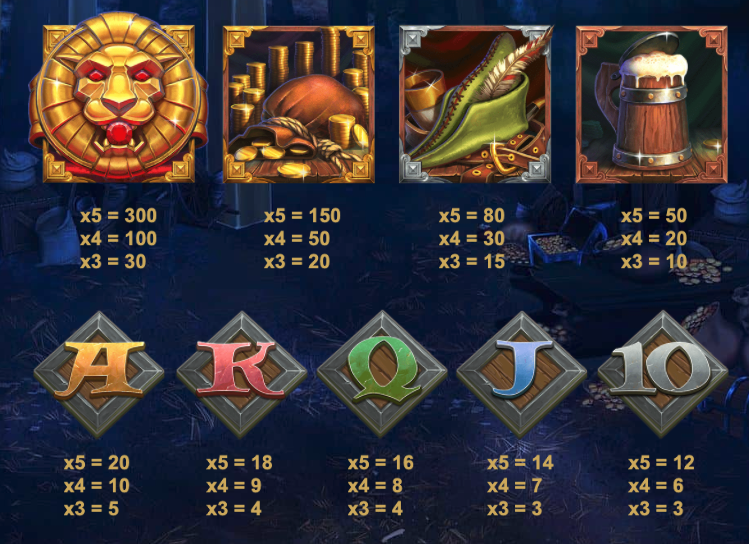 The legend of Robin Hood is well-known one, lionising the man from Nottingham who robbed from the rich to give to the poor; Robin Hood’s Wild Forest is an online slot from Red Tiger Gaming themed on this outlaw which offers lots of base game wild features for some big wins and a progressive jackpot.

Robin Hood’s Wild Forest is a five reel slot with three rows and ten fixed paylines; those wooden frames spin against a backdrop of treasure chests and gold coins, presumably waiting to be redistributed to the poverty-stricken masses.

The four high value symbols include the golden lion mask, the bag of gold coins, Robin’s hat and a foaming mug of ale; 10, J, Q, K and A make up the lower values.

The red game is the wild symbol which will replace all standard ones but each of the three characters symbols – Little John, Robin Hood and Maid Marian – have wild features associated with them and these are explained below.

Each time at least one of the character symbols lands on the reels they’ll trigger their own wild feature:

Different characters can land on the same spin and if they do then Maid Marian will do her thing first, followed by Little John and finally Robin Hood.

Robin Hood’s Wild Forest is a slot which offers us something a little different with those themed, character wild features that’s always a positive thing; chuck in the carrot of a progressive jackpot and this is an engaging to spend some time.