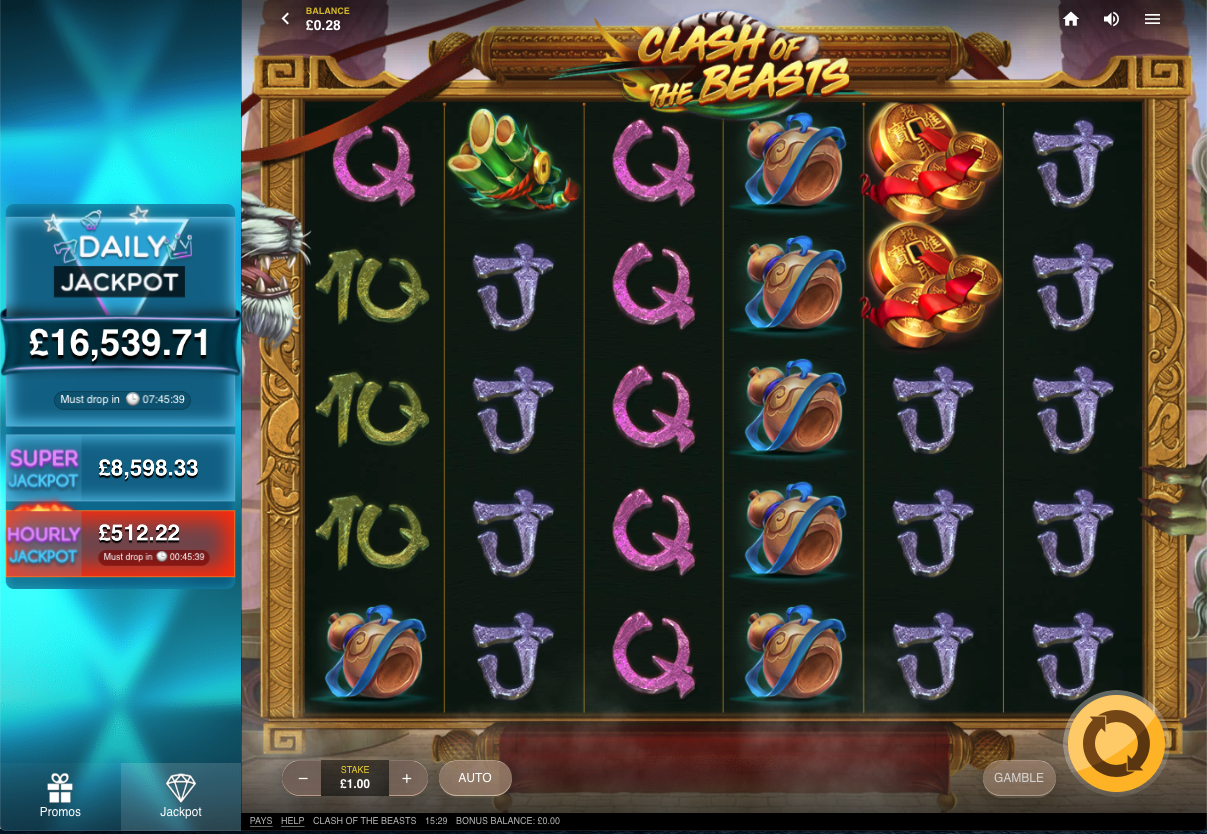 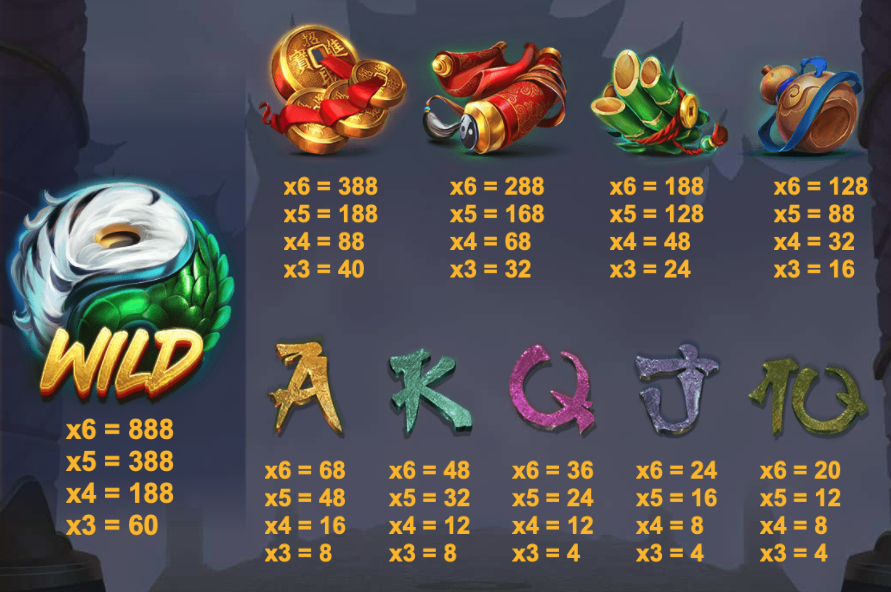 If you ever lie awake at night wondering which creature would win in an unlikely fight between tigers and dragons then we have the online slot for you – it’s called Clash of the Beasts, it’s developed by Red Tiger Gaming and it tempts players with three different free spin modes and three progressive jackpot prizes.

Clash of the Beasts is a six reel slot with five rows and forty fixed paylines; stretch the reels out into full screen mode and you’ll be rewarded with a view of a spectacular Chinese landscape in the background and the tiger and dragon facing off a bit closer up.

The four high value symbols include the gold coins, the Yin Yang scroll. the bamboo pipes and the gourd; 10, J, Q, K and A represent the lower values. The Yin Yang tiger/dragon thing is wild and it will substitute for all other standard symbols to help form winning combinations.

Clash Of The Beasts Bonus Features

This is triggered by landing at least two of the tiger claw symbols anywhere on reels one, two or three and you’ll receive four free spins in which the tiger can swap symbols around to guarantee wins.

Trigger this by landing at least two dragon claw symbols anywhere on reels four, five and six and your reward will be four free spins in which the dragon may nudge reels and rows for bigger wins.

This is activated by landing tiger and dragon claws on the same spin; two symbols will award an initial ten spins with each extra symbol adding five more up to a maximum of thirty spins. Features from the Tiger and Dragon spin may occur here but you may also see random wilds added to the reels for guaranteed wins.

Clash of the Beasts is excellent in terms of inventiveness and gameplay and the progressive jackpot is always to be enjoyed; however it has a low RTP of 93.74% which makes it difficult to recommend unconditionally. Still, we enjoyed it so hopefully you will too.