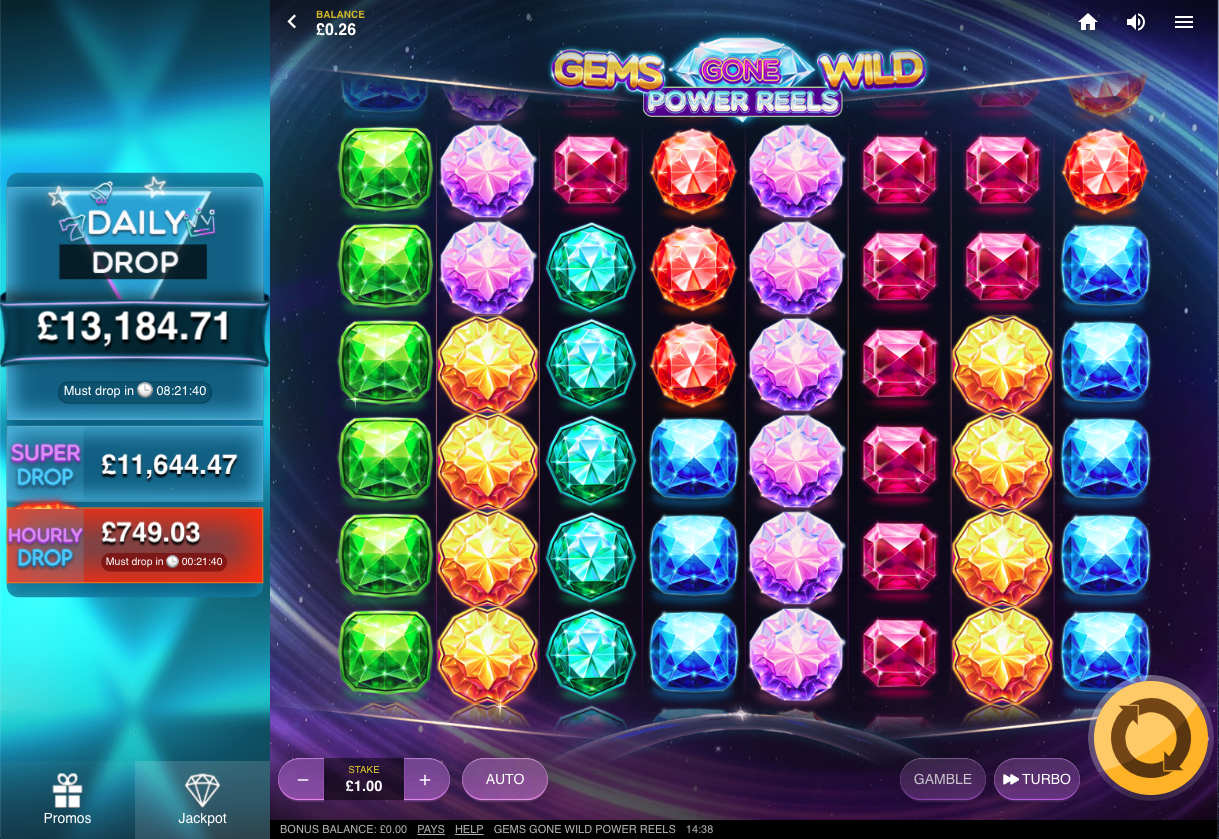 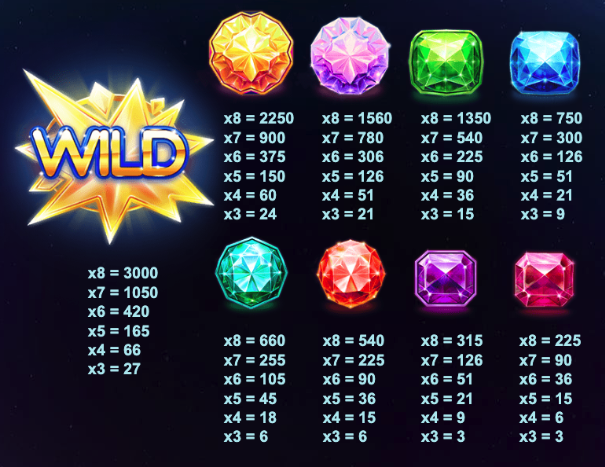 As an introduction to this online slot from Red Tiger Gaming we’d like to say that it’s probably the first eight reel game we’ve reviewed – it’s called Gems Gone Wild with the subtitle Power Reels and it offers players various wild features, three progressive jackpots and spins which range from £0.20 to £80.00.

Gems Gone Wild is an eight reel slot with six rows and thirty fixed paylines but the important thing here is that wins can be created anywhere on those reels as long as there are at least three matching symbols on adjacent columns. A colourful vortex swirls in the background to give the impression we’re floating in space.

Eight gems are the only standard symbols in play here and they orange, pink, green, blue, light blue, red, purple and pink; the gold star is wild and it will replace all other symbols to help form winning combinations – it’s also integral to the features.

Wild symbols may appear at random on any spin and they’ll trigger this Locked Wilds feature in which any wilds appearing on the next spin will connect to those original wilds to help create winning combinations.

Super sized wild symbols can also appear at random – these will be either 2×2 or 3×3 and they’ll guarantee a win of some sort whenever they land.

Gems Gone Wild is quite simplistic in terms of graphics and the reels seem to spin a little fast for comfort – get past that though and there are some big wins available, especially when the giant wild symbols start to get involved. The RTP of 93.69% is a little low.