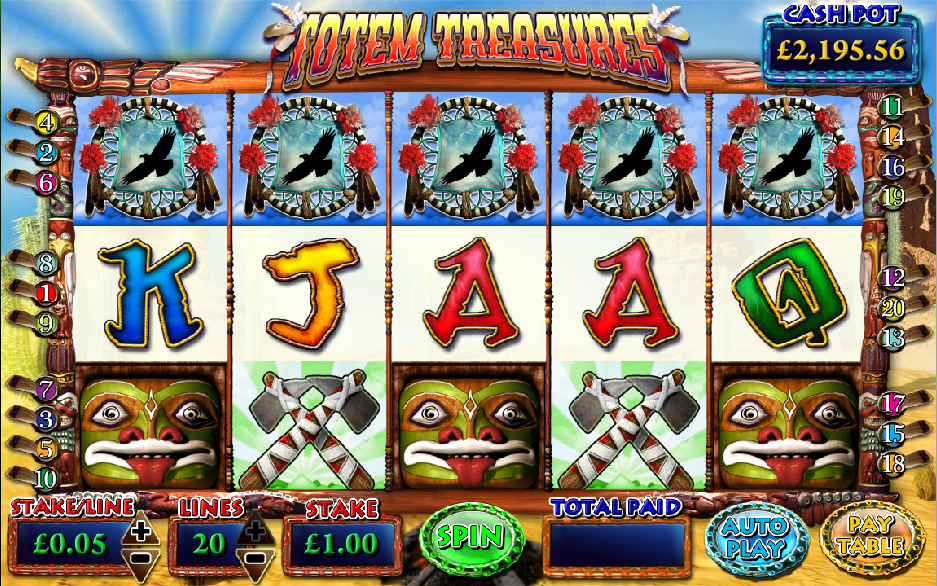 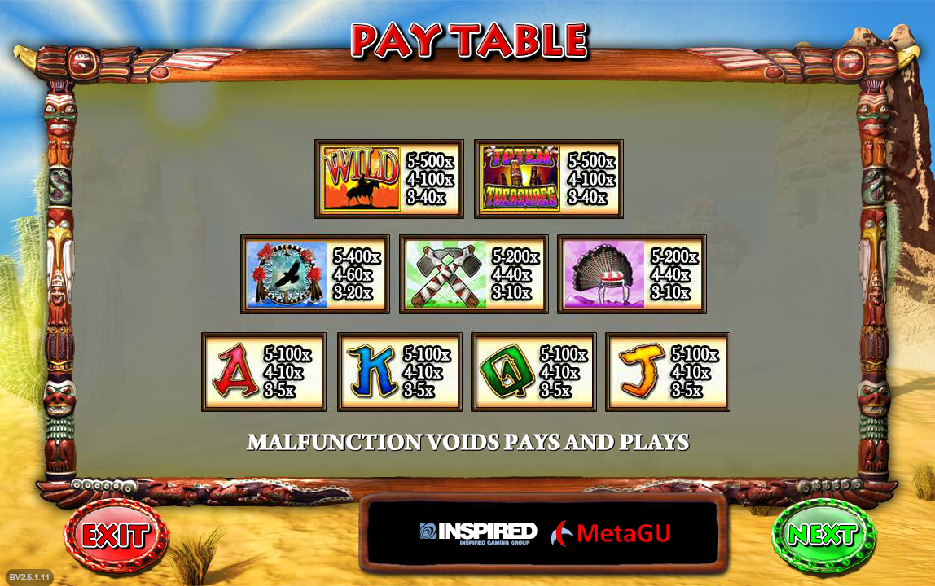 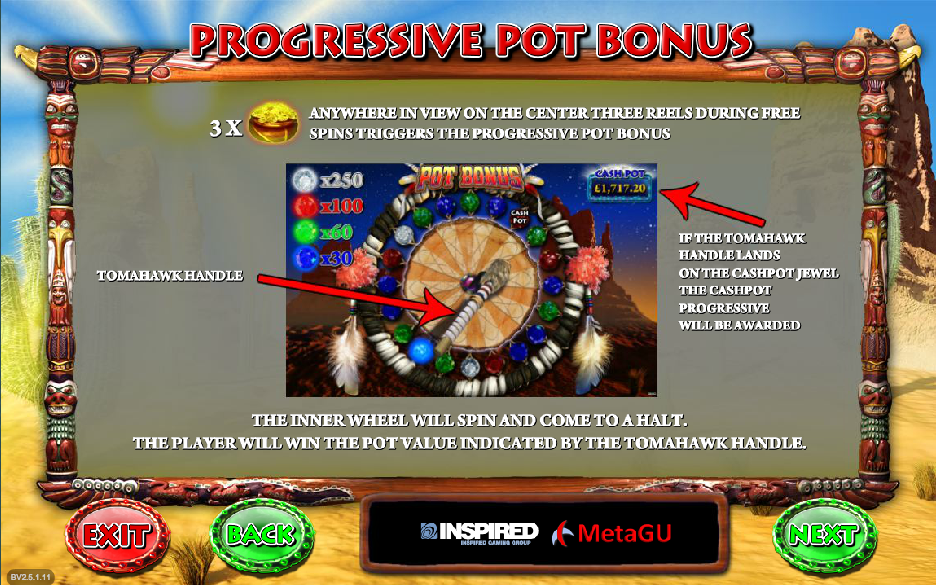 According to Wikipedia, the Totem is  “a spirit being, sacred object or symbol that serves as an emblem of a group of people, such as a family, clan, lineage or tribe“. For our purposes it’s also the theme of a colourful online slot from Inspired Gaming called Totem Treasure. There are plenty of Native American icons here and a progressive jackpot if you want to win the big bucks.

Totem Treasure is a five reel slot with three rows and up to twenty paylines; those reels are set inside a carved, ornate wooden frame and the backdrop is one of desert and blue sky.

The higher value symbols suit the theme and include an impressive headdress, a pair of tomahawks, a dream catcher and the Totem Treasures icon. J, Q, K and A represent the lower values.

One wild symbol is a rider silhouetted against a blazing sunset; the other is the Totem Pole itself which can be stacked and appears only on reels one, three and five.

The wild Totem Pole is the key here and landing any part of it anywhere on reels one, three and five will trigger the free spins. You will now receive ten free spins – there’s no multiplier for your wins but they can be re-triggered by landing more Totem Poles.

The more exciting bit about the free spins is that the progressive jackpot can be won here. You can see the total in the ‘Cash Pot’ box above the reels and to be in with a chance your total stake must be at least £1.00.

Within the free spins there’s a pot of gold symbol added to the centre three reels; land them there in one spin and you’ll trigger the Pot Bonus. This is a Wheel Of Fortune-style game where the spin of a tomahawk can win you the jackpot total if it lands in the right place. Land somewhere else and you’ll receive a decent multiplier of your stake as consolation.

If you’re playing for the progressive jackpot then make sure your total bet is high enough (£1.00+) to qualify.

Totem Treasure looks a bit basic and it can’t really be described as state of the art but it’s a solid-enough game with an RTP of 96.00% and of course the carrot of a progressive jackpot. Definitely worth a go.