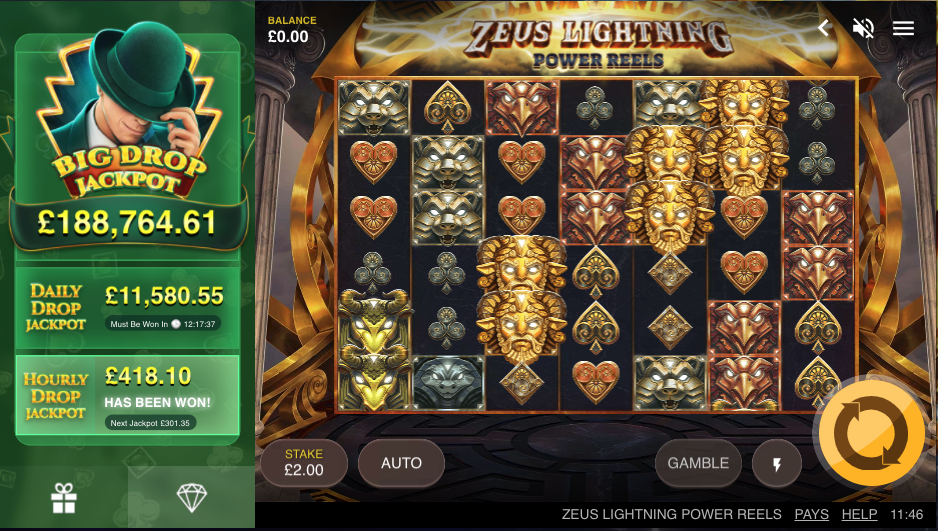 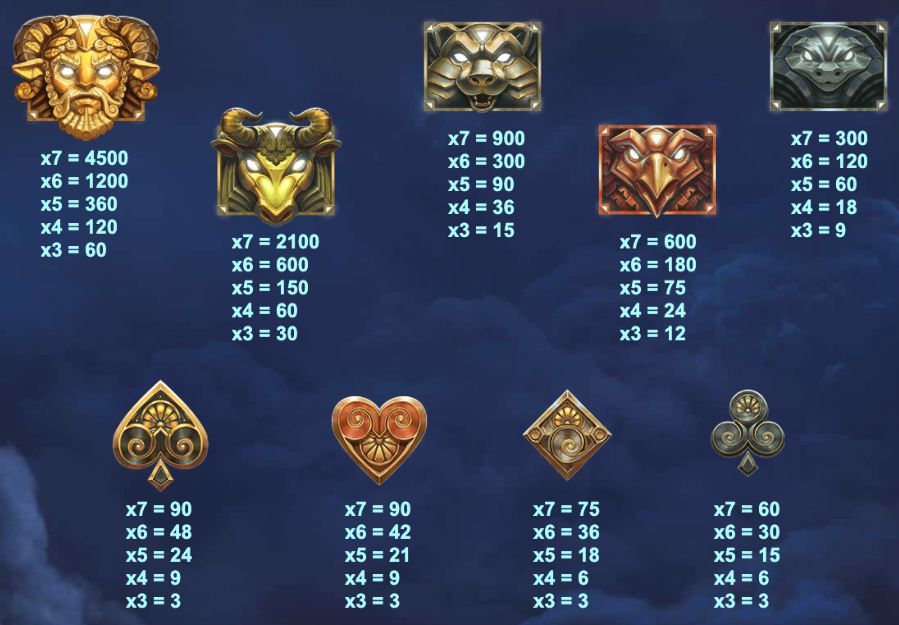 We’re taking a journey back in time now to the realms of the Greek gods and Zeus Lightning Power Reels, this online slot machine from Red Tiger Gaming; behind those seven reels are free spins, expanding symbols and three progressive jackpot prizes.

Zeus Lightning Power Reels is a seven reel slot with six reels and thirty fixed paylines; all the action takes place in Olympus, way up in the clouds and the home of the gods. Lightning flashes across the gold structure in which those reels spin.

Each time the Zeus wild symbol lands on the reels in full view he will pick a random symbol, all of which in view will expand to fill their respective reels. you’ll now be paid out as if these symbols were on paylines, even if they aren’t.

Landing at least three of the Free Spins symbols anywhere in view will award eight free spins; during this round two extra Zeus wild symbols are added to the reels so it’s now possible to land three in any one spin – this leads to bigger wins and upgraded symbols in the Expanding Lightning feature.

Zeus Lightning Power Reels is an action packed slot with some exciting gameplay action, two lucrative bonus features and three progressive jackpots to aim for – what’s not to like?