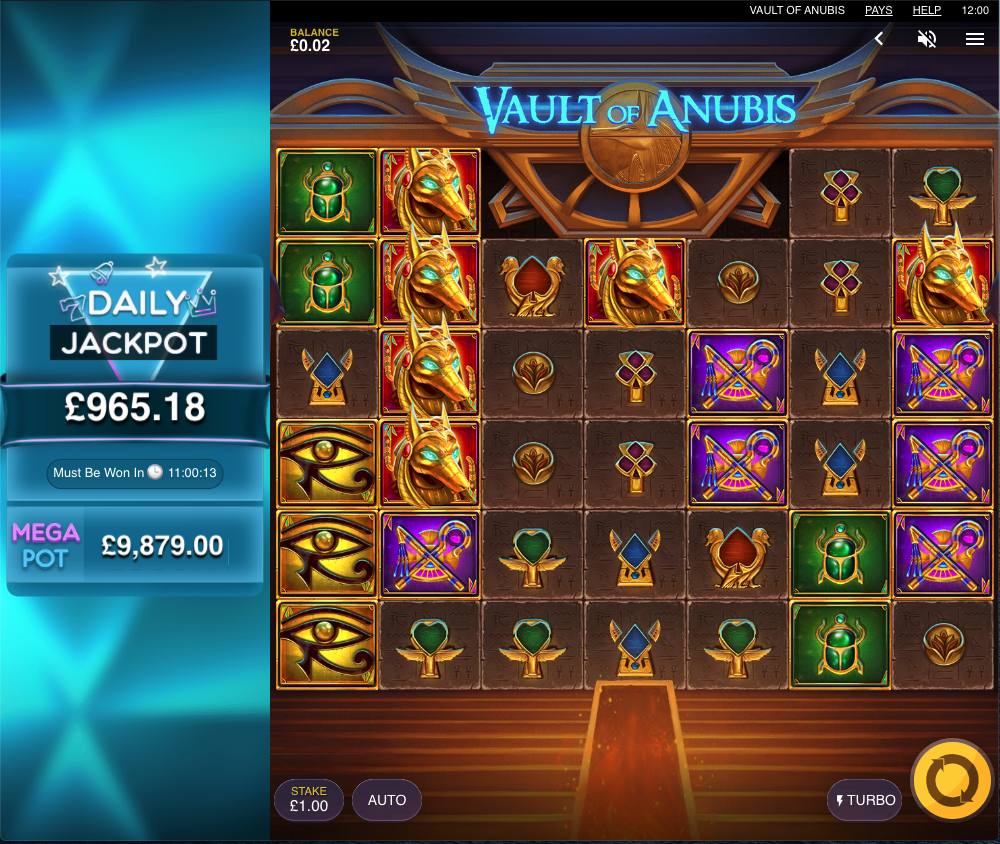 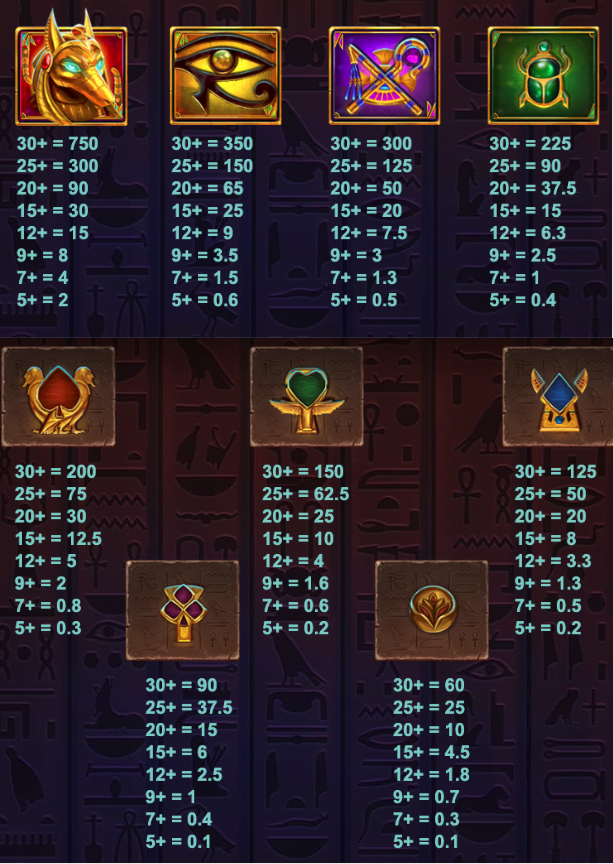 As online slot fans will already know Anubis was the Egyptian god of the afterlife with various other responsibilities and the head of a jackal; he’s now the theme of this online slot from Red Tiger Gaming called Vault of Anubis which tempts players with cascading reels, giant symbols, a progressive jackpot and free spins.

Vault of Anubis plays out on the grid shown above and the aim of the game is to create clusters of at least five matching symbols anywhere in view; the entrance to Anubis’ tomb is where all the action takes place with huge statues on either side lit by glowing embers.

The high value symbols include the jackal’s head, the Eye of Ra, the flail and crook and the green and gold scarab beetle; playing card symbols and a small gold item represent the lower values. The high value symbols can appear as 2×2 or 3×3 Super Symbols. The big, gold and purple ‘Wild’ is wild and it will replace all standard symbols to help make winning matches; the Vault Spins symbol is the scatter.

All symbols in a winning combination will disappear to allow more to fall in from above – more combos can the be formed and this continues until there are no more wins.

Those giant statues beside the reels can randomly place multiple wild symbols on the reels.

This is triggered by landing at least four of the Vault Spins scatter symbols anywhere in view and the number collected during cascades will be shown above the rels. Each win will increase the win multiplier by 1x and a +Spin symbol will award up to eight extra spins.

Vault of Anubis may tread some familiar Egyptian ground but there’s lots to enjoy here, particularly the cascades and the free spins; the luckiest players will also have a shot at the progressive jackpot.