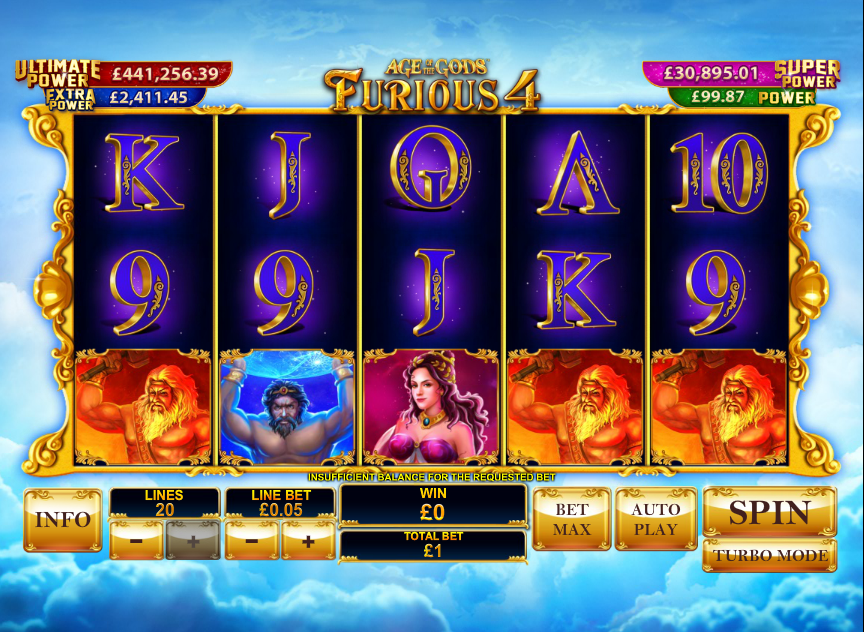 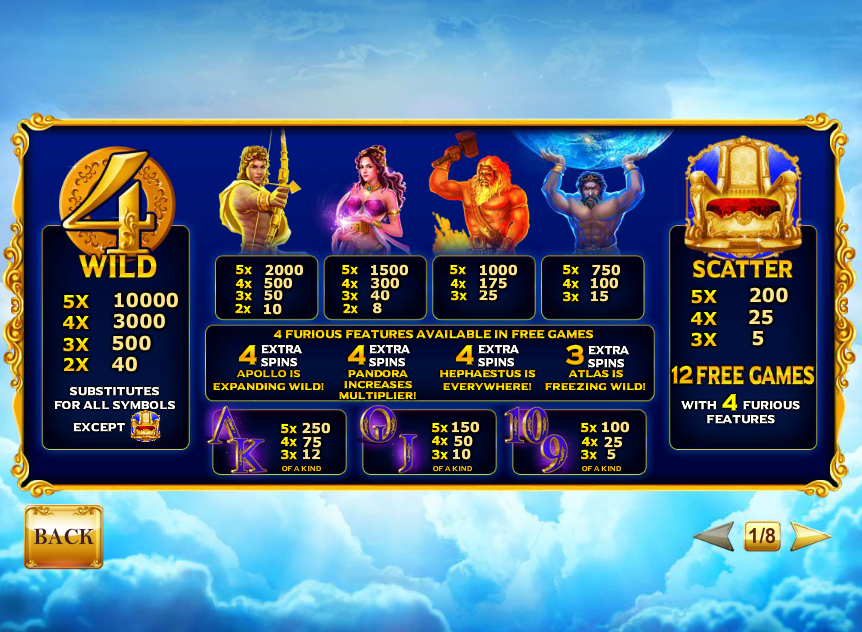 It’s always good to see the Greek gods return as the theme for an online slot, especially one with four separate progressive jackpots. This release is called Age Of The Gods: Furious 4 and not only does it have four jackpots, it also comes with four varieties of free spins to enjoy – read all about it below.

Age Of The Gods: Furious Four is a five reel slot with three rows and up to twenty paylines; those reels spin on an ornate gold frame and because we are in the company of gods we are up in the clouds.

The four higher value symbols are four gods – Apollo, Pandora, Hephaestus and Atlas; the lower values are the standard 9, 10, J, Q, K and A.

The big ‘4’ is the wild, it’s worth a massive 10000x your line stake for five on a winning payline and it substitutes for all others except the golden throne scatter symbols.

These are triggered by landing three or more of the throne scatter symbols anywhere in view and you will receive an initial 12 free spins; when the spins are underway, landing a stack of gods on reel three will award the following:

The main spins can’t be retriggered so when they’re finished you’ll be heading back to the base game.

Age Of The Gods: Furious Four is a big, bold slot with a fitting theme and four interesting free spins feature; the addition of a progressive jackpot is always nice but the RTP is a little low at 93.88% – 94.88%.