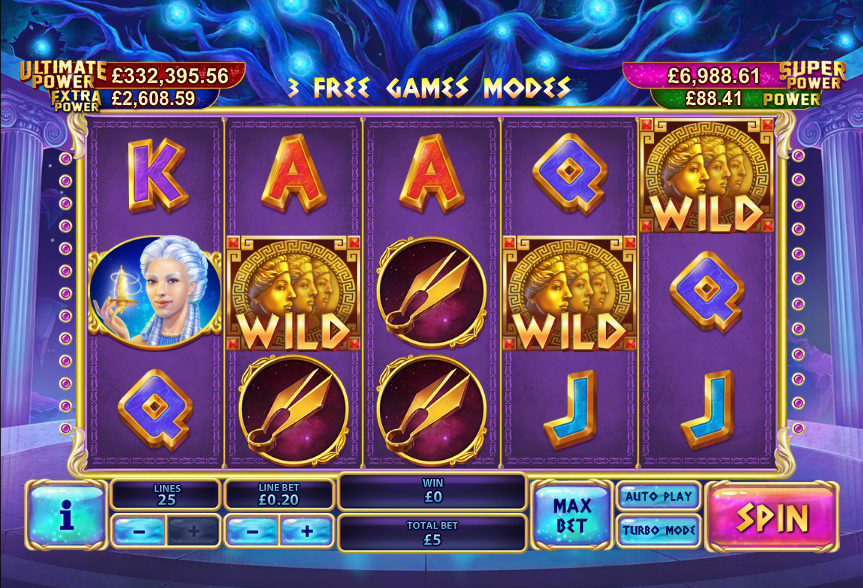 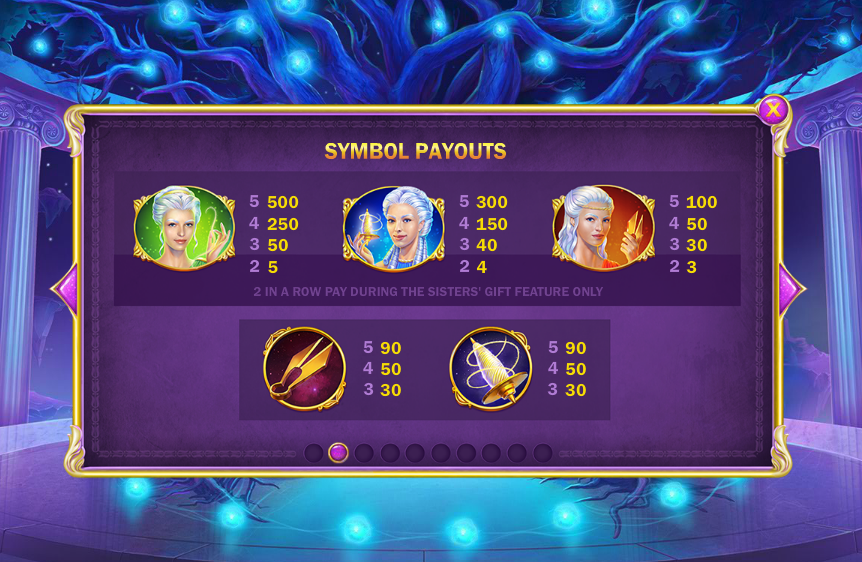 Greek gods are always a rich source of material for online slots developers and Playtech’s range of games with this theme just keep on coming. The latest one to add to the Age of the Gods series is called Fate Sisters and it concerns the Three Fates – Lachesis, Clotho and Atropos.

Age of the Gods: Fate Sisters is a five reel slot with three rows and up to twenty five paylines; the gold rimmed reels spin against a backdrop containing a gleaming circular area flanked by pillars.

The high value symbols include Lachesis, Clotho and Atropos and the tools associated with them; 9, 10, J, Q, K and A represent the lower values.

The wild is a gold symbol containing the three ladies and it will substitute for all others except the scatter which is a blueish view of the moon.

This is triggered by landing Lachesis on reel one, Clotho on reel three and Atropos on reel five; you will now receive one free respin with those ladies frozen in place and acting as scatter symbols, hopefully resulting in a bigger win.

Trigger this by landing three or more of the moon scatter symbols anywhere in view and you will be asked to choose from one of the following free spins modes:

Fate Sisters is a nice addition to Playtech’s series of Greek god-themed slots; it introduces more characters from the era and gives us two separate bonus features, the progressive jackpot and an RTP of between 92.95% to 93.02%.