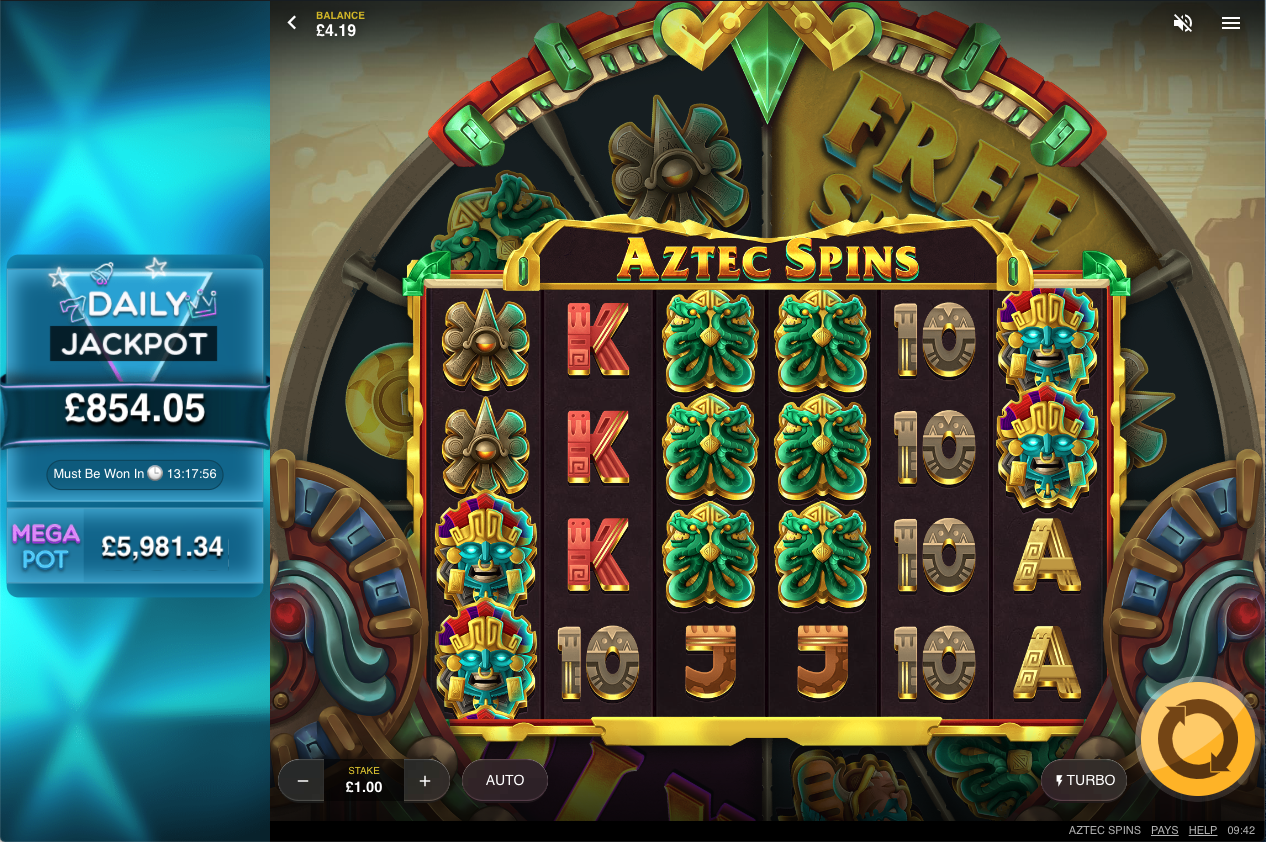 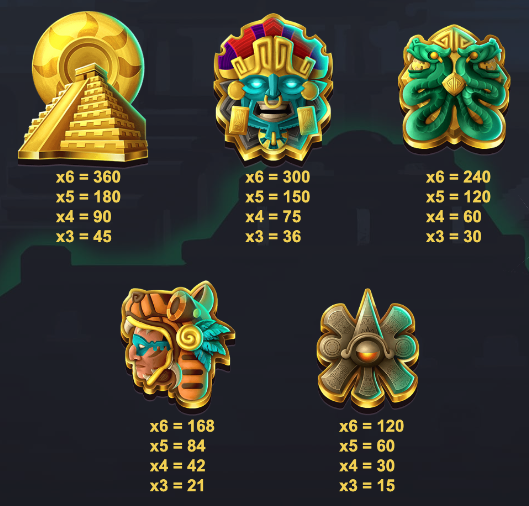 The concept of the Aztec Calendar Wheel is quite widely known, especially following the 2012 phenomenon which incorrectly predicted all manner of global disaster; Aztec Spins is an online slot from Red Tiger Gaming based on that wheel and it offers players free spins, locking symbols and a progressive jackpot.

Aztec Spins is a six reel slot with four rows and thirty fixed paylines; traditional Aztec designs inform the setup here as the giant wheel forms the backdrop to the ornate, golden reels. The progressive jackpot values are shown on the left hand side.

The five higher value symbols include the golden temple, two stylised masks, a twin snake symbol and an inscribed shape with a glowing orb at the centre; 10, J, Q, K and A represent the lower values. There are no wild or bonus symbols in the base game.

All the bonuses are triggered by landing the Aztec Wheel 2×2 symbol fully in view on reels three and four; the wheel will now spin and award the bonus on which it lands:

Locked Symbols – the wheel lands on a symbol and reels three and four are filled with that one; they lock in place along with any other matching symbols on the reels. The reels now spin, locking any new matching symbols until a win is formed.

Stacking Multiplier – your next win will be subject to a 10x multiplier; this can increase to 30x with more Aztec Wheel spins before the next win. If you reach the 30x on the Wheel then this segment gets replaced with a ‘Wheel Respin’.

Free Spins – awards twelve free spins in which the Wheel is more likely to hit again; six spins will be awarded if this is triggered during this round.

Aztec Spins is a colourful and enjoyable slot with a clever way to trigger the bonuses and various themed bonus features; chuck in some progressive jackpots and there’s very little to dislike.