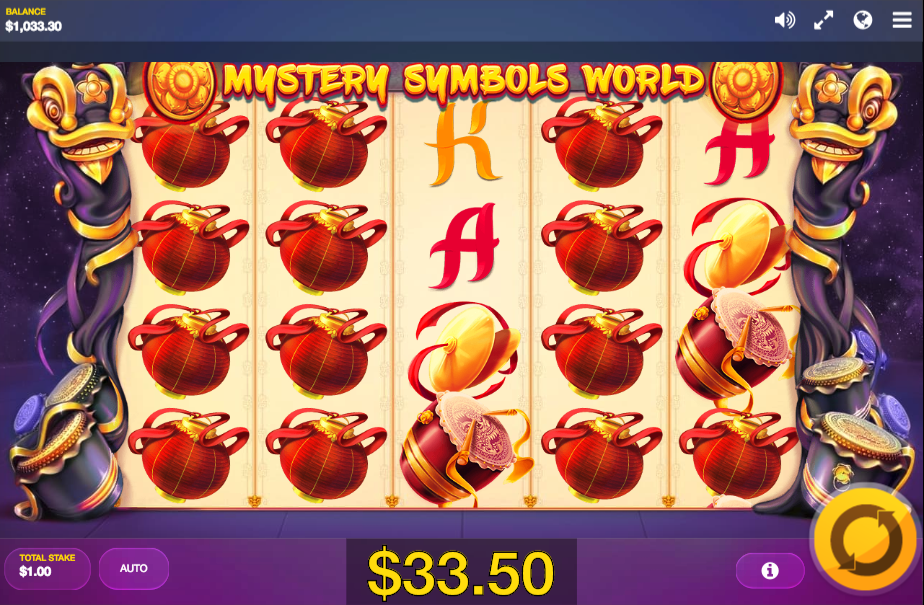 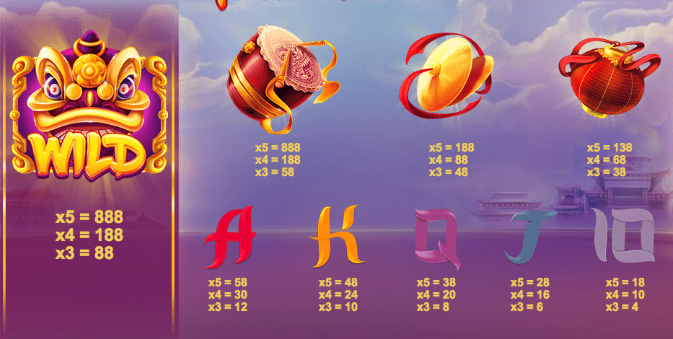 Red Tiger are a software developer who specialise in oriental-themed online slot machines and here we have a game called Lion Dance; it comes with random reel modifiers, a progressive jackpot, a free spins round and you find out how it all works right here.

Lion Dance is a five reel slot with four rows and forty fixed paylines; stylised, drum toting lion statues guard either side of the reels while in the background ashes and embers float towards the night sky.

There are just three high value symbols and these are the ceremonial drum, the cymbals and the paper lantern; 10, J, Q, K and A make up the lower values.

The lion’s head is wild and it will substitute for all others to form winning combos except for the Free Spins scatter symbol.

This is a selection of four features which are triggered randomly when you see the lion appear in front of the reels:

This is triggered by landing three of the Free Spins scatter symbols anywhere on reels one, three and five and, as you can see from our video, you get to pick from three objects to reveal the number of spins awarded (up to 18).

On each spin during this round one of the reel modifiers will activate to help you out with a bit more winning potential.

Plenty of features, some good looks and regular wins mark Lion Dance out as a slot to be reckoned with – it’s good fun, it’s designed to a high quality and of course it comes with that progressive jackpot, Check it out, it comes with an RTP of 94.99%.