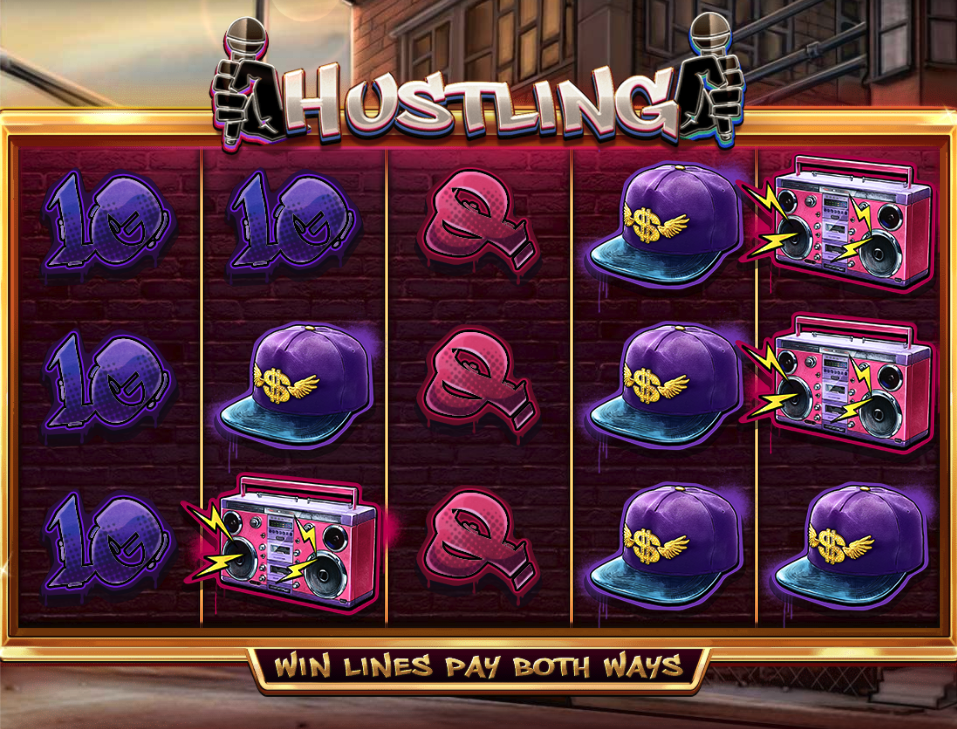 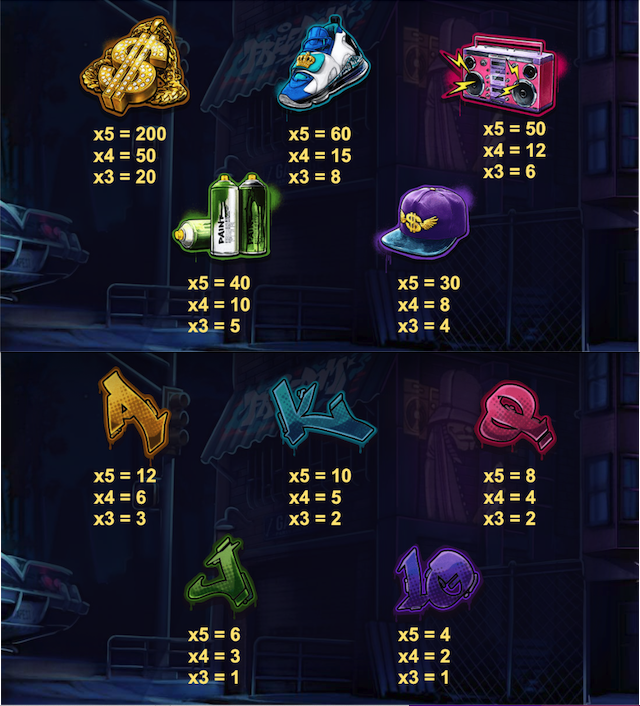 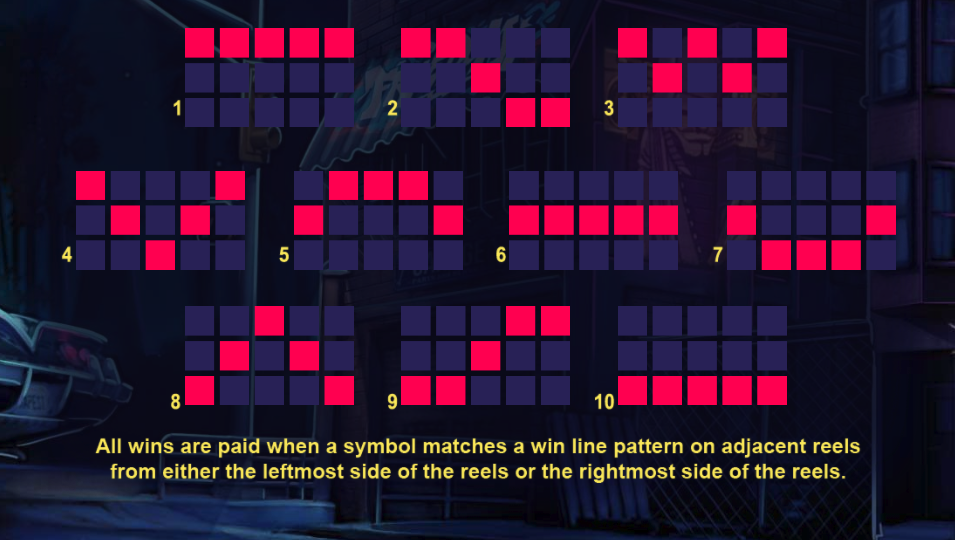 In the mid-1990s the rivalry between East Coast and West Coast rappers in the United States burst out into the open, resulting in the still-unsolved murders of The Notorious B.I.G. and Tupac Shakur; this online slot from Red Tiger Gaming with the title of Hustling appears to mirror that feud somewhat in its theme which also tempts players with Super Wild symbols, paylines which are active in both directions, free spins and three progressive jackpots.

Hustling takes place on what looks like New York in the late 1980s and there are five reels, ten paylines and a laid back hip hop soundtrack to accompany the gameplay; the paylines run in both directions though so there are effectively twenty ways to win.

High value symbols include the giant gold necklace, blinged-up trainers, a ghetto blaster, some spray paint and a baseball cap; 10, J, Q, K and A represent the lower values. There are two wilds – east and west rappers – and they only appear on reel one and reel five respectively.

Both Super Wild symbols are three positions high so they can occupy all their respective reels when they land; when one appears it will lock in place for the next spin.

Landing both Super Wilds on the reels at the same time will trigger this feature and award ten free spins with those wilds locked in place; you’ll be prompted to select east or west before the round starts and when it does every win which involves a wild symbol will increase the win multiplier for that wild by 1x.

If your selected wild has the highest multiplier when the round ends the you’ll get another ten spins; if the multipliers are equal then you’ll get one spin at a time until the winning wild is determined.

This is triggered from the base game by landing three of the jackpot symbols which will award either the Daily Jackpot, Super Jackpot or Hourly Jackpot shown to the left of the reels.