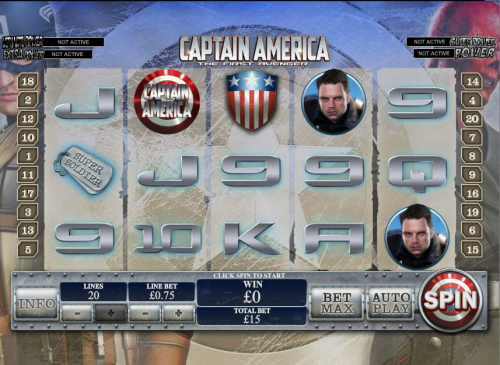 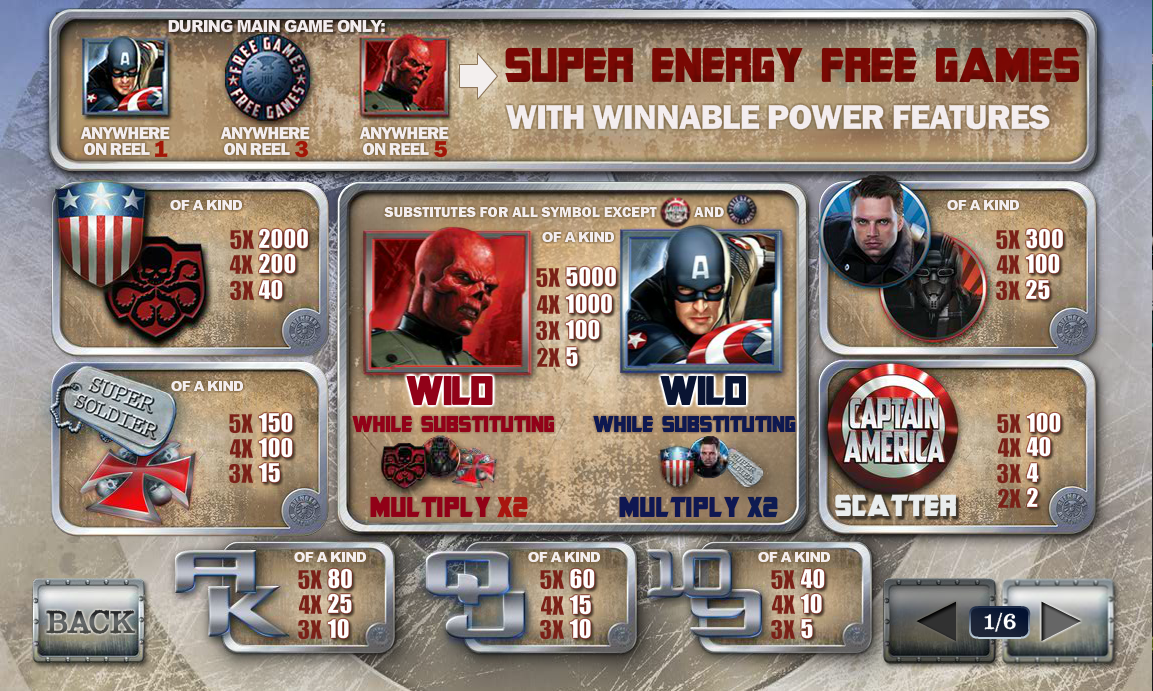 Playtech’s range of Marvel slots are some of the most iconic slots machines available; after all what could be better than a combination of our favourite pastime and superhero excitement.  Playtech‘s licensing agreement with Marvel seems to have worked out well for everyone and as far as we’re concerned there hasn’t been a bad game yet.

Captain America – The First Avenger is a very slick looking game with a metallic feel to it and it’s based on the 2011 film of the same name.  The background to the game features our hero on the left with his nemesis, Red Skull, on the right while the reels spin on the scratched surface of Captain Americas’s shield.

The basic low value symbols are here as 9, 10, J, Q, K and A while there are six higher value symbols split into three groups of two – good and bad versions of our hero (without costume) and his enemy, Super Soldier dog tags and a skull-adorned nazi badge and the logos of both the main characters.  The shield is the scatter symbol, there’s a Free Games symbol labelled ‘Free Games’ and there are two wild cards – Red Skull and Captain America.

There’s only one bonus game but it’s a good one if you can trigger it; you need to land Captain America on reel one, the Free Games symbol on reel three and Red Skull on reel five.  You’ll then get four free games but first you get taken to a screen featuring nine shields from which you keep picking power-ups until you hit ‘Collect’.  During this stage you can win more free spins, multipliers, expanding wilds and the like, all of which turn your original four spins into something much more lucrative.

As it’s a Marvel slot it’s connected to the Marvel progressive jackpot network and that should be enough of a reason for most players to give this lost a try; all players are eligible for these random wins but the higher your bet the more chance you’ll have of winning.