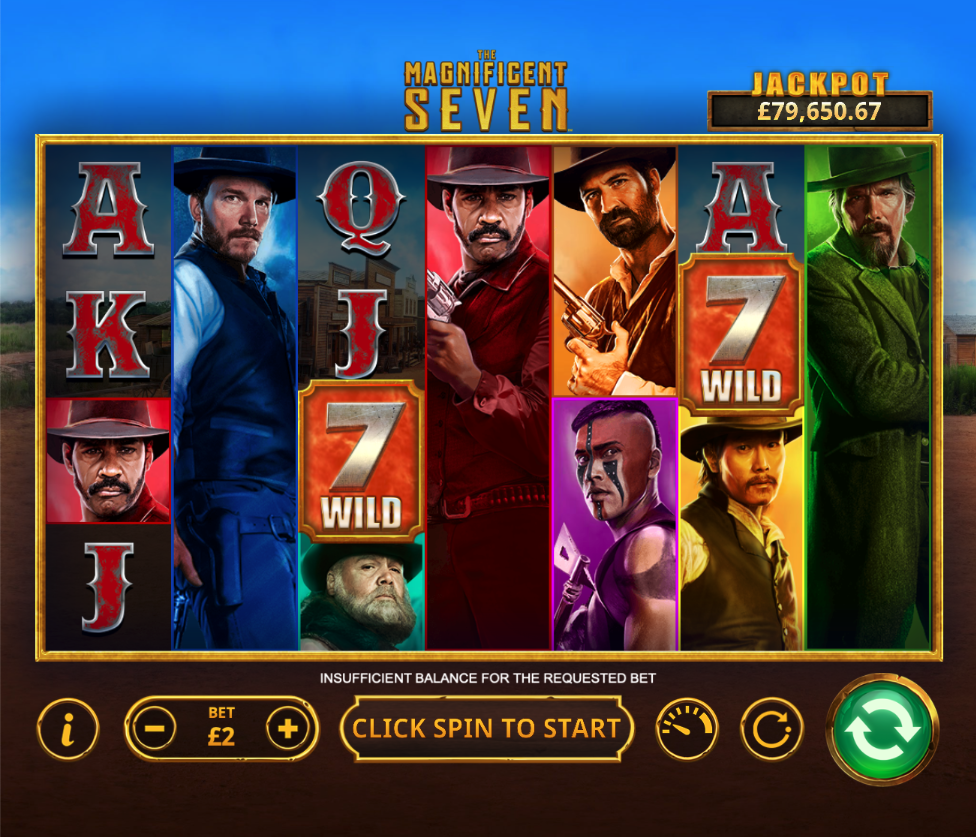 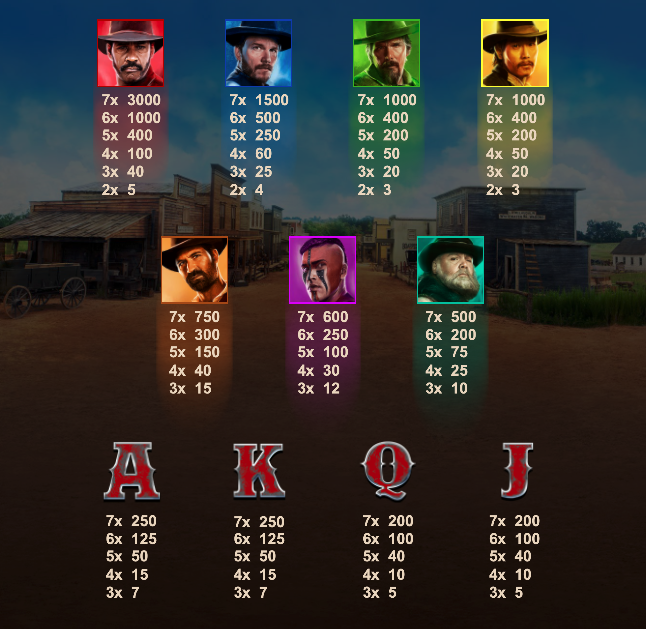 The original movie The Magnificent Seven was a critical masterpiece from 1960 based on Kurosawa’s Seven Samurai but this online slot from Skywind is based on the more recent 2016 remake which was still good, just not as good. Anyway let’s have a look at this game which, from £0.40 per spin, offers players seven character bonus features and a progressive jackpot prize.

The Magnificent Seven is a seven reel slot with four rows and forty fixed paylines; viewed in full screen you’ll see the village behind those reels which are heroes need to protect.

The seven characters from this story – Hunter, Lucky Gambler, Shooter, Assassin, Outlaw, Warrior and Tracker – are the high value symbols and they all appear stacked on the reels; J, Q, K and A are the lower values. The crossed pistols are the bonus symbols and the ‘7’ is wild.

Each of the seven features is triggered by landing a fully stacked character on reel four plus the bonus symbol anywhere – you’ll then receive the feature related to that character:

This is pretty simple to explain but hard to achieve – if you can land a fully stacked different character on every reel in any order you’ll win it.

This slot is a great tribute to the movie with a feature dedicated to each of the characters and a progressive jackpot to add to the mix; it’s designed to a very high quality with some clips from the film included and original sound effects also.