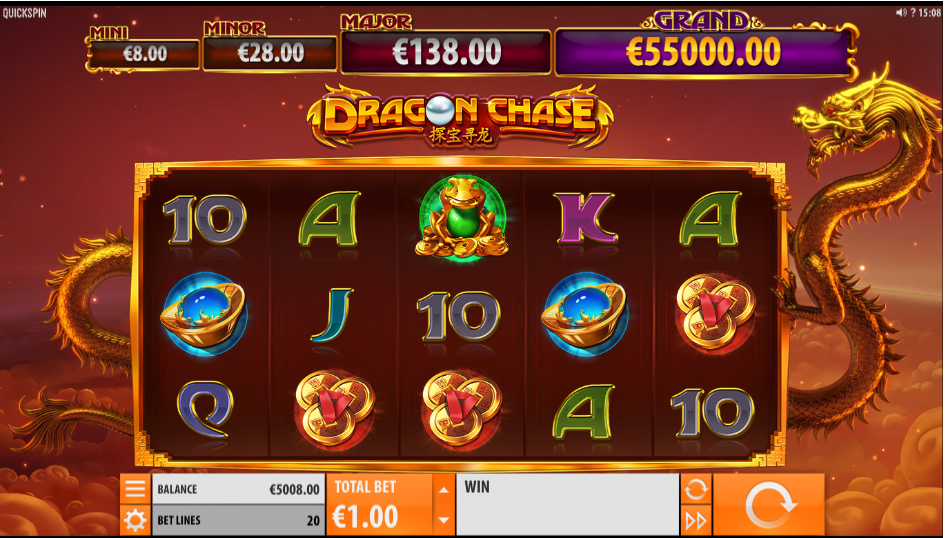 There’s a fire-breathing lizard at the centre of this oriental-themed online slot from Quickspin – it’s called Dragon Chase and it comes with free spins, a progressive jackpot and a golden dragon breathing wild symbols onto the reels.

Dragon Chase is a five reel slot with three rows and twenty fixed paylines; those reels float in a golden frame around which the golden dragon stretches, occasionally breathing fiery wild symbols into play (but more of that shortly).

The higher value symbols include stylised golden dogs and toads, a blue orb and some Chinese coins; 10, J, Q, K and A represent the lower values.

The wild symbol is a ball of fire exhaled onto the reels by the golden dragon; those wilds will move down one position on their reel on each spin until they drop off the bottom. The wild will replace all other symbols except for the gong bonus and the pearl scatter icons.

Trigger a chance to win the jackpot by landing three of the pearl scatter symbols anywhere on reels one, three and five; you’ll now be whisked to a different reel set containing only pearls and blanks and you’ll start with three spins – each pearl which lands will lock in place and reset the number of spins to three.

The task is to collect as many pearls as possible to win the various jackpots: 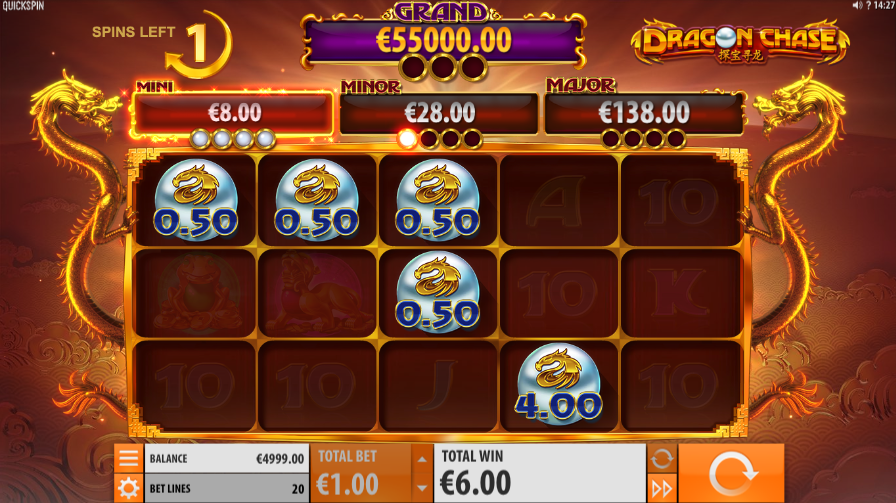 Quickspin rarely fail to impress and Dragon Chase is another high quality and enjoyable slot; the features seem to hit regularly and the wild symbols appear often – courtesy of the golden dragon.