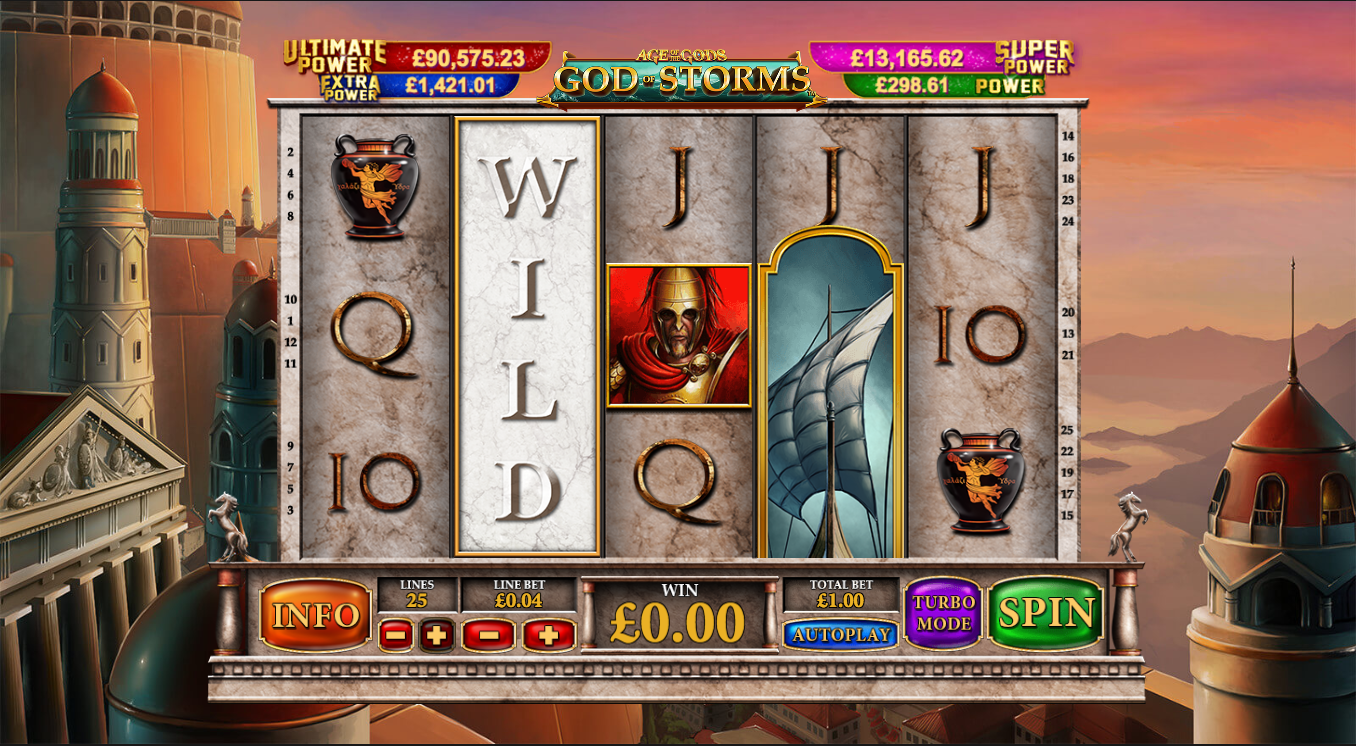 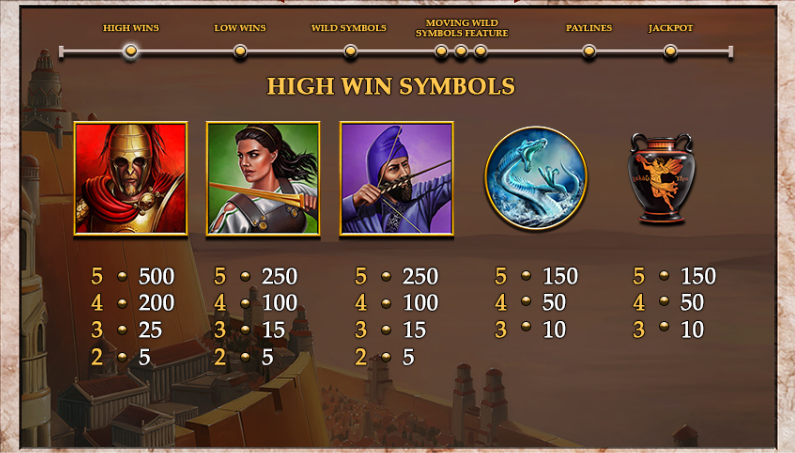 The Greek gods are time worn friends of the online slot player and we are pleased to say that Playtech have released another game on this theme from their Age of the Gods series; it’s called God of Storms, it comes with a progressive jackpot, an interesting bonus features and it’s explained in more detail below.

Age of the Gods: God of Storms is a five reel slot with three rows and up to twenty five paylines; the reels pin on a carved stone block behind which we can see a cityscape of Athens and beyond that the sparkling Aegean sea.

The higher value symbols are three of the unnamed characters from this story – the archer, the swordswoman and the chap in the armour – along with an ornate vase and a picture of a sea monster, possible the Kraken. 10, J, Q, K and A make up the lower values.

The ship is the wild symbol, it appears only on reels two, three and four and it’s three positions high so it can fill an entire reel, substituting for all others to make winning combos.

This is triggered whenever the wild ship fills an entire reel; you will now receive respins which will continue with the wild ship moving one place to the left per spin. A multiplier for any wins increases by 1x (to a maximum of 5x) per spin and when the ship gets blown off the left hand side you’ll be awarded one more spin.

God of Storms is a little less complex than some of the other games in the Age of the Gods series but it’s just as enjoyable and designed to the same very high quality so check it out. This releases comes with an RTP of 96.14%.