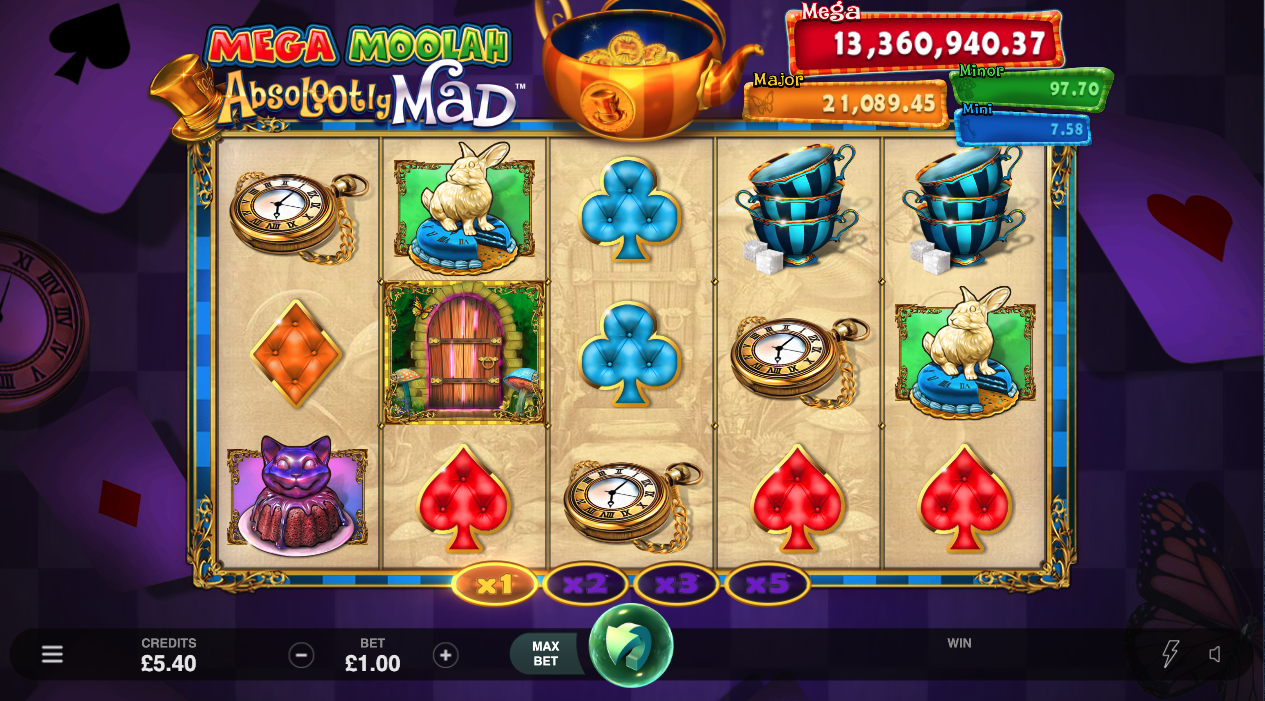 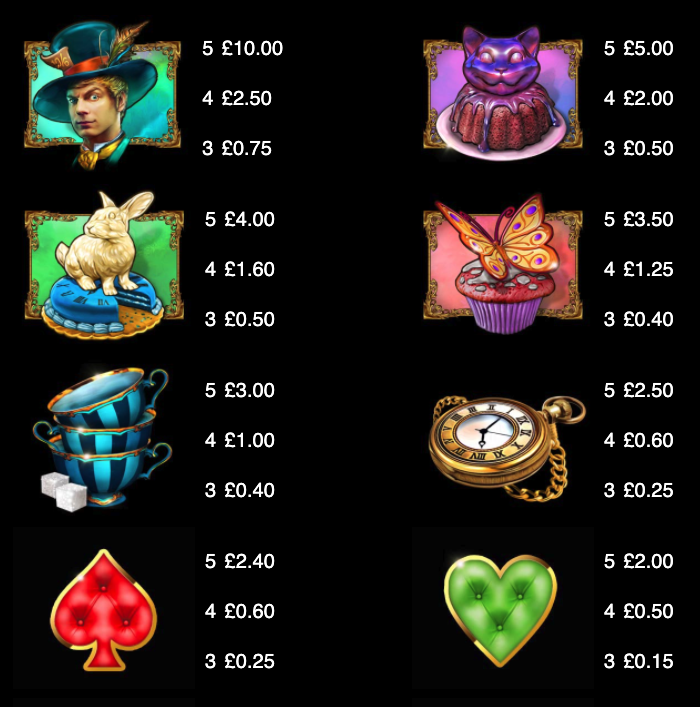 It’s been a while since we’ve seen a Mega Moolah slot but we’re pleased to say there’s a new one from Microgaming/Triple Edge Studios in the shape of Mega Moolah Absolootly Mad; it comes with an Alice in Wonderland theme, free spins and the tasty progressive jackpot.

Mega Moolah Absolootly Mad is a five reel slot with three rows and two hundred and forty three ways to win; those reels spin within a stripy, blue frame adorned with progressive jackpot prizes, golden top hats and a kettle full of coins.

The theme-related symbols include the behatted chap, the Cheshire cat, the white rabbit, the butterfly, the tea cups and the pocket watch; playing card symbol in red, green, blue and orange make up the lower values. The gold coin is wild, it appears on reels two, three and four and it will replace all symbols to help form winning matches – the wooden door is the bonus symbol.

Always a popular feature with us, Rolling Reels means that any symbols involved in a winning combo will disappear and be replaced by more falling in from above which can then continue the process; each new drop increases the win multiplier from 1x, 2x, 3x to 5x.

Landing three of the wooden door symbols anywhere in view will award eight free spins and the wild contributes here too; the spins can be retriggered and the multipliers for the Rolling Reels now start at 3x and increase to 6x, 9x and finally 15x.

Every time the golden wild coin lands on the reels a number of coins will be  transferred into the gold kettle at the top of the screen; the more coins in the kettle (and the higher the stake), the more chance there is of triggering the Cuckoo Jackpot Wheel which will award either the Mini, Minor, Major or Mega jackpots.

It’s good to see the Mega Moolah jackpot in a brand new game, especially one that’s designed to a high quality like Absolootly Mad; the only downside is a low RTP of 92.02% compared to 97.00% for the original Mega Moolah.