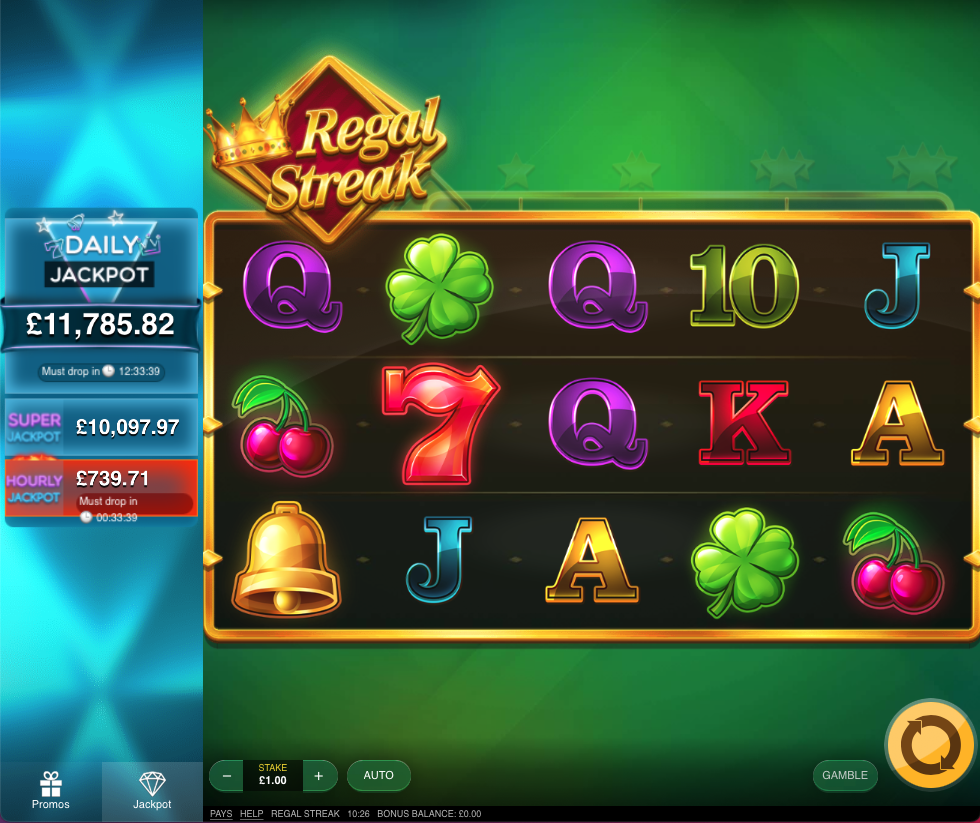 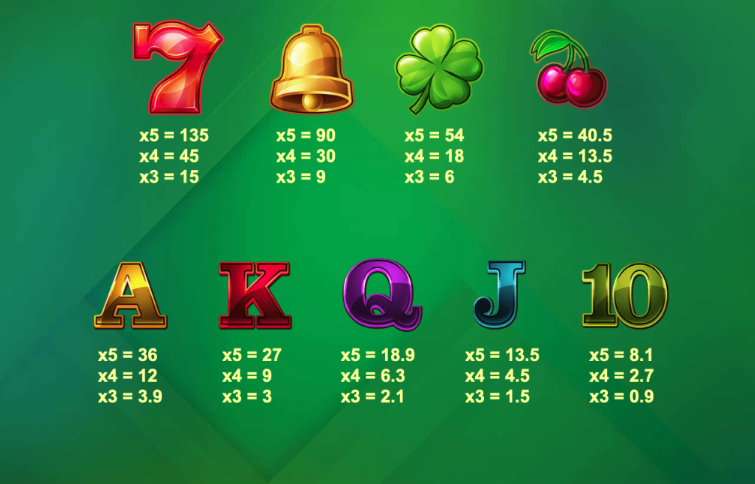 Sparkling fruit and royal symbols are what’s on offer if you’d like to try out this interesting online machine from Red Tiger Gaming; it’s called Regal Streak and from £0.20 per spin it offers players free spins and three progressive jackpot prizes.

Regal Streak is a five reel slot with three rows and just three paylines but don’t be put off by that perceived paucity of winning opportunities because combos can be formed anywhere on a payline as long as there are there are at least three matching symbols there.

High value symbols include red sevens, golden bells, four leaf clovers and cherries; 10, J, Q, K and A represent the lower values. There are no wilds in Regal Spins but there’s a bonus symbol represented by a gold crown.

If you’re lucky and two crowns have landed on a payline than one more may be nudged onto it to trigger the free spins.

Landing three, four or five of the gold crown bonus symbols on a payline will award an initial 15, 20 or 25 free spins respectively and during the round more can be won by repeating this feat.

Before the round starts one of the standard symbols will be selected as a multiplier symbol with a progression bar appearing above the reels; each win with that symbol will increase the multiplier for the whole round and the higher value the symbol is, the bigger the multiplier.

This is triggered from the base game by landing three of the jackpot symbols which will either award Super Jackpot or the Daily/Hourly Jackpots which ,just be won in the time limits displayed.

What looks like quite a basic slot turns out to have some interesting complexity with the ability to create combos anywhere on a payline and an enhanced free spins round; chuck in three progressive jackpots and it’s all good!