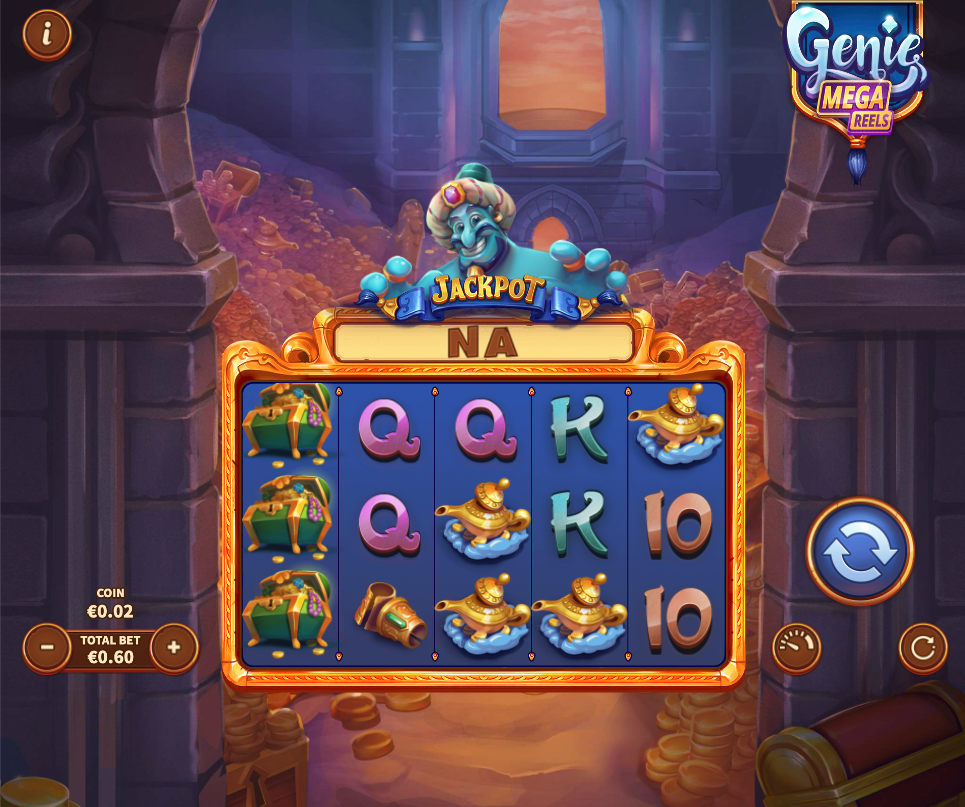 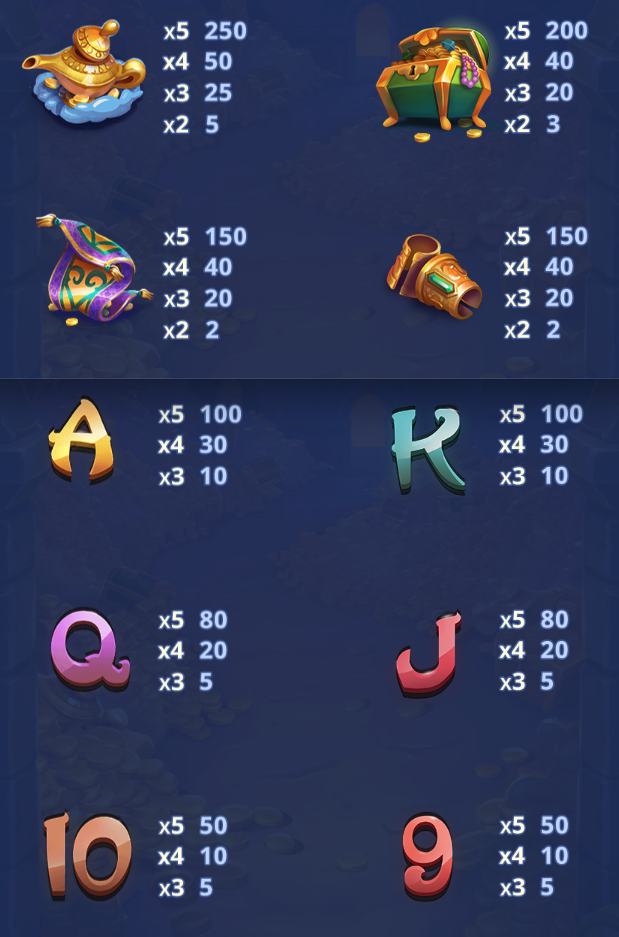 The mysteries and treasure of the Arabian peninsula are the goal for anyone wanting to try out this online slot developed by Skywind – it’s called Genie Mega Reels and from £0.30 per spin it tempts players with expanding reels, free spins, wild features and a progressive jackpot.

Genie Mega Reels is a five reel slot with three rows and a potential ninety paylines on each spin; those reels spin in the entrance of a room filled with piles of gold coins and treasure while the blue genie watches over proceedings from above.

The higher value symbols include the magic lamp, the treasure chest, the flying valet and the golden wristbands; 9, 10, J, Q, K and A make up the lower values. The genie is wild and he appears on reels two to five while the Bonus Wheel is the special symbol.

The genie above the reels may animate every so often and trigger one of three wild features:

Landing three of the Bonus Wheel symbols on reels one, three and five will trigger this feature which awards three spins of the wheel and the following rewards:

What’s not to like about Genie Mega Reels? Loads of features in the base game, free spins, expanding reels, instant prizes and a progressive jackpot – the graphics are great and the animated genie above the reels adds some comic relief.