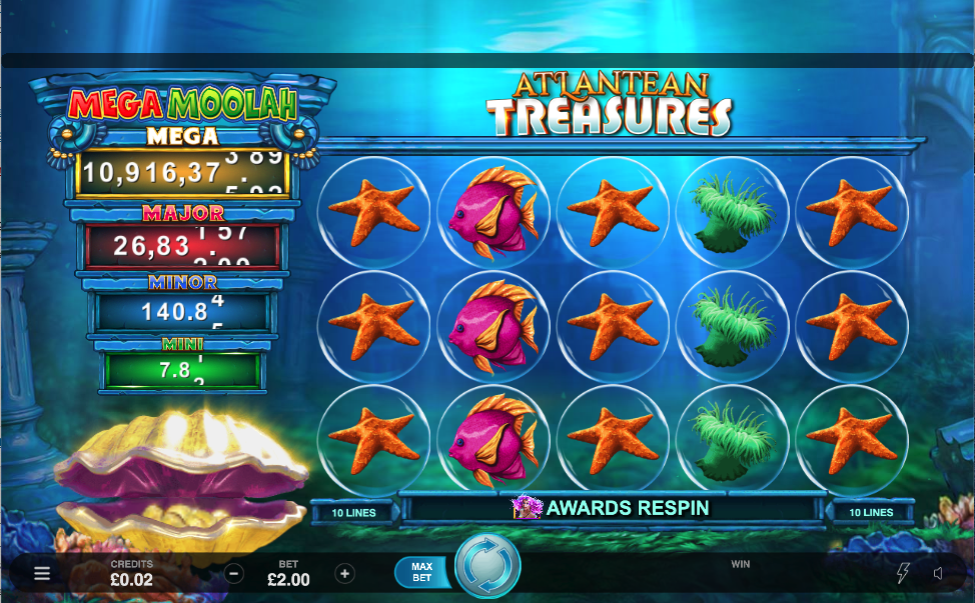 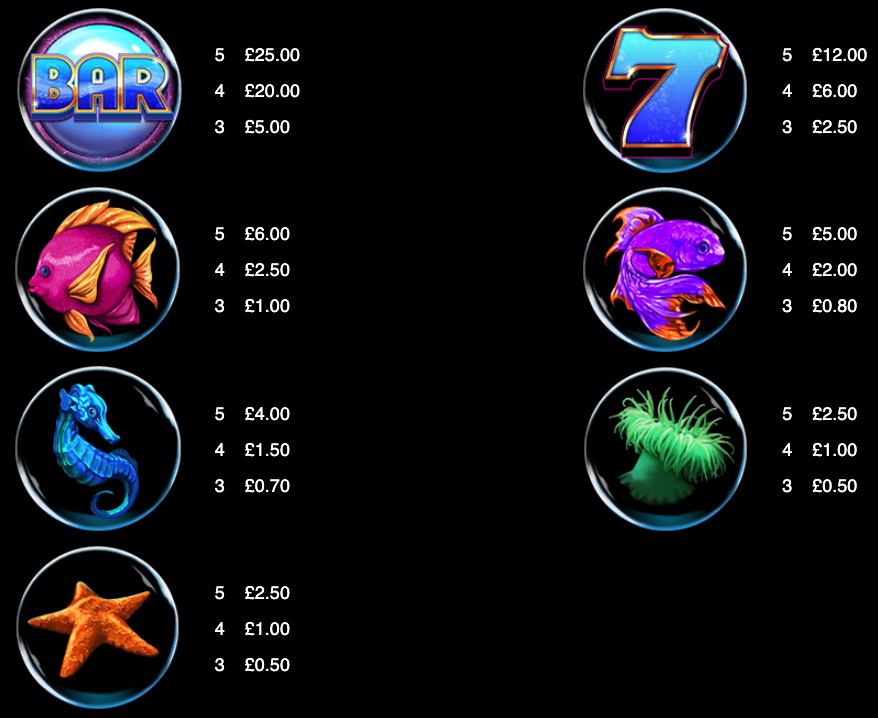 The ancient, legendary and non-existent city of Atlantis is the setting for this fishy online slot from Microgaming/Neon Valley Studios; it’s called Atlantean Treasures Mega Moolah not only does it come with expanding wilds and respins, it also offers players the chance to win three progressive jackpots.

Atlantean Treasures Mega Moolah is a five reel slot with three rows and ten fixed paylines although that’s effectively doubled because wins can be formed from right to left as well as from left to right. Ruined columns and underwater flora and fauna form the backdrop to those reels with the jackpot totals and the associated oyster shell displayed on the left hand side.

There are just seven standard symbols and they include the Bar, the blue seven, the pink fish, the purple fish, the seahorse, the sea anemone and the starfish.

The purple-haired mermaid is wild, she appears on reels two, three and four and when she lands she’ll expand to fill the whole reel; the golden pearl is the special symbol which activates the progressive jackpot.

There’s a bit more to the wild mermaid than simply expanding and she will also lock in place and award a free respin – if any more wilds land this process repeats itself until there are no more wilds or reels two, three and four are completely full of the helpful mermaid. Any payouts will then be made.

The golden pearl is an overlay symbol which can appear on any others on reels two, three and four except the wild; collecting these pearls in the oyster shell will slowly increase the chance of earning a spin on the Progressive Wheel which will award either the Mini, Minor, Major or Mega jackpots. At 1,000,000 coins the Mega is the one you want.

We haven’t seen a new Mega Moolah slot in years (have we missed something?) but Atlantean Treasures is a nice return to form with some colourful, attractive graphics and a respin feature which hits regularly. The only downside is a rather low RTP of 92.08%.