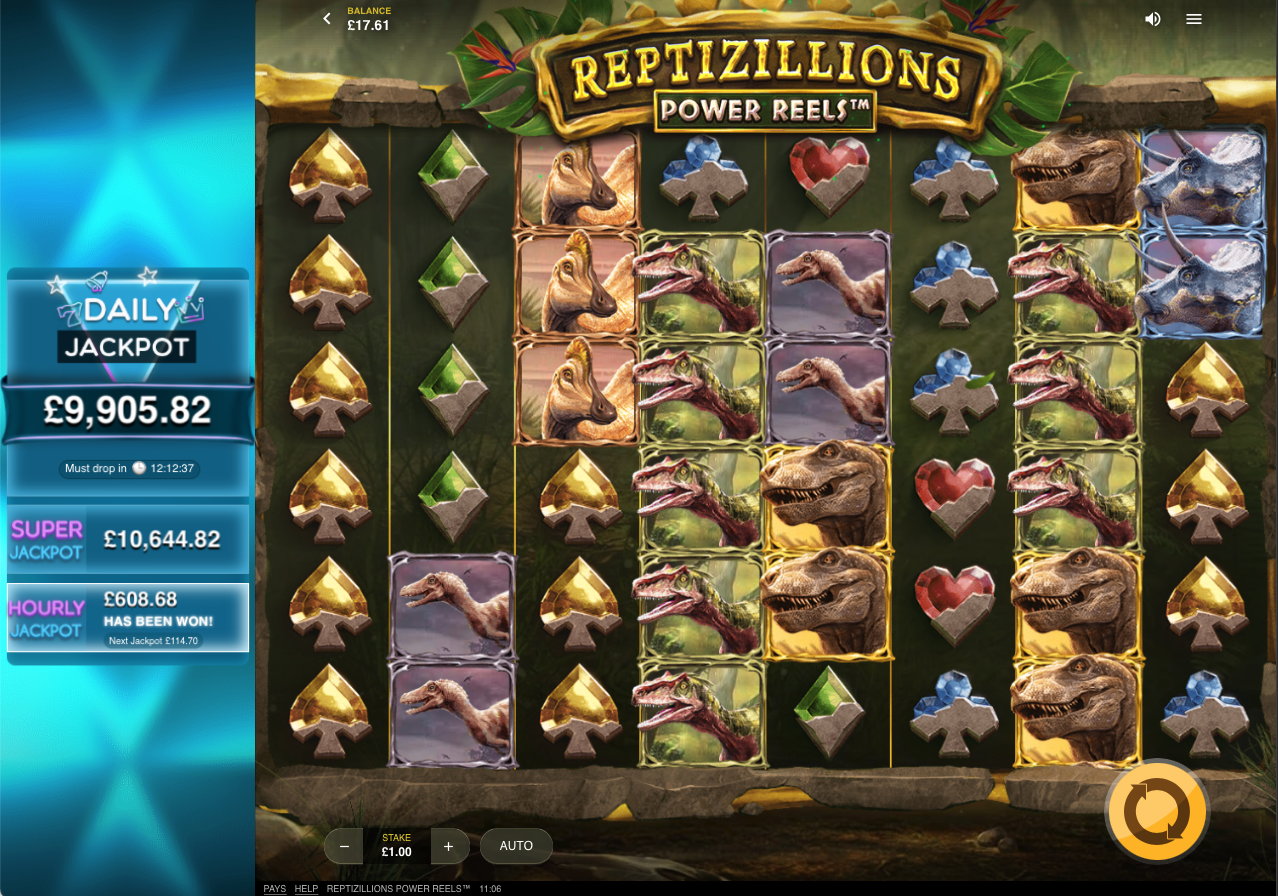 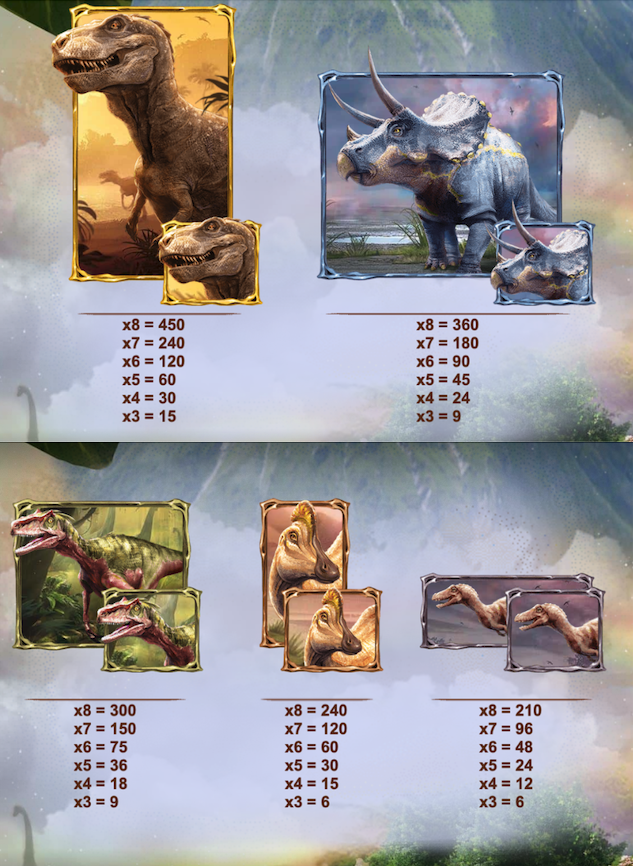 Red Tiger Gaming have come up with a new name for dinosaurs – Reptizillions! These prehistoric creatures are the inspiration behind this online slot which features Power Reels, the Horde feature, free spins and several progressive jackpot prizes.

Reptizillions Power Reels is an eight reel slot with six rows and thirty fixed paylines; the hazy flora of some ancient forest forms the steamy backdrop for that multitude of reels which spin within a stone frame.

The high value symbols are all dinosaurs including the Tyrannosaurus Rex, the Triceratops, the Velociraptor and two others we can’t quite identify; playing card symbols encased in stone represent the lower values.

There are no wild symbols in this game but the special symbol is the Free Spins icon.

This game contains Super Symbols which are any symbols larger than the standard ones – whenever these land they’ll remain on the reels and move one place to the left with each subsequent spin. Any matching symbols (Super or otherwise) which land next the original Super Symbol will attach to it and form a horde, all of which will now stampede towards the left hand side.

This is triggered by landing three of the Free Spins bonus symbols anywhere in view for an initial ten free spins; one dinosaur is now picked at random and up to three of these as Super Symbols will be added to the reels. Any Super Symbols and their respective hordes will reappear on the right hand side after leaving the left hand side of the reels. Any Free Spins symbols landing during this round will award an extra three free spins.

This is triggered from the base game by landing three of the jackpot symbols which will either award the Super Jackpot shown to the left of the reels. There’s also a Daily Jackpot and Hourly Jackpot which must pay out before the time shown.

The dinosaurs have returned in spectacular style in Reptizillions Power Reels, a slot which combines lots of reel positions with the innovative Horde feature, free spins and three progressive jackpots – not to be missed!

The Return To Player percentage for Reptizillions Power Reels is 95.69%.

How To Win On Reptizillions Power Reels?

Land winning combos of at least three matching symbols or wilds starting from the left hand side. Trigger one of the features.

Where can I play Reptizillions Power Reels?