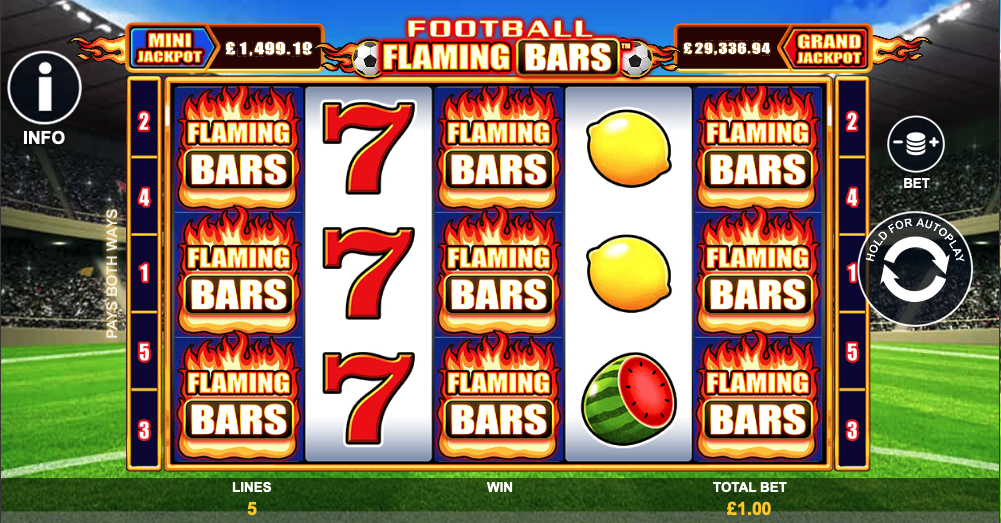 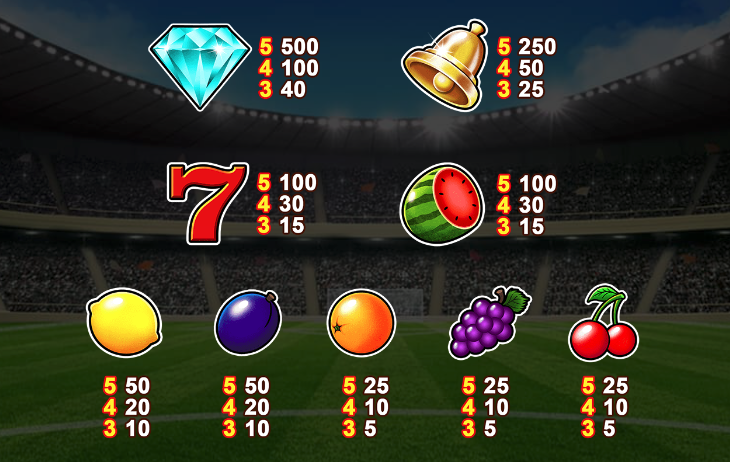 If there’s a footie tournament on right now then you may fancy trying out one of the many online slots themed on the beautiful game; this one is called Flaming Bars, it’s developed by Playtech and from just £0.05 per spin it offers players the chance to win two progressive jackpots and a respin feature.

Flaming bars is a five reel slot with three rows and five fixed paylines; the reels spin within a golden frame floating just above the pitch in an enormous, packed stadium.

The symbols are a traditional and familiar bunch including diamonds, bells, red sevens, watermelons, oranges, plums, lemons, bunches of grapes and cherries; the Flaming Bars logo is the wild symbol.

Landing a reel completely filled with Flaming Bars wild symbols will activate this feature, spread those three wilds randomly across the reels and award a single respin. Any extra wilds landing during this respin will stick in place and trigger another respin – a maximum of five respins are available with those wilds locked in place for the luckier players.

The Mini and Grand progressive jackpots are awarded randomly but bigger stakes will give you a better chance of landing the big bucks.

Flaming Bars squeezes quite a bit into just five paylines and as footie fans we’ll always gravitate towards a slot with this theme – the addition of the progressive jackpots adds almost as much excitement as an injury time winner.

Flaming Bars is a football-themed video slot from Playtech with five reels and five fixed paylines.

The Return To Player percentage for Flaming Bars is 96.00%.

How To Win On Flaming Bars?

Where can I play Flaming Bars?