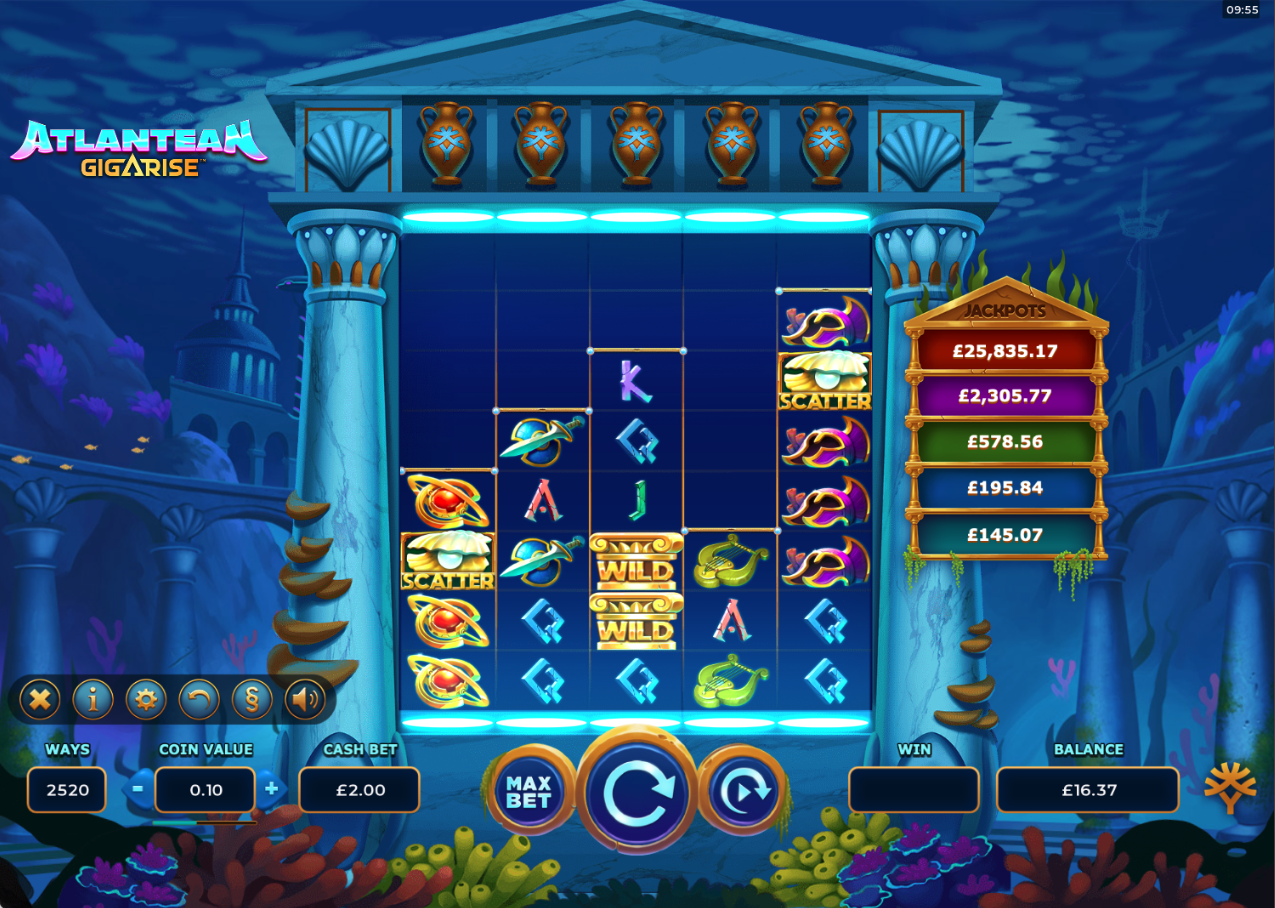 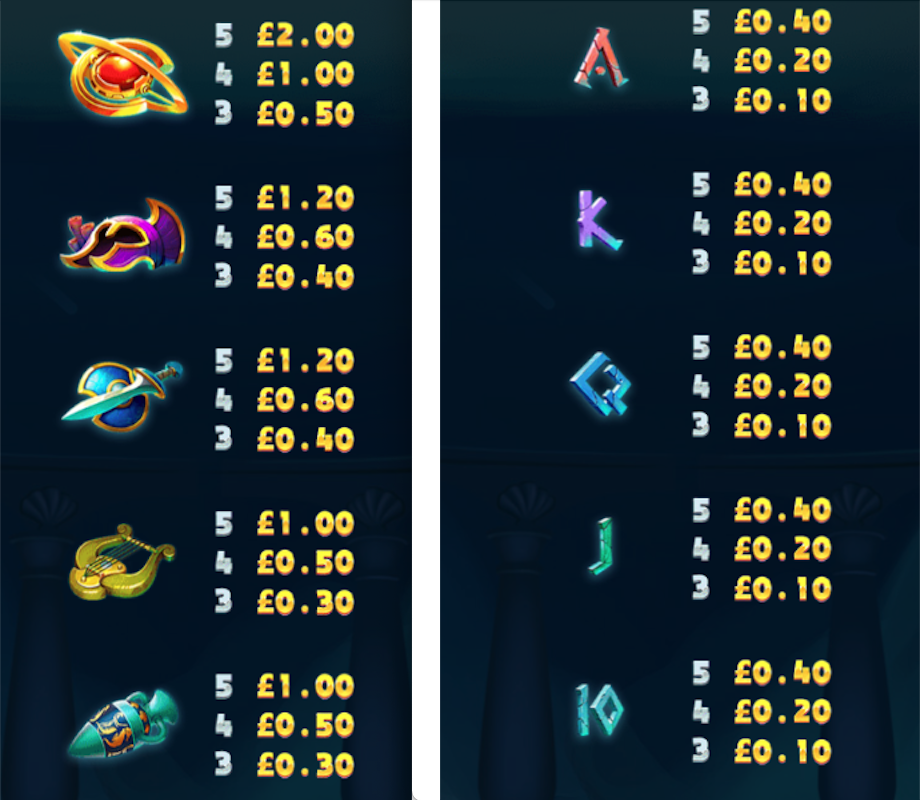 If the fabled lost city of Atlantis had ever existed then there would definitely have been a giant set of spinning reels wedged between giant pillars as in this online slot machine from Yggdrasil Gaming – it’s called Atlantean Gigarise and from just £0.20 per spin if comes with free spins, Rising Reels and up to 294,912 ways to win.

Atlantean Gigarise is a five reel slot with an initial 2520 ways to win; we’re deep underwater and those reels are spinning between marble columns surrounded by palisades, vast buildings and undersea mountains.

The high value symbols include various items of Atlantean jewellery, a sword, a golden harp and a blue vase; 10, J, Q, K and A represent the lower values; the gold could is wild and the special symbols are the trident and the gold clam.

The game will always start with the reels a certain height from left to right – 4, 5, 6, 3 and 7 – and this results in 2520 ways to win initially; each time a trident lands on a reel then that reel will expand upwards by one position to a maximum of eight. If a trident appears one a reel with has reached eight rows then the Bonus Game is triggered after which that reel will shrink back down to three rows high.

The Bonus Game awards a spin of some special reels and there are three possible prize sets in the base game – Bronze, Silver and Gold – selected at random. Prizes which can be won during this spin include cash rewards of up to 200x the stake, up to 80 free spins or one of the progressive jackpots.

Landing three, four or five of the clam scatter symbols anywhere in view will award 20, 40 or 80 free spins respectively; more spins can be won during this round with the addition of five spins for two clams.

The reels all start this feature three rows high and above each reel is a vase which determines either the Bronze, Silver, Gold or Legendary award won if the Rising Reels are triggered. ‘Legendary’ is an extra prize level just for the free spins feature.

Atlantean Gigarise revolves around the Rising Reels base game feature and very entertaining it is too – chuck in some free spins and a progressive jackpot and this is an enjoyable journey deep beneath the waves in the company of the Greek Gods.

Atlantean Gigarise is a Greek God-themed video slot from Yggdrasil Gaming with five reels, variable rows and an initial 2520 paylines.

The Return To Player percentage for Atlantean Gigarise is 96.00%.

How To Win On Atlantean Gigarise?

Where can I play Atlantean Gigarise?