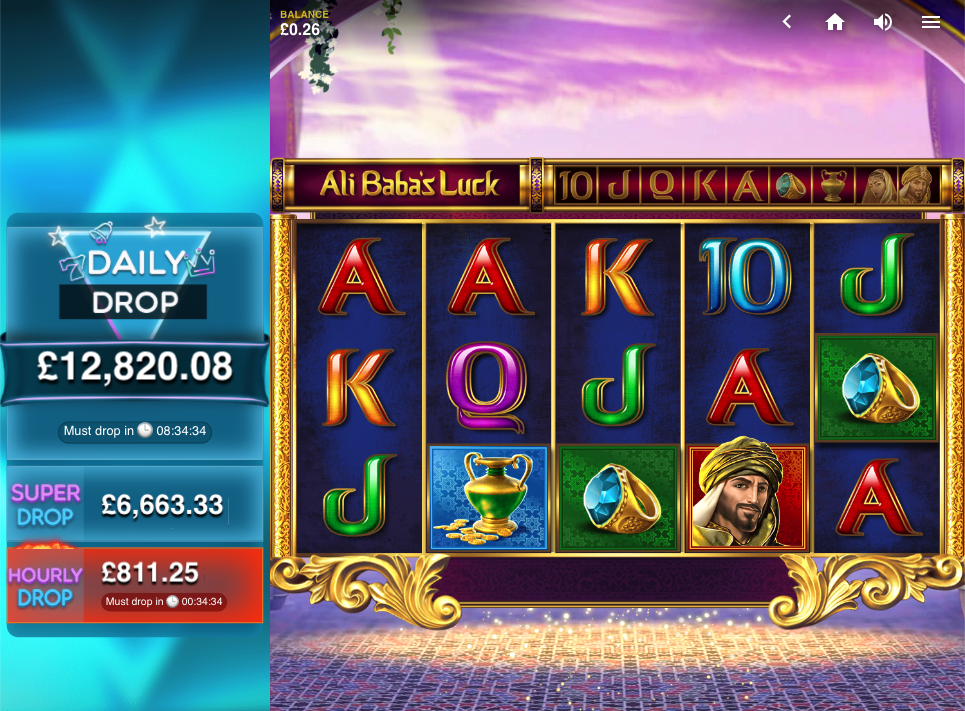 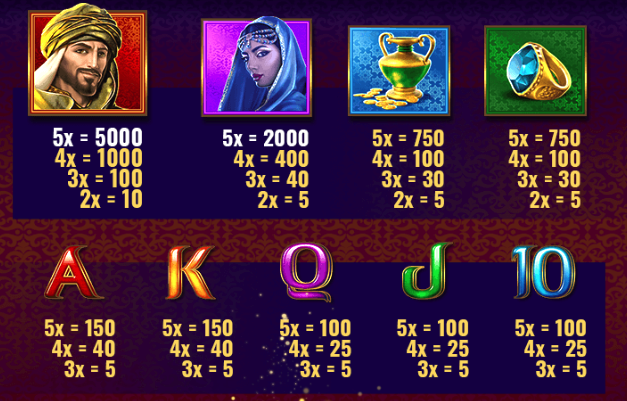 Middle Eastern folk tales have provided the inspiration for many online slots we’ve reviewed in the past and here it’s the story of Ali Baba and the Forty Thieves which is providing the theme; Ali Baba’s Luck is a game developed by Red Tiger which offers players a clever base game bonus feature and three progressive jackpot prizes.

Ali Baba’s Luck is a five reel slot with three rows and ten fixed paylines; the reel-spinning action takes place on the luxurious balcony of some palace, looking out towards the desert dunes.

The four high value symbols include Ali Baba, the slave girl Morgiana, a vase with some gold coins and an expensive ring; 10, J, Q, K and A represent the lower values. There’s no wild symbol in Ali Baba’s Luck but there’s the Dream Spin symbol which is a gold and purple chest.

This occurs within the base game or the free spins whenever a winning combination is formed – the symbol involved in that combo will become an expanding, golden one for the next spin and it can pay out anywhere, as long as there are at least three on a payline.

Landing three of the Dream Spin treasure chests anywhere in view will award the Lucky Round which will determine the number of free spins awarded – extra triggering symbols will add an extra four spins each.

During the Dream Spins any symbols which become golden ones will remain that way until the round ends,

Red Tiger and Ali Baba have teamed up to create a high quality slot which keeps the wins and the action moving along with a clever base game feature; chuck in the lucrative Dream Spins and the progressive jackpots and you’ve got yourself a winner.