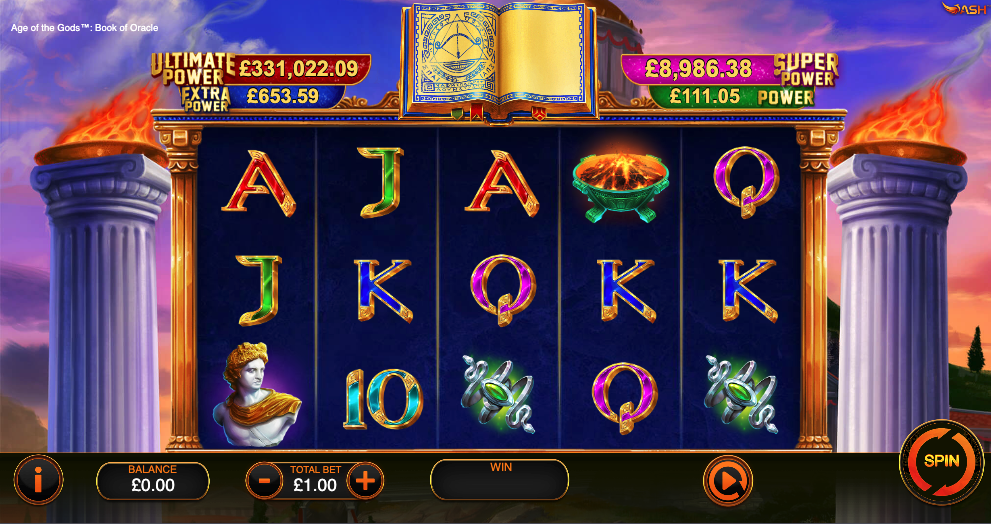 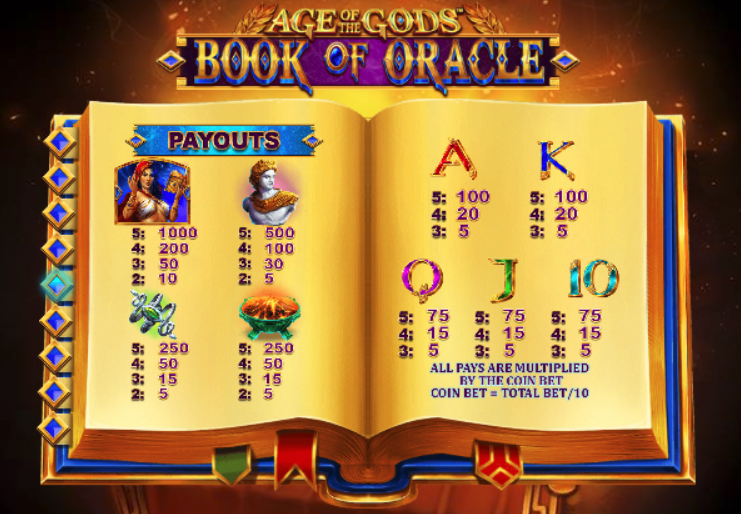 The Age of the Gods series of online slot machines from Playtech/Ash Gaming continues to add to its number and the latest release is called Book of Oracle; from £0.10 per spin it offers bonus features themed on the famous oracle of Delphi as well as four progressive jackpots.

Age of the Gods: Book of Oracle is a five reel slot with three rows and ten fixed paylines; fires burn on top of the columns which flank those reels and pay attention to the book above which is integral to the gameplay.

High value symbols include the Oracle, the statue, the torc and the pyre; 10, J, Q, K and A represent the lower values. The golden book is both the wild and the scatter symbol.

Age Of The Gods: Book Of Oracle Bonus Features

On any spin the book above the reels may reveal a symbol and if there enough of those in view to form a win they will expand to fill their respective reels and payout accordingly.

Landing at least three of the book wild/scatter symbols anywhere in view will award an initial ten free game but five more can be retriggered an unlimited number of times in the same way.

Any symbols which are revealed by the book are collected during this round which means that more than one can expand and pay out on a single spin, promising some big wins.

Book of Oracle is a playable addition to this long-running series of slots and we like the way the legendary Book is built into one of the bonus features; add a progressive jackpot, free spins and a high RTP of 96.48% and it’s certainly worth a look.