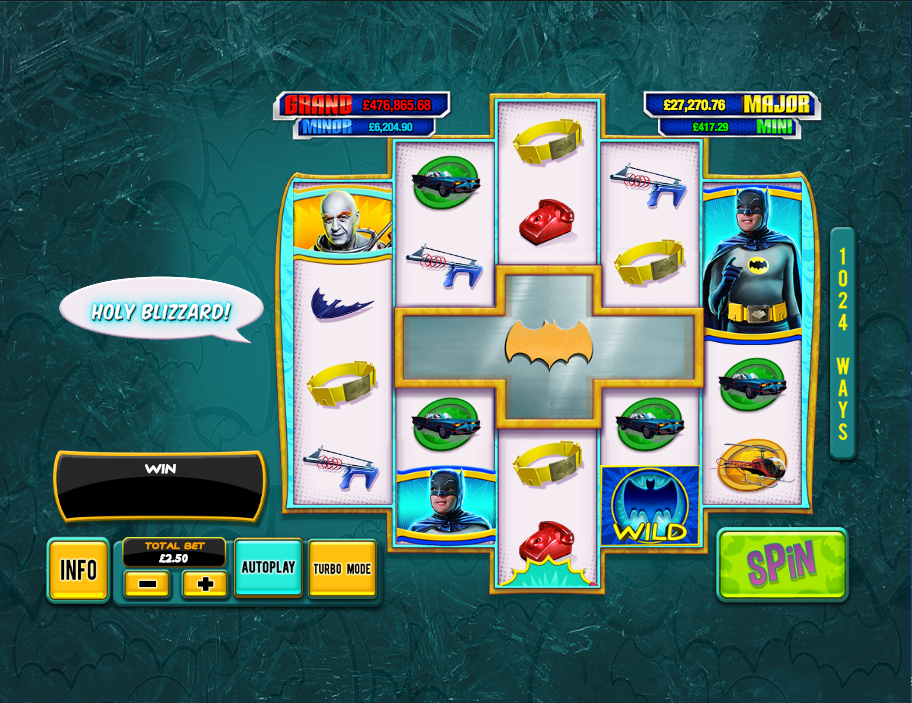 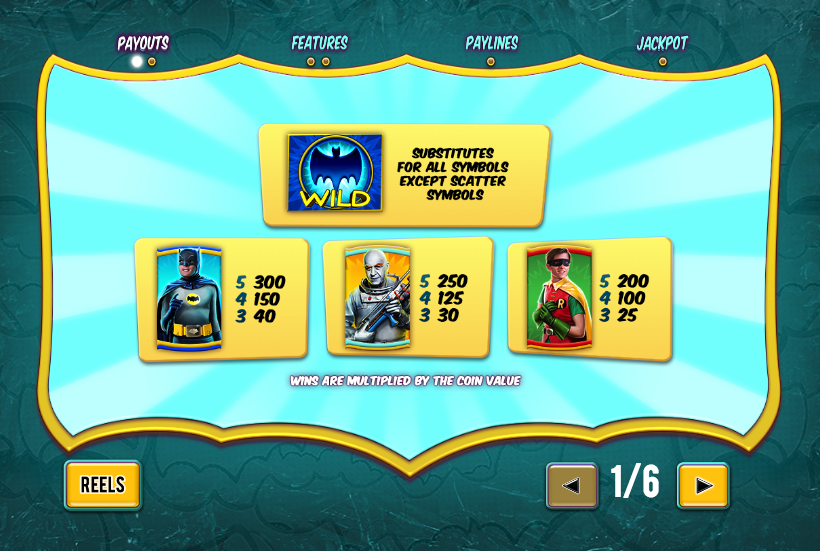 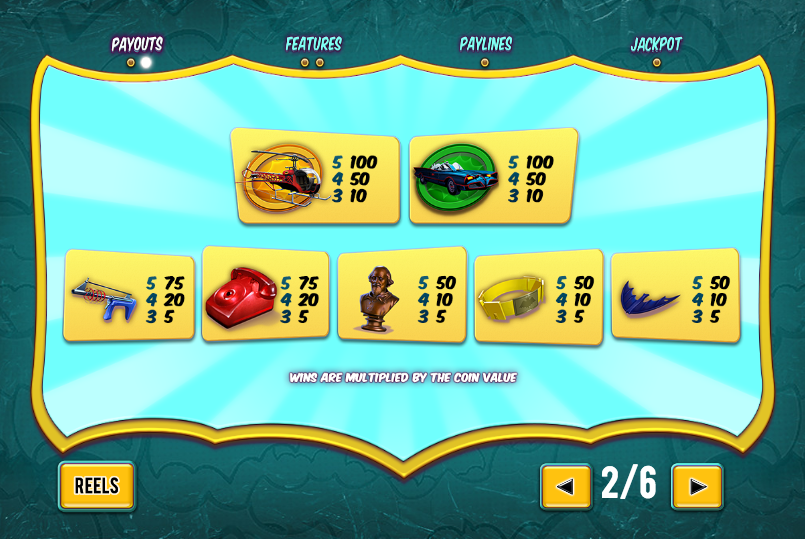 The Batman of recent years may be a tougher proposition but surely those of us of a certain age will always have a place in our hearts for Adam West’s comedic and slightly camp superhero from the 1960s; Batman & Mr Freeze Fortune is based on that character, it’s lots of fun and it come with the DC Super Heroes progressive jackpot.

Batman & Mr Freeze Fortune is a five reel slot with four rows and 1024 ways to win – there’s no payline structure and wins are formed as long as there are matching symbols in adjacent rows starting from the left hand side. The Polar Prize Vault occupies the centre of the reels and on the left hand side you’ll occasionally see some of Robin’s amusing exclamations pop up.

The symbols are all related to the theme and include Batman, Mr Freeze, Robin, the Batcopter, the Batmobile, the freeze gun, the red phone, the statue lever, the yellow wristband and the Batarang.

The wild symbol is the Bat signal and it will replace all others in winning combinations except for the ‘Bonus’ icon.

On each spin the prize vault can award one of four mini-features:

This is triggered by landing three, four or five of the Bonus scatter symbols anywhere in view for which you will receive 10, 12 or 15 free spins respectively on a set of reels with 2400 ways to win. All wilds will award a win multiplier of between 2x and 5x although two wilds in a winning combo will be multiplied together. There are no bonus symbols during this round which means the feature can’t be retriggered.

Batman & Mr Freeze Fortune is a slot with lots of charm and a faithful adherence to the original television series; the Polar Vault is an interesting concept and when you add the free spins and progressive jackpot it’s clearly a winner. It comes with an RTP of 96.04%.