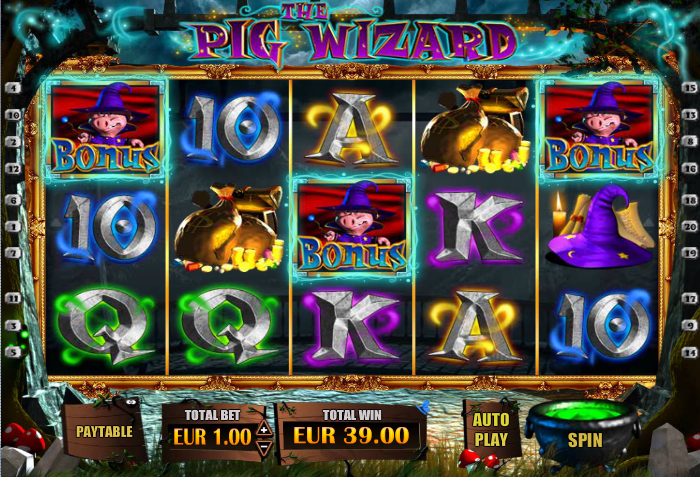 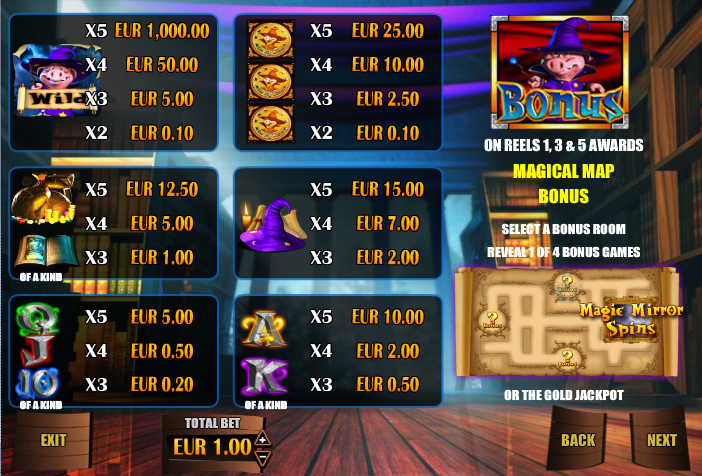 Every now and then a popular offline slot machine makes the transition to an online one and that’s what we have here with The Pig Wizard from Blueprint Gaming. It’s also known as Harry Trotter: The Pig Wizard which gives away it’s theme somewhat. Read the following review to find out more about this game which contains several bonus features and a progressive jackpot..

The Pig Wizard plays out over five reels and twenty fixed paylines and the whole atmosphere is one of magic, gloom and starlight. There are four main symbols which include a wizard’s hat, a spell book, bags of cash and big gold coins. The lower value symbols are the usual 10, J, Q, K and A but designed in a way that looks perilously close to infringing a Harry Potter copyright.

Special symbols include the Pig Wizard wild and the Pig Bonus icon which triggers all of the features.

The Pig Bonus symbol appears only on reels one, three and five but if you can land them there you will trigger this feature. You must now select a bonus room from the four available to play one of the following games:

There’s loads going on here which is always a bonus plus of course the progressive jackpot. The theme is certainly clever and amusing and the RTP is a fairly average 94.68%.