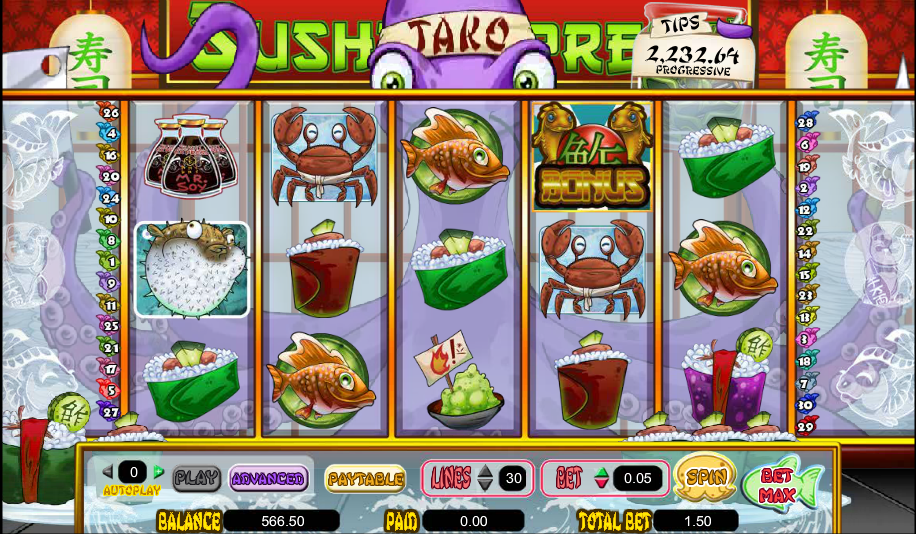 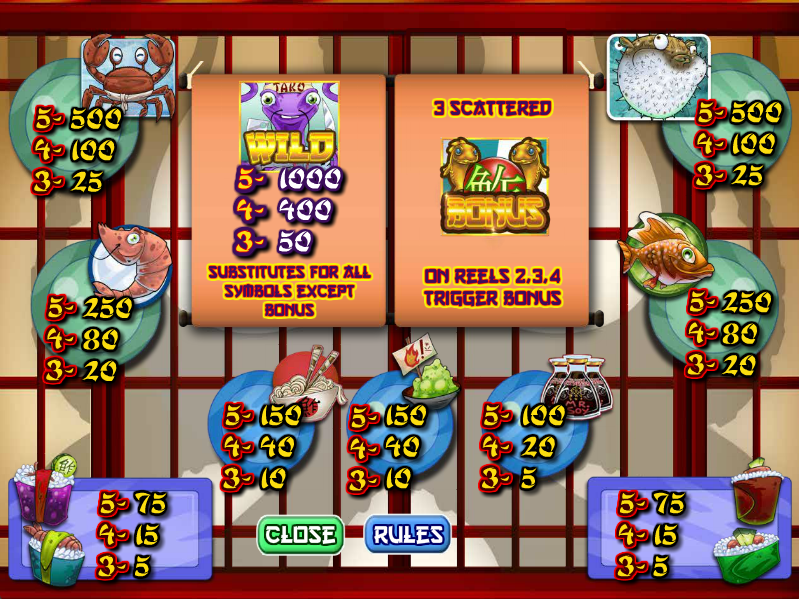 We have to admit that sushi is not our first choice when searching for a takeaway after a night out but there are occasions when a few lumps of raw fish wrapped in rice can be just the ticket. Sushi Express is an online slot which celebrates this staple of the Japanese diet in a colourful and amusing way and it comes with a progressive jackpot on the side.

Sushi Express is a five reel slot with three rows and thirty fixed paylines; the setup is one of the highlights here and through the transparent reels there’s a rather alarming purple octopus chopping up your ingredients. Below the reels there’s a little conveyor belt which transports plates of sushi around the restaurant.

Every standard symbol is related to theme and we have lots of ingredients including crab, shrimp, puffer fish, soy sauce and noodles among others.

The purple octopus chef is wild and he will substitute for all others except the bonus symbol – that’s a little Japanese sign in front of two goldfish.

This is triggered by landing three of the bonus symbols anywhere on reels two, three and four; as you can see from the video above the first part of the round is to pick ingredients from the sushi conveyor belt – this will award cash prizes and free spins and when you find the ‘Collect’ the free spins will start.

After each spin you will be prompted to pick one or two of the sushi ingredients on the reels which will be worth a cash prize – this is added to a running total below the reels. On the last spin there’s a chance that the sushi piece you pick will award the progressive jackpot, the total of which is shown in the tips jar above the reels.

The round is over when there are no more spins remaining.

We like Sushi Express – it’s colourful, lively, amusing and it’s got a enhanced bonus round which seems easy to trigger. It;s also got that progressive jackpot and an RTP of 95.10%.