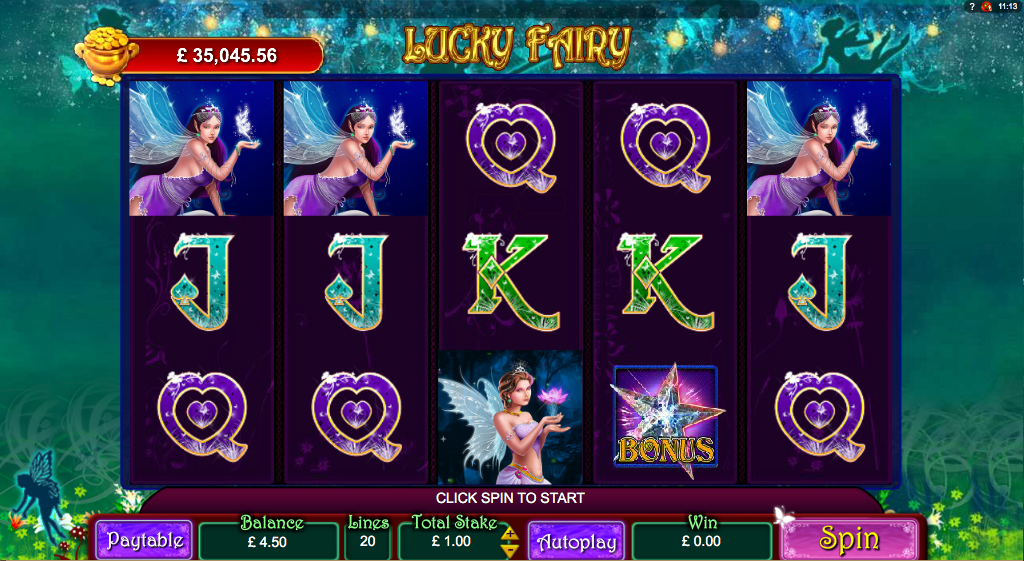 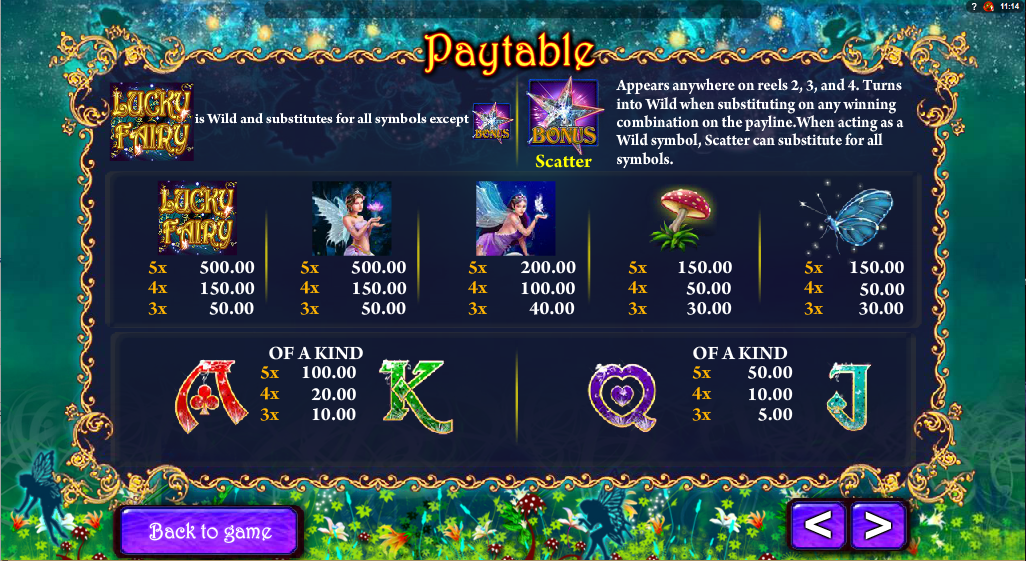 Do fairies need luck? Aren’t they naturally lucky creatures anyway, floating about in the forest looking pretty? Well who knows, but Lucky Fairy is the name of this online slot from Sigma Gaming and not only does it come with a creative bonus feature, it also has a progressive jackpot to aim for – read all about it here.

Lucky Fairy is a five reel slot with three rows and twenty fixed paylines; the reels themselves are quite plain but the backdrop suggests a fantasy world of haze and sparkles – the progressive jackpot total can be seen in the top left hand corner of the screen.

The four higher value symbols are two fairies, a toadstool and a butterfly; J, Q, K and A make up the lower values.

The sparkly Lucky Fairy logo is wild and will replace all others in winning combinations except for the star bonus icon which appears on reels two, three and four only and can also function as a wild symbol.

This is a randomly occurring base game bonus in which the Lucky Fairy will appear and upgrade a number of the standard symbol in view in the hope of a bigger win.

This is triggered by landing three of the star bonus symbols anywhere on reels two, three and four; you’ll now visit a second screen displaying a bonus trail so just spin the wheel on the left to move along it and collect multiplier prizes. If you’re lucky the fairy will appear and upgrade the trail from bronze to silver and then gold, increasing the multiplier values each time.

This is triggered while playing the Fairy Trail bonus by landing on the charms when spinning the wheel; collect three and you’ll get a spin of the Jackpot Chance wheel which will offer one of the following rewards:

Lucky Fairy is a charming game from Sigma Gaming with plenty of pretty graphics and several creative bonus features to enjoy; the progressive jackpot adds a bit of zip and there’s an RTP of 95.05%.