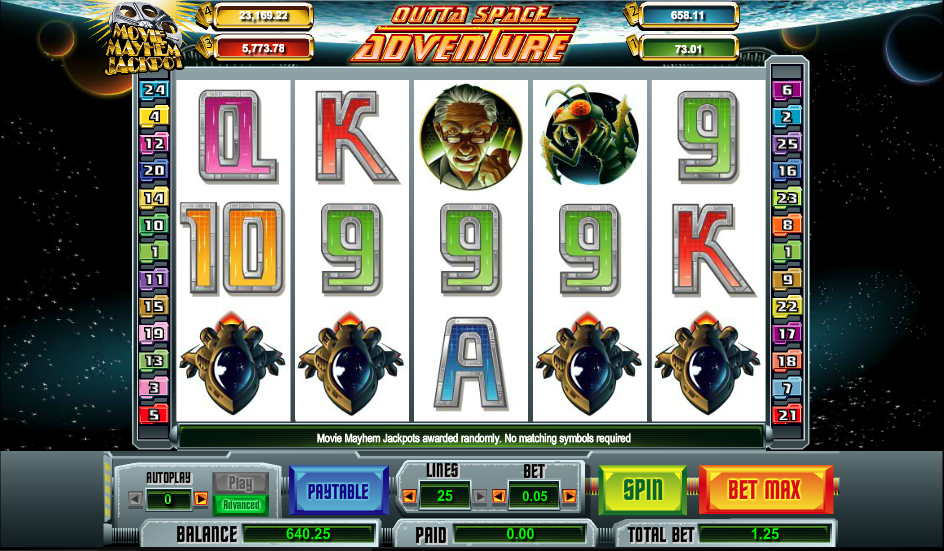 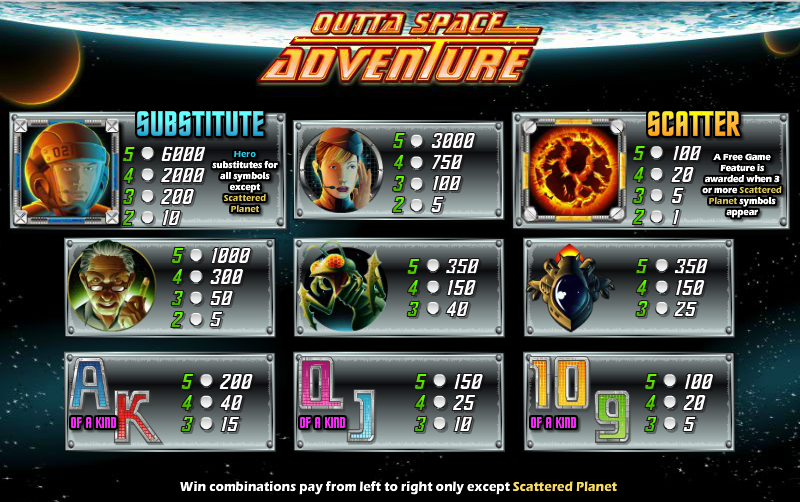 Somewhere in the lonely void of outer space there’s a small bunch of adventurers making their way amongst the planets and doing battle with some insect-like aliens. But they also have an online slot to keep them company and coincidentally it’s called Outta Space Adventure. It’s developed by Nextgen Gaming and as well as a free spins round, it also comes complete with NextGen’s Movie Mayhem progressive jackpot – read all about it below.

Outta Space Adventure is a five reel slot with three rows and up to twenty five paylines; a vast planet dominates the screen above the reels and there are various smaller ones in view, possibly a little too close together for safety.

The high value symbols are related to the theme and include the female pilot, the professor, an alien and a small spacecraft; 9, 10, J, Q, K and A represent the lower values.

Our hero astronaut is the wild symbol and he substitutes for all others except the scatter – that’s an exploding planet which activates the feature.

The four boxes above the reels contain the four progressive jackpot prizes ranging from the rather paltry up to top prize which will definitely brighten your day.

There’s a mini-game to play and it’s triggered randomly during the base game; once activated you must select from the items on offer to find movie tickets – the number of tickets found determines the jackpot win (if any).

Although this is randomly triggered, a bigger wager will give you a better chance of reaching the mini-game.

Outta Space Adventure is quite interesting but a little bit dated now; however we always like a progressive jackpot so why not check it out, there’s an RTP of 93.87%.