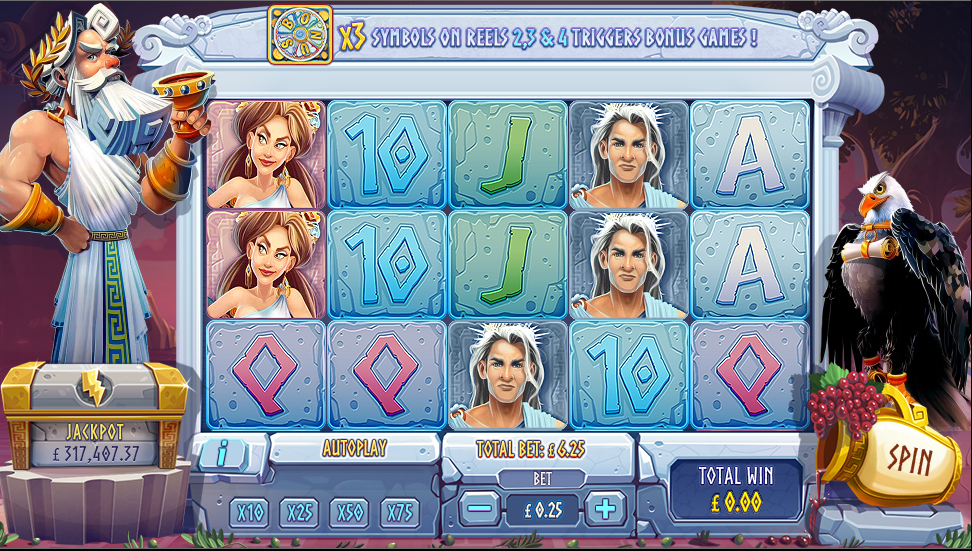 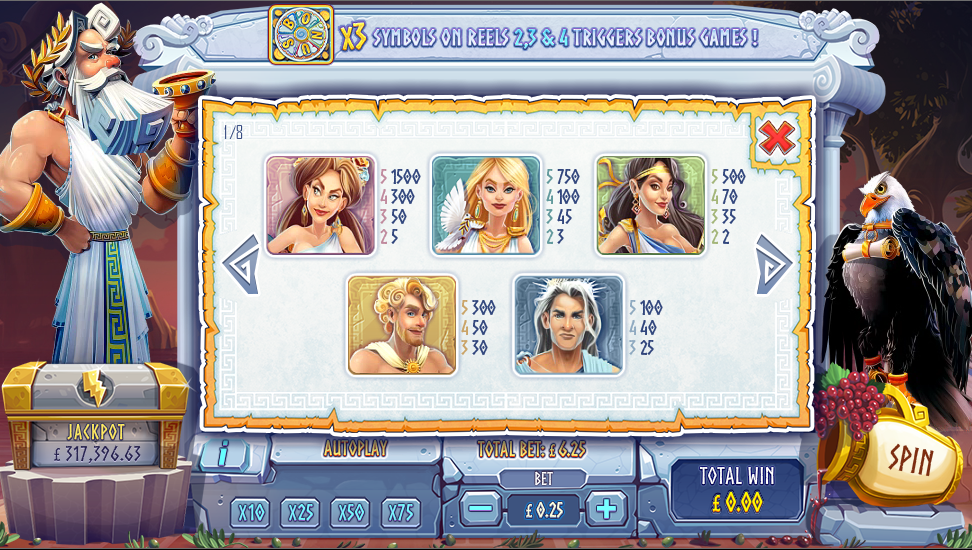 Let’s take a trip back to Ancient Greece to a time when the gods watched over their charges from the lofty heights of Olympus; those deities are the theme of Gods of Gold, an online slot from Random Logic which includes several bonus features and a progressive jackpot.

Gods of Gold is a five reel slot with three rows and twenty five fixed paylines; those reels spin on a stone tablet and to the left hand side stands Zeus, enjoying a drink and watching over the progressive jackpot treasure chest.

The high value symbols are a collection of five gods – three female and two male which could include Aphrodite, Ares and Diane but it’s difficult to say exactly. 10, J, Q, K and A make up the lower values.

The wild symbol is a temple and it will substitute for all others in a winning combo except the bonus icon and the Lightning Wild.

This occurs when the Lightning Wild symbol appears anywhere on reel three; between two and four extra wilds will now be added to the reels where they will remain for up to three free spins.

This is triggered by landing three of the bonus icons anywhere on reels two, three and four; you will now get to spin the Wheel of Fortune which will firstly determine a multiplier and then one of five picking games denoted by the icons shown below. The prizes in each game are multipliers which are applied to your total bet.

The progressive jackpot is won randomly but a larger bet and more paylines will increase the chance of winning the big bucks.

Gods of Gold is a very good-looking slot with lots going for it including a variety of bonus features and of course that tasty progressive jackpot; there’s some big wins in the Lightning Wild feature and an RTP of 94.87%.