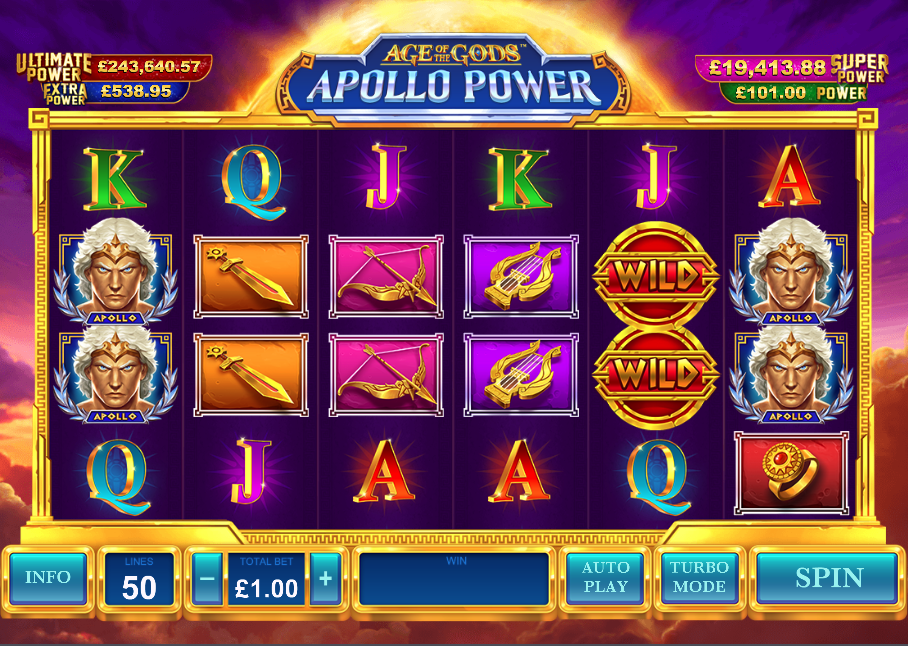 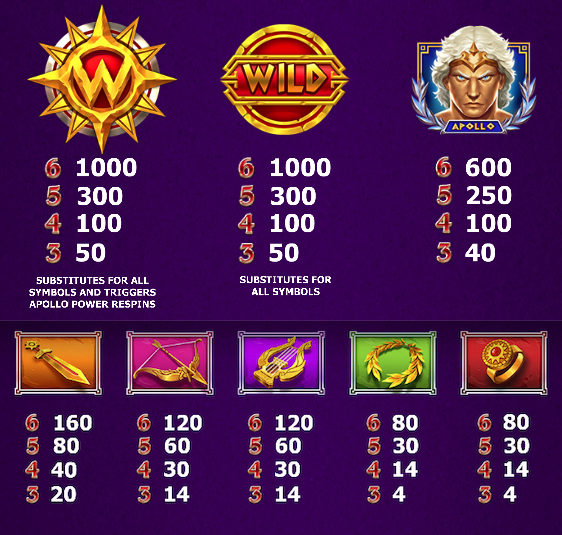 Anyone familiar with this Playtech series of online slot machines should by now have a pretty good grounding in Greek mythology and will surely know that Apollo was the god of healing as well as the son of the mighty Zeus; he’s also the main character in Age of the Gods: Apollo Power, a game which offers players wild respins and a legendary progressive jackpot.

Age of the Gods: Apollo Power is a six reel slot with four rows and fifty fixed paylines; those gold-framed reels float up above the clouds somewhere close to Olympus, the famed home of the Greek gods.

The high value symbols include Apollo himself, a sword, a bow and arrow, a harp, a wreath and a gold ring; J, Q, K and A represent the lower values.

There are two wild symbols, the golden ‘Wild’ and the golden sunny ‘W’ – both will replace all other symbols to help form winning combos but the latter has a feature attached also which is explained below.

This is triggered each time the sunny ‘W’ wild symbol appears on the reels and then with each subsequent spin it will move to a neighbouring position, leaving a trail of regular wilds in its place. The good stuff ends when it circles back to its original position but hopefully by then there’s a load of wilds on the reels.

Age of the Gods: Apollo Power is one of the simpler slots in this epic series but the Apollo Power Respins trigger more often than you might expect; those among us with a bit more luck can look forward to landing one of the jackpot prizes as well.