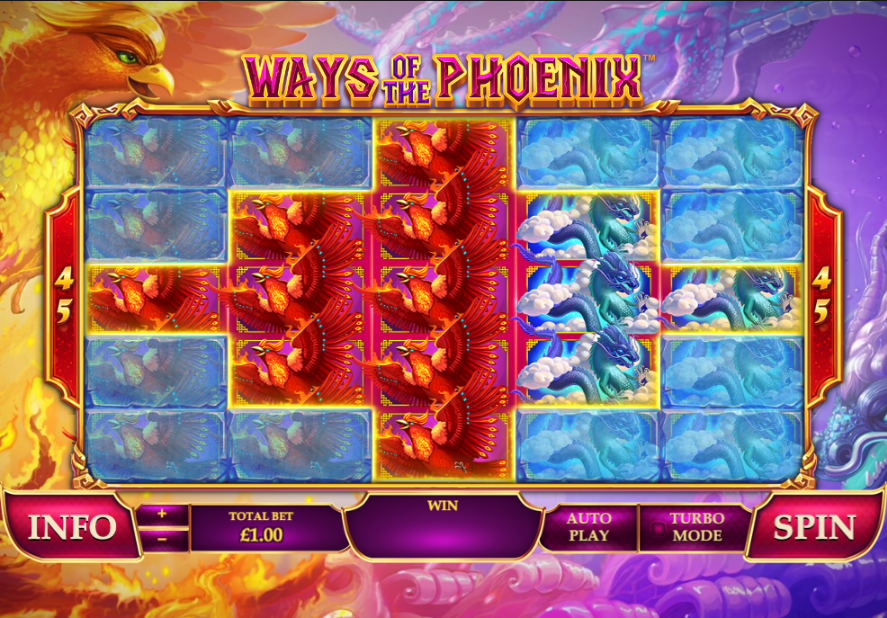 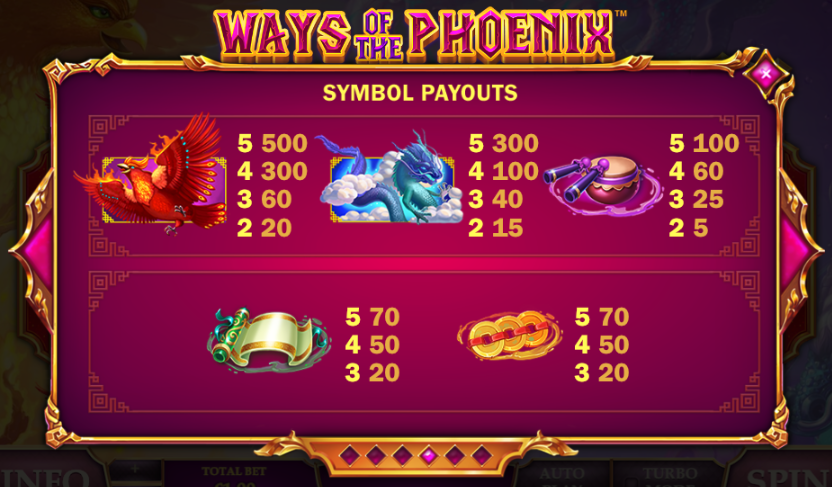 The phoenix is the legendary bird which rises from the ashes of its predecessor and it’s the theme of this colourful online slot from Playtech; it’s called Ways of the Phoenix and it features free spins as well as paylines which increase with each winning combination.

Ways of the Phoenix is a five reel slot with four rows and up to 3125 ways to win (we’ll explain how the paylines work shortly); those gold-framed reels float against a backdrop of colourful birds and swirling fire with a suitably dramatic musical soundtrack.

The higher value symbols include a red phoenix, a blue dragon, a drum, a scroll and some Chinese coins; gems in purple, blue, light blue, turquoise and green represent the lower values.

The wild symbol is a golden claw which will substitute for all others to help make winning matches except for the purple scatter icon.

The reels begin in the position shown above with only the symbol positions in red active and just forty five paylines; each successive winning combo will unlock extra positions and increase the paylines available up to the point where all positions are unlocked with 3125 paylines. The number of paylines are as follows:

A non-winning spin will reset the paylines back to forty five.

This is triggered by landing at least three of the phoenix scatter symbols anywhere in view – the scatters do no need to be in the unlocked area. Three, four or five phoenixes will award 8, 20 or 50 free spins respectively.

With each spin in this round the number of paylines increases by one level with no reset – this will also carry over back into the base game. Landing at least two scatter symbols during this round will award two extra spins.

Ways of the Phoenix uses a very clever gameplay mechanism which veterans of slot machines will recognise from Net Ent’s Reel Rush from a few years back; still it’s a welcome return and it adds to a compelling game which we can certainly recommend.