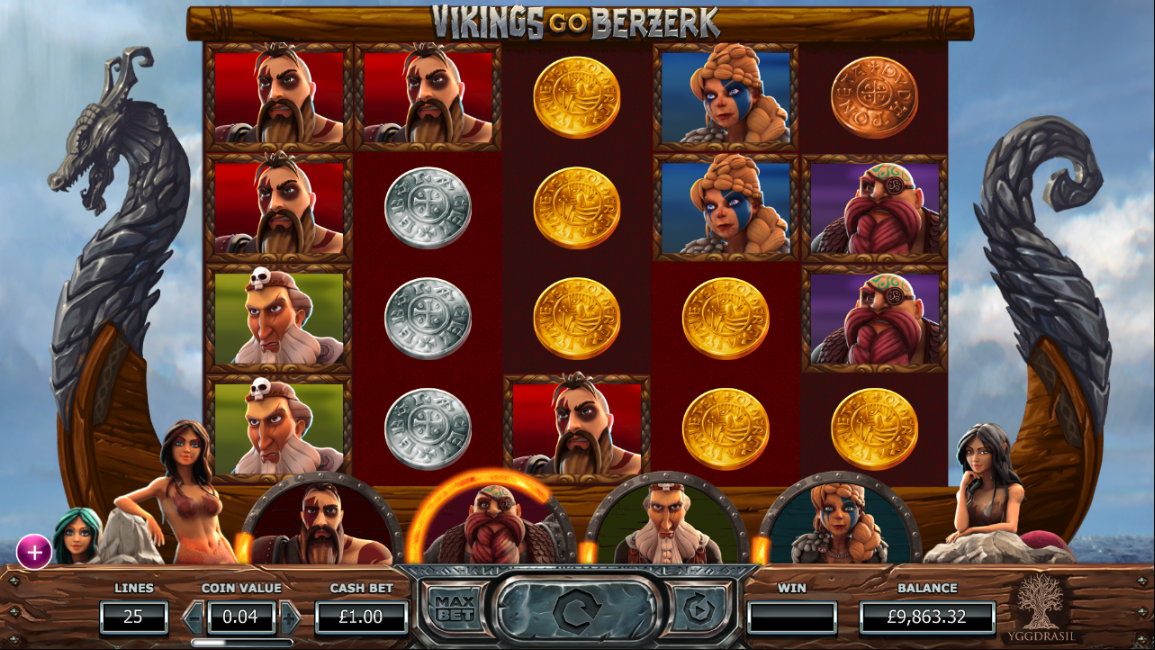 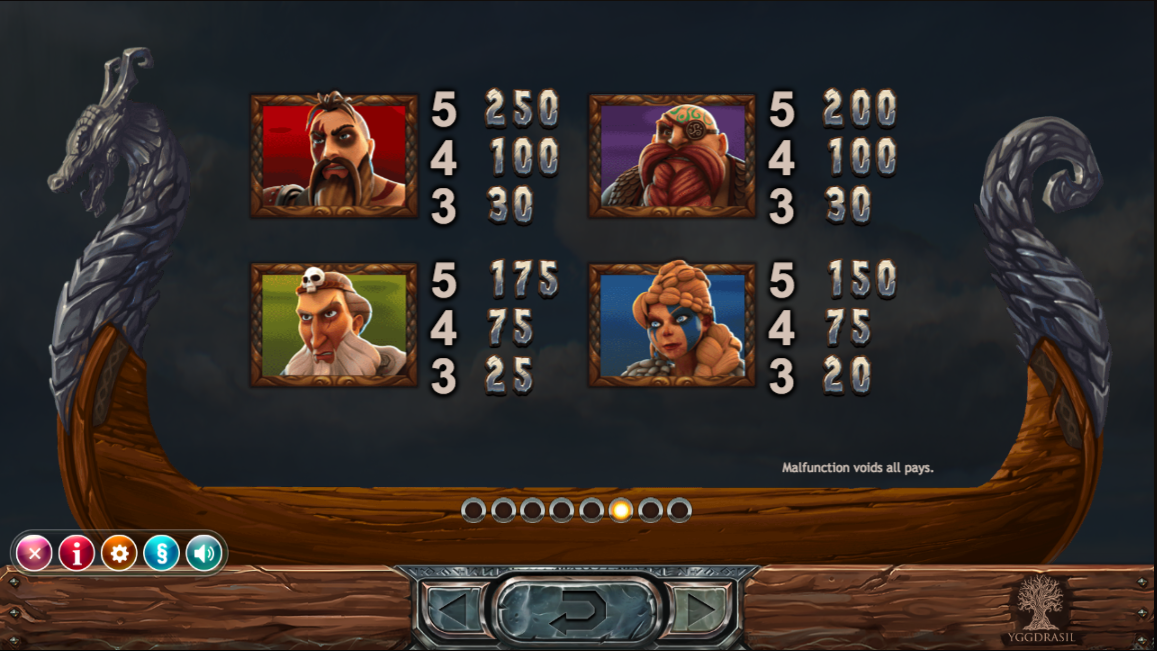 Remember the Scandinavian hordes from an online slot called Vikings Go Wild? Well nw they’re back to create more mayhem in this releases from Yggdrasil Gaming; it’s called Vikings Go Berzerk and this time our heroes are battling the high seas and the threat of the Sirens – the mythological creatures who lured sailors to their deaths with enchanting music.

Vikings Go Berzerk is a five reel slot with four rows and twenty five fixed paylines; those reels spin on the sails of a Viking longboat, no doubt on it’s way for a day of pillaging and plunder.

There are eight standard symbols here, the higher values of which are fearsome characters from this story while the others are four coins of varying colours and values.

The wild symbol is a large shield with ‘Wild’ emblazoned on the side and it will substitute for all others to form winning combos except for the Free Spin icons. There are also treasure chests which appear on reels four and five which are explained in more detail below.

This is triggered by landing three, four or five of the Free Spins scatter symbols anywhere in view for which you will receive 7, 14 or 21 free spins respectively with one of the following features randomly assigned:

All Vikings can become sticky wilds during this round by fighting off the Siren; this is guaranteed to happen if they are in Berzerk mode. The fight takes place if a Viking lands on the reels, but they won’t win very often. You can’t retrigger more spins from within this round.

The following prizes are awarded whenever one of the treasure chests lands:

During Ragnarok Free Spins the Vikings are always Berzerk and will always defeat the Sirens.

Below the reels are four meters corresponding to the four Vikings and each time you make a winning combo featuring that character this ‘rage meter’ will fill up a bit more; when it’s full you’ll be awarded seven free spins with that particular Viking in Berzerk mode.

Vikings Go Berzerk is an excellent, action-packed slot with some great graphics and plenty of well-designed bonus features; it’s a worthy sequel to Vikings Go Wild and it comes with an RTP of 96.10%.