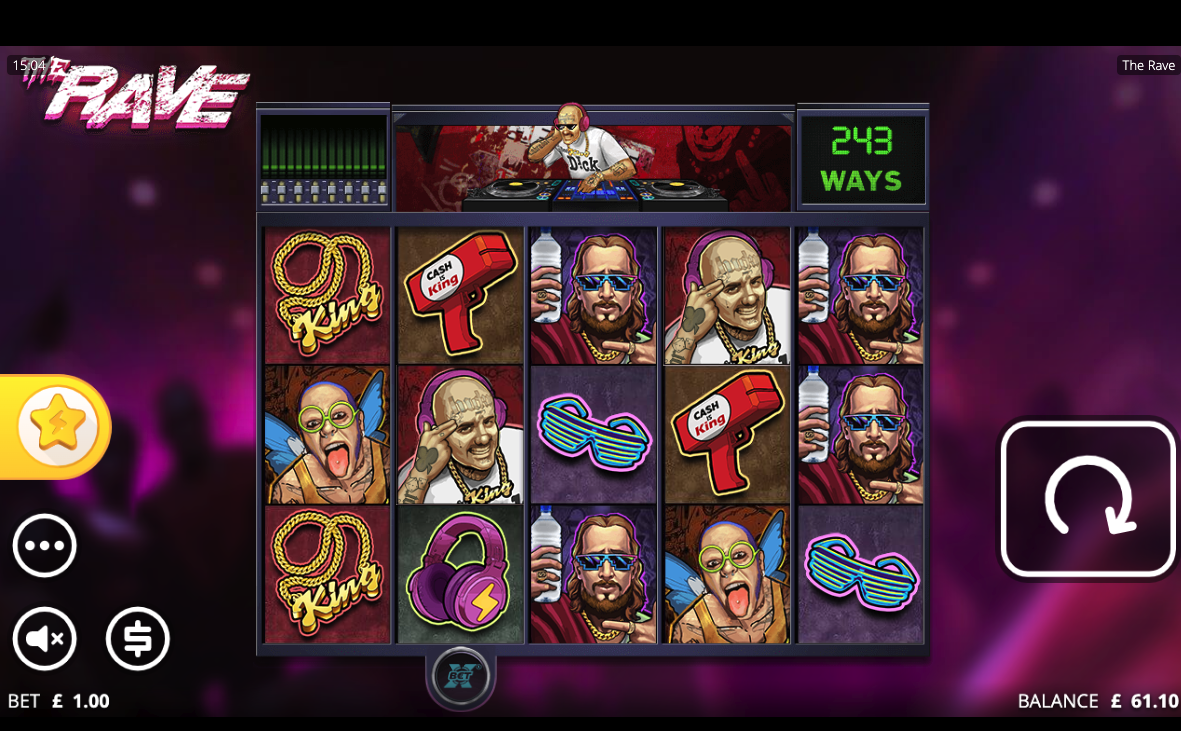 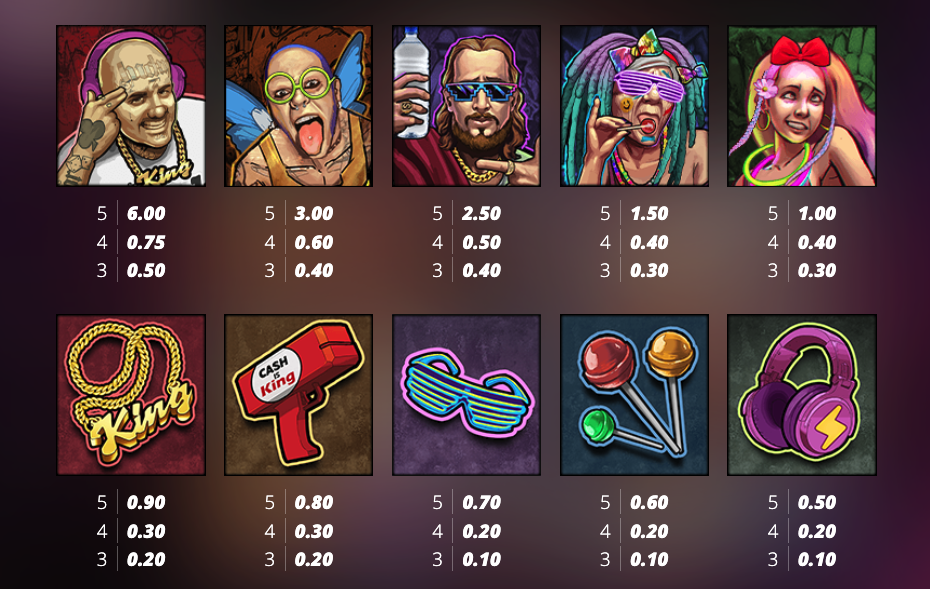 With games such as Punk Rocker and Punk Toilet among their recent offerings Nolimit City are carving out something of an anarchic niche for themselves and The Rave adds to that sense of counterculture. It’s an online slot which takes us back to the early days of dance music, encompassing hedonism, sharp tunes and a lack of drinking water; the fun continues with bonus features such as Drop The Bass, Enhancer Cells and Murder On The Dance Floor free spins.

The Rave is a five reel slot three rows and 243 ways to win; as you might expect house music accompanies the gameplay and there’s a DJ above the reels undertaking some unusual – some might say obscene – dance moves.

If you were around the clubs during this period then you’ll surely recognise the five main characters who are the higher value symbols – the tattooed DJ, the girl with angel’s wings, the guy who just drinks water, the older dreadlocked woman and the hippie chick enjoying her illicit substances; the DJ’s necklace, the plastic gun, the sunglasses, the lollipops and the headphones are the lower values.

The familiar smiley face is wild and the scatter symbol is the Drop The Bass icon.

An xWays symbol landing on the reels will transform into a regular symbol which will expand to be between two and six positions high. The number of paylines will increase accordingly and are shown in the top right hand corner.

If two xWays symbols land on the same reel it will become completely wild with between six and eleven wild symbols occupying that position. A full screen of wild symbols will award the top prize of 41,500x the stake.

If just two scatter symbols land on the reels they will transform into xWays symbols, xSplit Reels (each reel symbol is split in two and it becomes a wild) or a regular wild. High value symbols may also appear there.

Landing three, four or five of the Drop The Bass scatter symbols anywhere on the reels will award the Murder On The Dance Floor or God Is A DJ free spins.

One of the following mini-features will trigger at random in Murder On The Dance Floor and on every spin during God Is A DJ:

Click this button below reel two to spend an extra 20% but guarantee a scatter above.