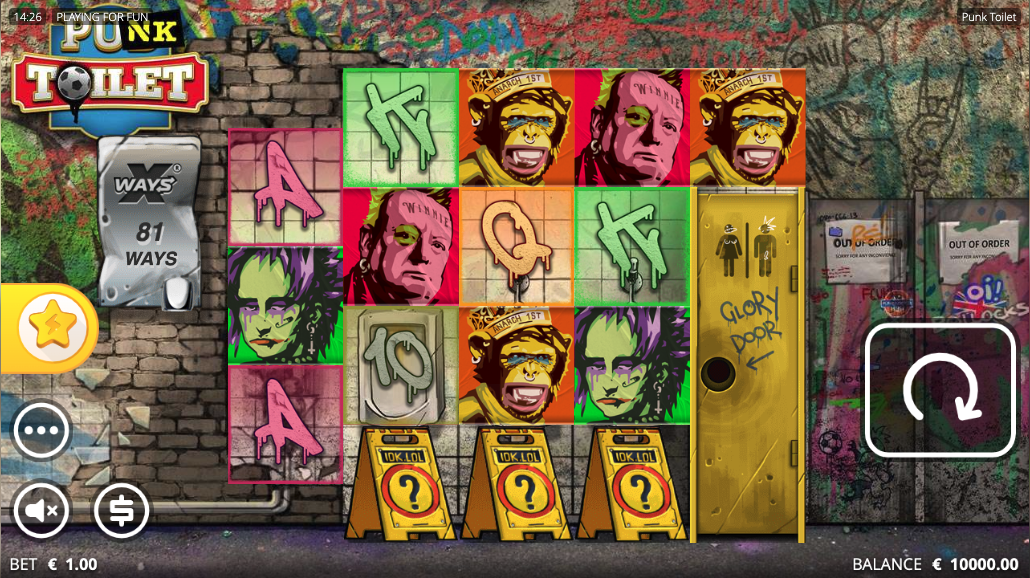 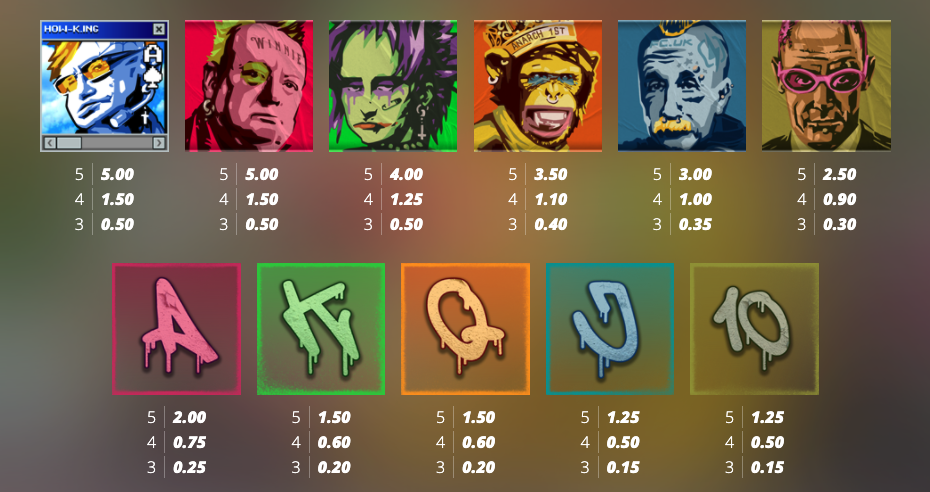 Punk Rocker was an online slot released a few years ago by Nolimit City which entertained as well as managing to push the boundaries of taste back a little – Punk Toilet is the successor which smashes right through that boundary and takes us into the realms of glory holes, urine and faeces while promising players various free spin modes and the Glory Door bonus features.

Punk Toilet has a 3, 4, 4, 4, 4 reel setup with eighty one paylines but on each spin the lowest rows on reels two, three and four are warning signs while the Glory Door covers the lower three rows and reel five. The setting is a grim toilet inside some punk venue where the muffled sound of music can be heard through the walls and graffiti covers every disgusting square inch of the toilet interior.

The high value symbols are all those famous punk versions of famous people such as Stephen hawking, Winston Churchill, Einstein and a monkey while the lower values are graffitied 10, J, Q, K and A; the log is wild and the special symbols are the toilet sign, xWays and the question mark scatter.

The signs on the bottom of reels two, three and four can be clear by landing one or two scatter symbols on the same reel; what’s uncovered will be an expanded character symbol (but not Hawking) and the scatter symbol will drop onto this character, adding a beer into their hand and becoming wild.

The Glory Door can be opened by landing the toilet symbol in the free space on reel five and when this happens there can two outcomes:

An xWays symbol landing on the reels will transform into a regular symbol or a wild; xWays symbols can be between two and six positions high.

P!$$ Spins – triggered by three scatter symbols, you’ll receive six free spins with all urinal positions open and occupied by an expanded character; scatter symbols award an extra spin and upgrade the win multiplier which appears on the same reel in the urinal spot.

$H!T Spins – this is triggered by landing three scatters and a toilet symbol or by activating the Glory Door feature during P!$$ Spins. This is similar to P!$$ Spins except that the Glory Door will always be open.