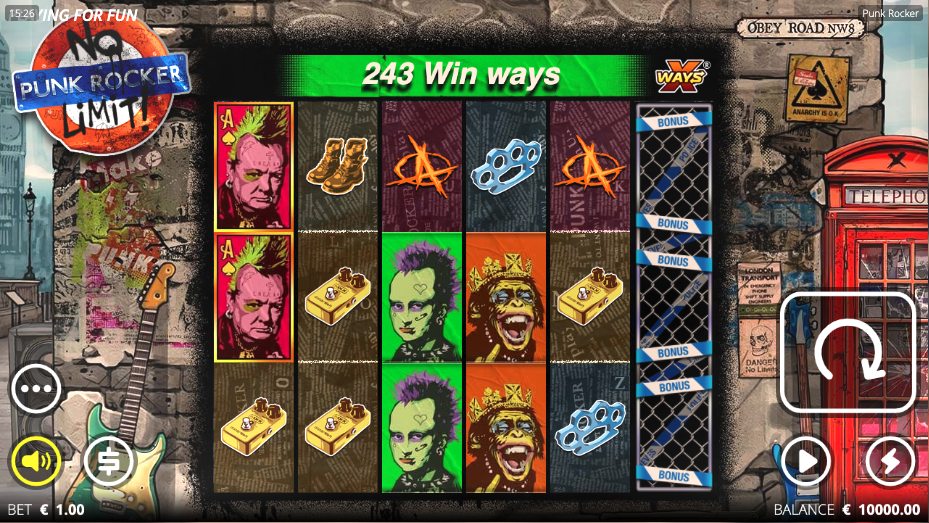 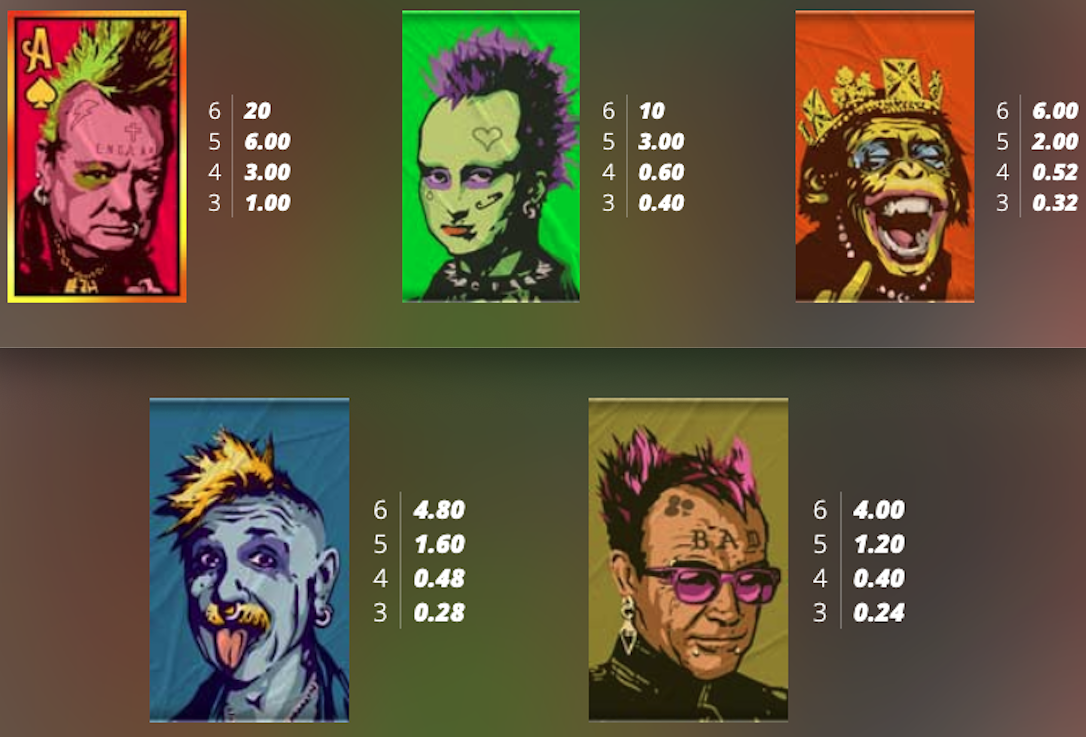 Depending on your point of view the era of the punk was either a refreshing dab of civil disobedience and high energy music or a descent into anarchy and lawlessness; Punk Rocker is an online slot from Nolimit City that takes us back to that time with the promise of free spins, locking wilds and up to 46,656 paylines.

Punk Rocker is a five reel slot with three rows and 243 ways to win in regular gameplay; punk music accompanies your gameplay which takes place against the backdrop of a dilapidated London wall, covered with worn posters.

The higher value symbols are a selection of famous ‘punked up’ people including Winston Churchill, the Venus de Milo, a monkey, Albert Einstein and a chap we can’t quite place; lower values include the Anarchy logo, a switch, a Molotov cocktail, a knuckle duster and a pair of boots.

The wild is a helmeted skull holding a Molotov in its teeth and when it lands it will turn all positions above wild as well; it will replace all standard symbols to help form winning combinations. The tube Bonus and the XWays symbols are the special ones.

This is Nolimit City’s payline configuration in which a mystery symbol will land and transform into one up to six positions high, all displaying matching symbols. The more of these which land, the higher the number of active paylines and a punk symbol may expand up to twenty positions high.

Landing two of the bonus symbols awards one Riot Respin in which all scatters become locked wild Molotovs and the sixth reel is used to increase the winning potential.

Eight Anarchy or Civil War free spins are triggered this by landing three or four of the bonus symbols anywhere in view respectively; Jumping Wilds will move around the reels and the sixth reel is unlocked. In addition you may receive a wild multiplier, more XWAYS symbols, extra spins, all reels six high and extra Jumping Wilds via the enhancers above the reels.

As punk fans we were always going to like this slot but it’s even better than it could have been – Punk Rocker brings the grime of the 1970s and 1980s to life and recalls perhaps the last era of protest subculture. It’s a really enjoyable game with lots of exciting bonus features and you’ll return to it for sure.