The lights, glamour and cheesy grins of a television studio form the backdrop to this quiz show-themed online slot from Revolver Gaming; it’s called The Big Deal and it offers players a Wheel of Fortune bonus feature with six different glitzy prizes. The Big Deal is a five reel slot with four rows and thirty […]

Animals and criminality have been known to come together before as the themes of an online slot machine but here’s another which also acts as a tribute to Goodfellas, one of the standout mafia films from the 1990s; it’s called Goodfishes, it’s developed by Revolver Gaming and it comes with six separate bonus features. Goodfishes […]

If you’re after a superhero who probably won’t ever get signed up to Marvel’s roster of crimefighters then look no further than Multiplier Man – he’s the theme of this online slot from Revolver Gaming and although he can get changed very fast, we’re not sure what else he can offer…. Multiplier Man is a […] 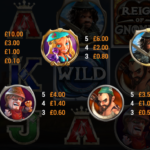 George R. R. Martin’s fantasy epic Game of Thrones may have reached a conclusion but that doesn’t mean the swords and sorcery has to stop, especially in the world of the online slot machine; here we have Reign of Gnomes, a release developed by Revolver Gaming offering players a glimpse into a mystical land along […] 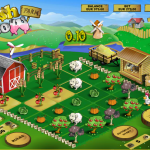 If we were asked to describe Cash Cow without access to visual aids of any sort we might describe it as a cross between Farmville, noughts and crosses and a slot machine; then we’d discard that explanation and start again, eventually giving up.  Fortunately we have access to the game and screenshots and can explain […]