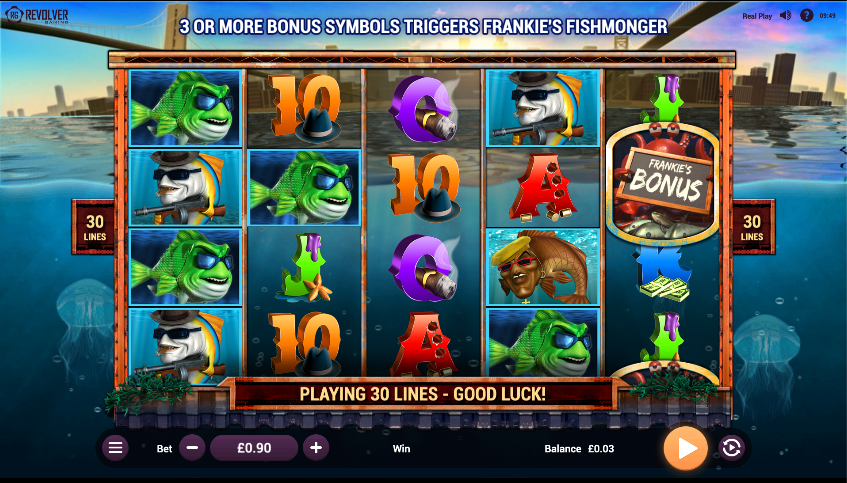 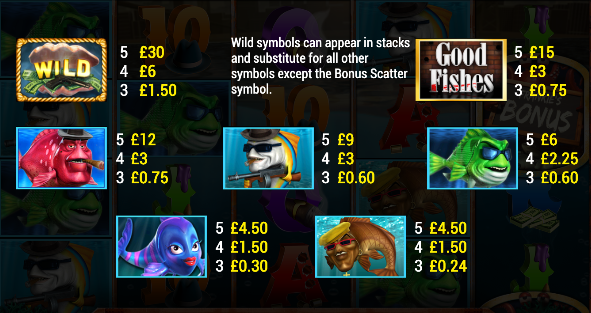 Animals and criminality have been known to come together before as the themes of an online slot machine but here’s another which also acts as a tribute to Goodfellas, one of the standout mafia films from the 1990s; it’s called Goodfishes, it’s developed by Revolver Gaming and it comes with six separate bonus features.

Goodfishes is a five reel slot with four rows and thirty fixed paylines; those reels are half submerged beneath the harbour water where jellyfish swim while the city is visible in the background.

Five fishy characters from this story and the Goodfishes logo represent the higher value symbols while 10, J, Q, K and A make up the lower values.

The cash-filled oyster is wild and it will replace all standard symbols to help form winning combos; Frankie’s Bonus is the scatter symbol.

Landing at least three Frankie’s Bonus symbols anywhere in view will trigger the feature in which you’ll get to pick one of the fish on show to determine one of the following features: