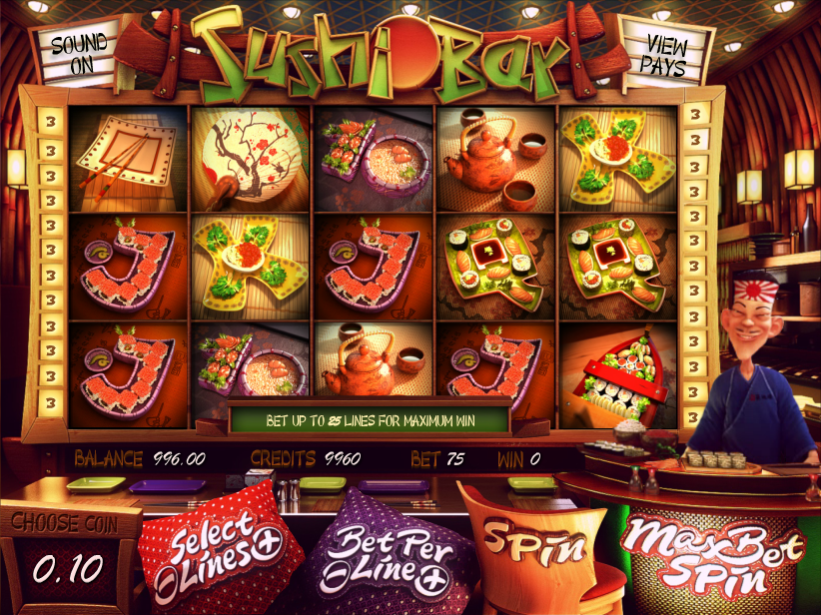 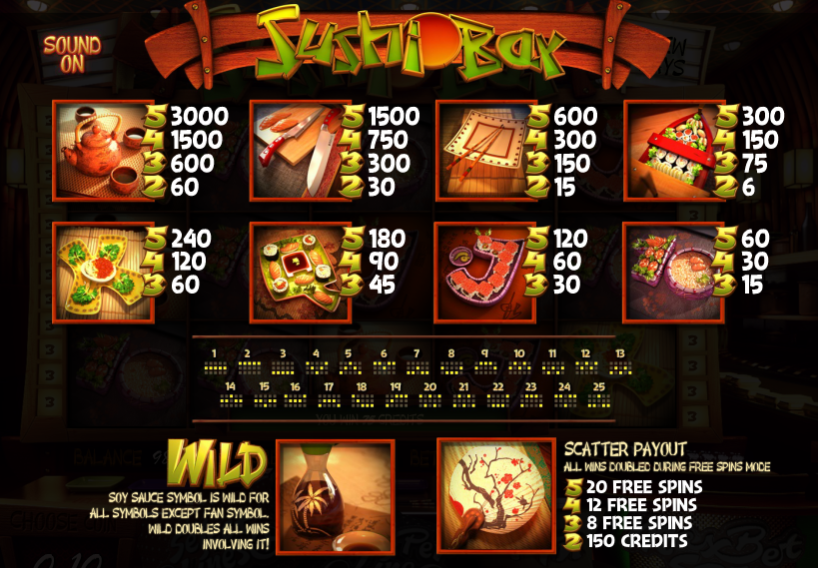 Raw fish anyone? Of course sushi is much more appetising than it sounds and it’s popular enough to have several dedicated online slots already including So Much Sushi and Sushi Express; let’s add to that list by introducing Sushi Box, a high quality release from Betsoft Gaming which introduces us to Chef Haru and his fishy, ricy creations. It comes with a free spins round and some amusing sound effects.

Sushi bar is a five reel slot with three rows and up to twenty five paylines; those reels spin on a wooden frame against a backdrop of Chef Haru’s restaurant and the man himself will keep you entertained with a string of sushi-related statements.

The four highest-value symbols are a Japanese tea set, some sharp knives, an empty plate and a selection of sushi; the usual J, Q, K and A are also here but each is designed in the shape of a plate full of tiny bits of raw food.

The wild is represented by a bottle of soy sauce and not only does it substitute for all other symbols, it will also double any wins to which it contributes; it won’t replace the scatter icon which is an ornate Japanese fan.

This is the only extra feature and it’s triggered by landing three or more of the Japanese fan scatter symbols for which you will receive:

You’ll even get 150x your line bet for landing two scatters and all wins during this round are doubled also – not too shabby.

Sushi Bar may not have the complexity of some other Betsoft games but it retains the high graphical quality with lots of amusing sound effects and a pretty lucrative free spins round – it’s well worth a go.